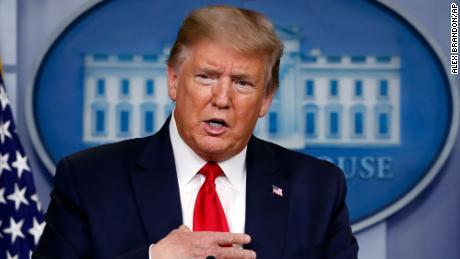 Speaking during a White House briefing tonight (Monday) the President said, “Stanley Chera was a friend of mine for a long time. He was a great real estate person, great, great, sort of a legend in New York real estate.”

Mr Trump said the co-founder of Crown Acquisitions called him last month after testing positive for COVID-19. “He went to the hospital and he never came out,” said Trump. “He went into a coma. He was unconscious for a long period of time and he never made it. A great man.”

Mr Chera was a longtime Republican supporter and donated more than $400,000 to the Trump presidential campaign.

The President recalled, “He was so excited when his friend from New York became the President of the United States. He was like a young boy, he was so excited. He thought we’d do such a good job and was so happy and very proud of what we have done in this Administration.

“But he was tested positive and, unfortunately he didn’t make it. To me, it’s a very sad thing.”

According to multiple reports, it was Mr Chera’s illness that caused the president to abandon his plan to ease social distancing guidelines by Easter. The 78-year-old developer, who introduced Trump at last year’s Veterans Day Parade, had been diagnosed positive along with his wife, Frieda.

While she recovered, Mr Chera was admitted to New York Presbyterian Hospital and placed on a ventilator.

Mr Chera had been one of Trump’s closest friends and part of New York City’s inner circle of power players that included Charles Kushner, father of Trump advisor, Jared Kushner.

Virus claims three of industry’s own