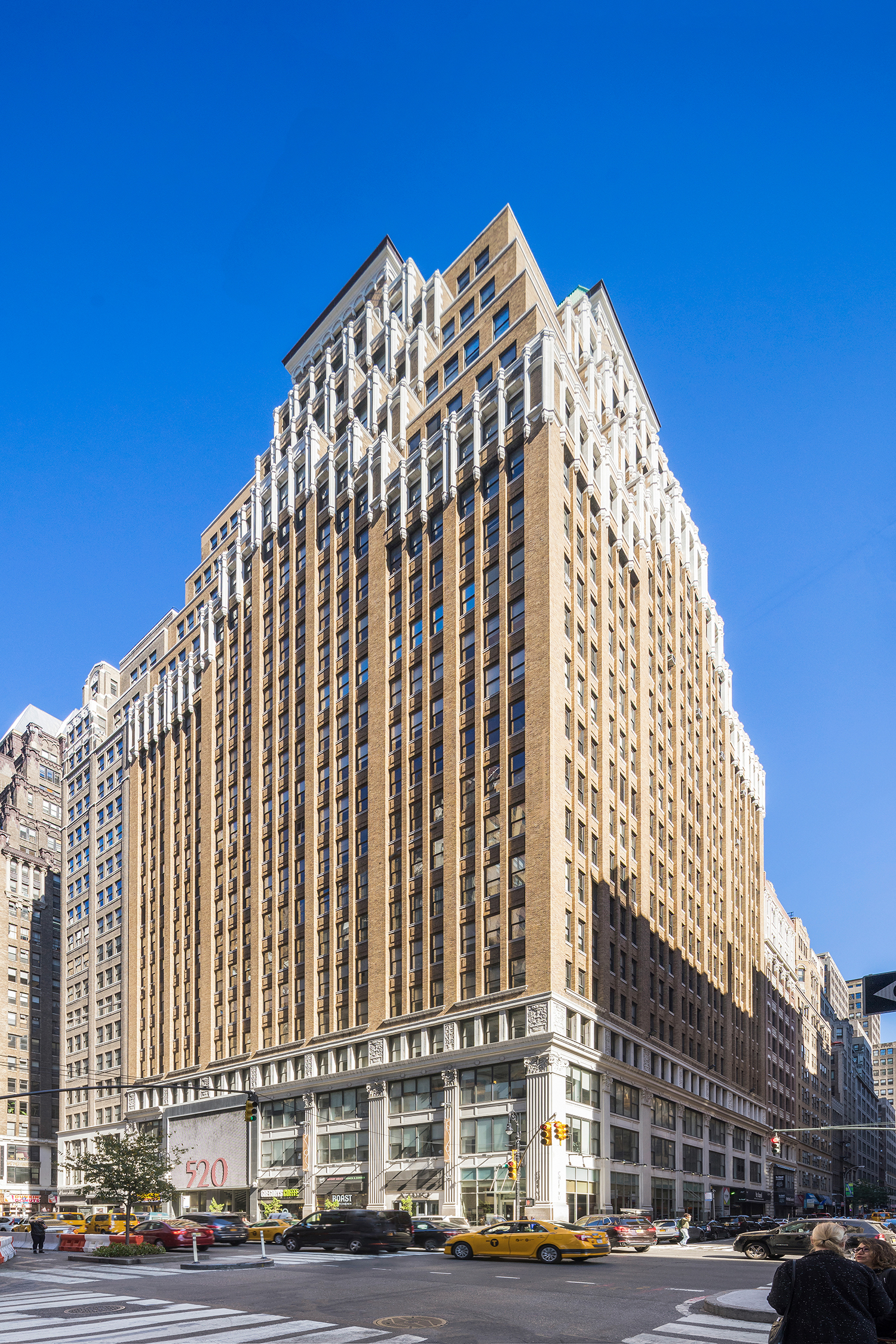 GFP Real Estate, LLC is pleased to announce that Eric Winterling, Inc., one of New York City’s premiere – and largest – custom costume studios providing end-to-end solutions for custom costume and dressmaking, including custom beading and embroidery, fabric dyeing, costume aging, and tailoring, has signed a ten-year lease for 11,152 square feet on the 10th floor of 520 Eighth Ave. in the Garment District.

From the Broadway playhouse to the Hollywood sound stage, Eric Winterling, Inc. has created costumes across entertainment and commercial media for more than 30 years.  The company, which also offers comprehensive global sourcing and buying for fabrics and notions, has designed costumes for The Marvelous Mrs. Maisel, The Gilded Age, Wicked, Tina, The Cher Show and Disney’s Broadway production of Frozen, among countless others.

Eric Winterling, Inc. will use its new space for its executive offices and design and production studio, joining a number of well-known theater and entertainment-related tenants at the building including ASPCA, The Alliance of Resident Theaters, The Shubert Organization, Ripley Grier Studios and The Theatre Development Fund, among others.

“Eric Winterling is one of the most sought-after costume designers in the world.  The company chose 520 Eighth Ave. for its proximity to its clients in the Theater District, its suppliers in the Garment District, and the many film studios in Brooklyn in Queens, which are a short subway ride from the building,” said Mandell.

Built in 1926, the 26-story office tower comprises more than 860,000 square feet in New York City’s famed Fashion District near Hudson Yards, Herald Square, Times Square, Madison Square Garden and Penn Station. The building is in close proximity to the Port Authority bus terminal and provides convenient access to numerous transportation lines, including the A, C, E, 1, 2, and 3 trains, as well as the Amtrak, LIRR and NJ Transit lines.

AMAC AND ROVR Development Announce Groundbreaking and Closing of a Construction Loan on a 180-Unit Multifamily Development in Hollywood, Florida Called Griffin 441