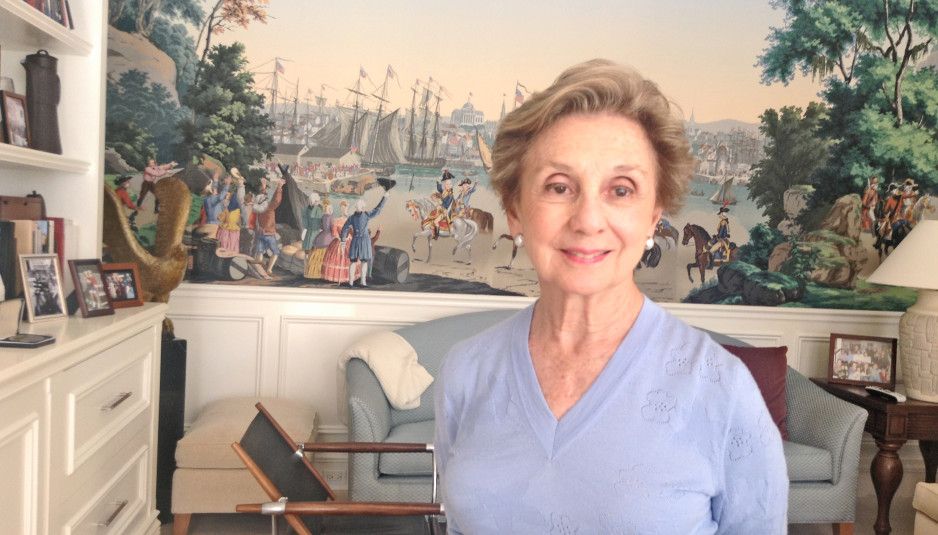 The Upper West Side in the 1960s was a far cry from the cultural enclave it is today. The area was plagued by swathes of crime and drug corridors and shabby housing occupied by squatters and boarders.

In spite of all that, Merle Gross-Ginsburg, a Texas native, not only decided to move there, but to purchase a Brownstone.

“It’s hard to describe New York City in the early 60s,” Gross-Ginsburg recalled. “The Upper West Side had a very diverse population where Central Park West and Riverside Drive were lovely avenues with lots of people living in comfort and Broadway was a very commercial street, but the avenues then became crime-ridden and unsafe.”

Gross-Ginsburg said it was around this time that “suburban flight” began occurring and the Upper West Side saw its Brownstones becoming rooming houses for low-income tenants.

Still, it was at this time she decided to buy a Brownstone for $46,000 with a $10,000 down payment. Gross-Ginsburg purchased her first property on West 77th Street. It had enough space for 12 roomers and two units that she and her husband at the time converted into their apartment.

Today, she attributes the purchase to “youthful naivete” and not yet understanding what the neighborhood was like and the difficulties attached to owning and managing a property.

However, Gross-Ginsburg persisted in the hope that her efforts would contribute to the growth of the Upper West Side into a neighborhood that would attract young families and couples.

Her work attracted more attention as she was later asked to help operate another property and became the first person to create a private Brownstone co-op in New York City.

But as the market shifted, Gross-Ginsburg had to find work elsewhere and landed at an Upper East Side real estate company called Edward S. Gordon Company.

Originally tasked with selling Brownstones and co-ops, she stayed late one night and decided to organize the office.

The higher-ups took notice and she was subsequently called in by Edward S. Gordon himself to be his assistant. Knowing her experience with the Upper West Side Brownstones, Gross-Ginsburg was asked to help manage Gordon’s two office buildings, something that was new to her skill set.

“All large office buildings are complex structures that require a lot of work,” Gross-Ginsburg said. “I didn’t have the experience with offices, but I loved the challenge.”

Over the years under Gordon’s leadership, she was able to absorb information from chief engineers and the managers on everything from rent rolls and lease abstracts to sump pumps and boiler rooms. Her tenacity eventually led to her becoming the head of management for several of Gordon’s buildings.

But being a woman in an executive role back in the 70s was not without its ups and downs.

“I was an anomaly because there were very few women in real estate management, so I think these engineers treated me kindly because they never saw a woman in the basement or climbing up ladders to inspect things,” Gross-Ginsburg said of those who helped her learn.

However, the difficulties often outweighed the benefits. Oftentimes, clients from out-of-town were shocked and concerned to see that a woman was in charge of the building’s management. Despite her capabilities and proven track record, Gross-Ginsburg was limited simply by being a woman.

“Ultimately Ed [Gordon] came to me and told me he wanted to expand the department but that he had to have a man to present to all these people who are coming from large organizations from outside of the city,” Gross-Ginsburg recalled. “It was a huge blow to me.”

But the devastating setback helped fuel her desire to seek change in the industry.

After attending a REBNY even in the late 70s, Gross-Ginsburg couldn’t help but notice that amongst the nearly 2,000 men who attended, there were only three women including herself.

“I thought to myself, ‘What am I doing here,’ because these men all thought I was somebody’s date,” Gross-Ginsburg said. “When you’re trying to be a professional, that’s very demeaning.”

Afterwards, REBNY held a seminar focused on women who had found success in the real estate world and Gross-Ginsburg was invited as a panelist. To her dismay, out of the 100 or so women that attended, nobody knew each other.

“It struck me that we were all isolated because there were no networking opportunities available to us,” Gross-Ginsburg said. “And that’s when I got the idea for starting AREW.”

After being denied entry into many of the city’s men’s real estate associations, she decided to create her own called the Association of Real Estate Women, or AREW, in 1978. The structure was modeled similar to the men’s organizations where they had a board of directors, monthly luncheons and speaker events.

“It was helpful for us to have the mostly single-sex membership because it enabled women to feel comfortable here first before they went to enter all the other organizations,” Gross-Ginsburg said.

In 2014, AREW merged with New York Commercial Real Estate Women to form CREW New York, part of a national real estate organization for women that provides networking opportunities, scholarships, training seminars, and most importantly a supportive environment for women in the industry.

“It had been such a male-dominated industry and when you look at the successful women brokers who are doing such phenomenal jobs now, it’s hard to believe that it was so different,” Gross-Ginsburg said.

She retired from her position at Edward S. Gordon in 1993, but continued her contributions to the real estate world working as a consultant and serving on several nonprofit boards.

Just as she saw the results of her hard work with Upper West Side Brownstones, she’s now watching how her efforts contributed to equality for women in the real estate world.

“There is still a certain level of hesitancy when it comes to whether women can really handle the grittier aspects, but I think it’s declining rapidly,” Gross-Ginsburg said of the climate for women nowadays.

“There are still people who find it difficult to accept that women have the same-sized brains as men. But I’m certain as women improve themselves on an ongoing basis, those barriers will continue to erode.”

READ ALL ABOUT IT: CRE Women have their say