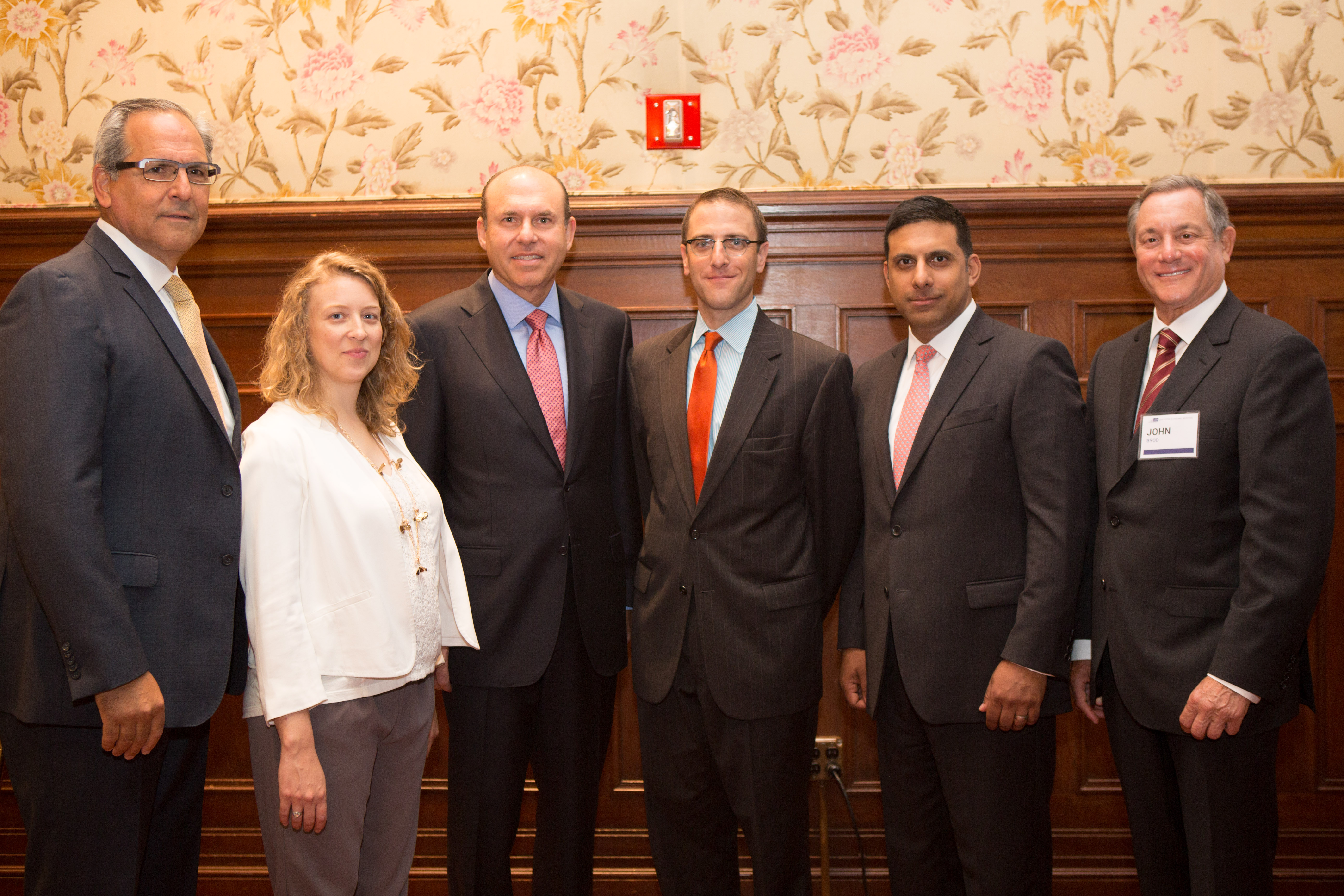 Seth Pinsky, former president of the New York City Economic Development Corporation, told a gathering of more than 100 real estate executives that the city must offer more affordable office space to attract the small companies and start-ups that are vital to its future.

Speaking on a panel hosted by ABS Partners Real Estate, Pinsky warned that too much focus has gone to residential development and housing costs.  Noting that the city is set to lose approximately 15 million square feet of Class B and C office space in the next few years, Pinksy, now executive vice president of RXR Realty, called for a balance in developing more housing and office space while underscoring the need for strong economic development planning.

“There needs to be affordable office space for the small companies and start-ups we talk so much about attracting to the city,” Pinsky said.  “If we don’t have those jobs then the housing issue is irrelevant.”

“Many well-thought-out initiatives were fostered under the Bloomberg administration, and we must now collaborate with the DeBlasio administration to help develop and contribute to fundamentally sound new initiatives that ensure a bright future for New York,” said Gregg Schenker, President and Co-Managing Partner of ABS Partners Real Estate. “In line with ABS’ core values, which encourage the exchange of information and ideas to benefit the real estate industry, we organized creative thinkers like Seth Pinsky to discuss serious challenges that could affect the ongoing growth and development of the City.”

Looking at the broad economic picture, Chandan expects to see a slight contraction in the next few years. Explaining that the longest period of economic expansion in U.S. history lasted 120 months, or 10 years, Chandan reminded attendees that the last recession ended in 2009 – based on historical trends, the country is due for another recession within the next five years.

“If we see the economic environment return to recessionary-type conditions, then asset owners will need to seriously focus on developing the core differentiators that set their properties apart and make them attractive – things like location, access to transportation and tenant amenities will become incredibly important again,” he said.

The panel also discussed the city’s need to continue attracting research institutions, companies and universities that foster economic activity for the future. Panelists praised the Bloomberg administration for its role in creating the Technion-Cornell Innovation Institute on Roosevelt Island.

“The Applied NYC initiative was a complete game changer for the future of New York City,” said ABS’ Brod.  “We need to think ahead and be creative to grow New York’s economy.”