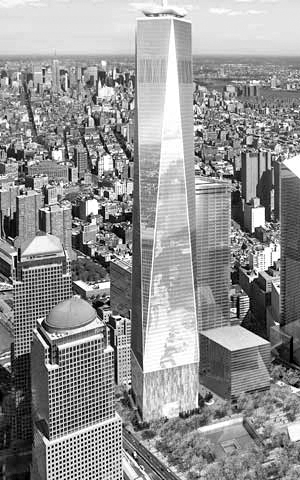 One World Trade Center now more than half full

Legends Hospitality, the sports entertainment company owned by the New York Yankees, the Dallas Cowboys, and the Checketts Partners Investor Fund, has signed a lease for space at 1 World Trade Center. 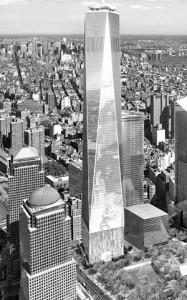 The Durst Organization announced that Legends, along with investment managers BMB Group, are taking some of the 94,000 s/f pre-built space set aside on the tower’s 45th and 46th floors that can accommodate a maximum of 18 tenants.

Coming on the heels of a 34,000 s/f deal the the KiDS advertising agency in May, it brings the three million square feet One Trade Center to 56 per cent occupancy.

“These pre-built and build-to-suit opportunities have consistently attracted interest from companies worldwide eager to establish a presence at this elite venue,” said Eric Engelhardt, vice president, director of leasing at One WTC for The Durst Organization.

“Tenant prospects appreciate the status and allure delivered by the tallest building in the Western Hemisphere. This globally recognized address resonates perfectly with these companies’ own international reach and prestige.

Legends Hospitality, LLC, which is developing the building’s One World Observatory on floors 100-102, will situate members of its Observatory operations team in a 4,759 s/f office located on a portion of the 45th floor under a 10-year lease.

The London-based BMB Group is set to take 2,191 s/f on the 46th floor under a 10-year lease. The BMB Group – which provides asset management and investment advisory services to sovereign wealth funds – is relocating its US offices from 7 World Trade Center.

The pre-built floors are designed and being subdivided into smaller increments that allow single users to lease as little as 2,000 s/f up to a total of 20,000 s/f. A limited number of units will be available for occupancy in November.

The Legends space will serve as the management office for the 120,000 s/f One World Observatory, which is scheduled to open next spring.

Publishing giant Condé Nast is the property’s anchor tenant. It is presently undertaking interior construction for nearly 1.2 million square feet between the 20th and 44th floors that will be its new global headquarters. Occupancy anticipated in November.

The Durst Organization’s global marketing campaign is being led by Eric Engelhardt and Karen Kuznick in conjunction with Cushman & Wakefield, whose leasing team is led by executive vice chairman Tara Stacom and includes Alan Stein, James Searl and Justin Royce, and Jodi Pulice of JRT Realty.

Tenants lining up at 600 Lex