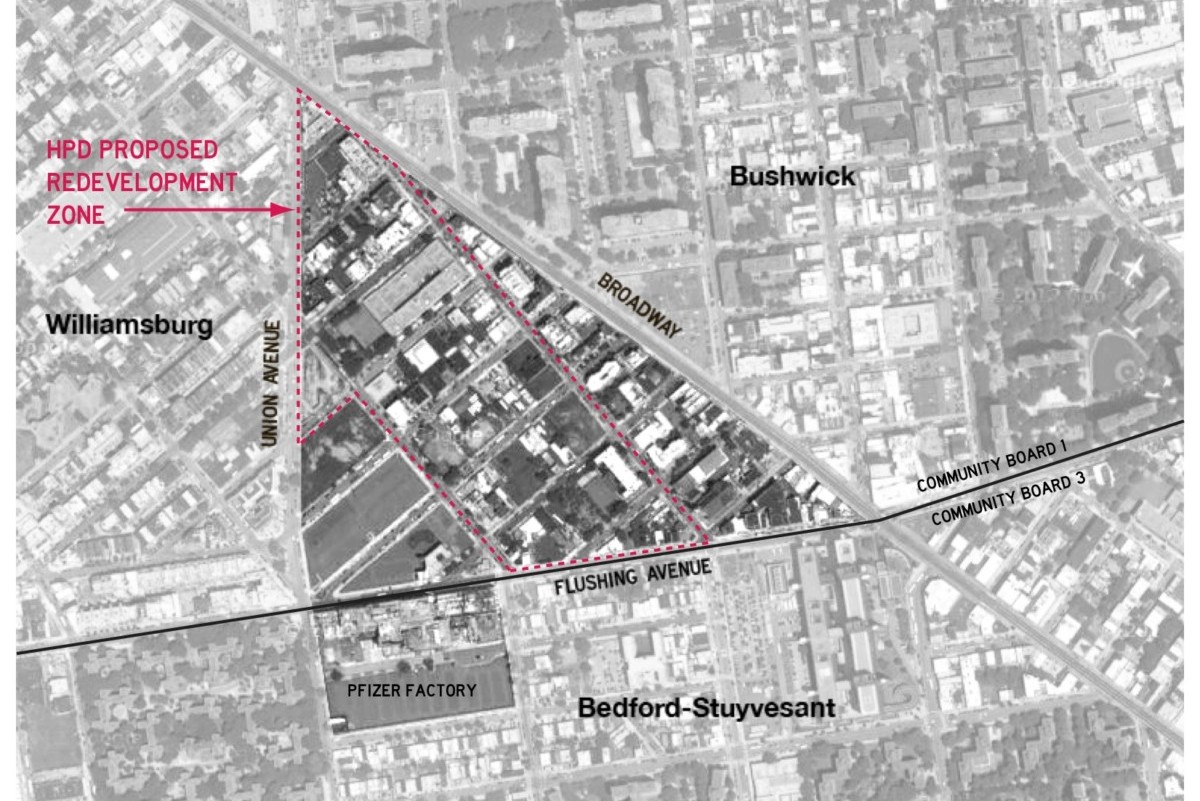 Former Pfizer site to be redeveloped into 100,719 s/f mixed-use property

According to a permit application filed with the Department of Buildings, the property, located at 58 Gerry Street in Williamsburg, will be redeveloped into a seven-story building with 41 apartment units. The project will contain 85,611 s/f for apartments and 15,108 s/f of commercial space. Demolition permits issued for the site were for a 25-foot-tall, two-story building.

The parcel changed hands in December for $26.89 million, property records show. A previous report from the Real Deal identified the buyer, 58 Gerry LLC, as developer Adam Brach. Brach reportedly planned to turn the site, which at the time contained a warehouse, into a housing complex for the Orthodox Jewish community.

Pfizer closed its manufacturing plant in Brooklyn in 2008. It then put out an RFP to convert its 15-acre site in the borough into a “mixed-use, mixed income” property. This set off an eminent domain dispute with a state lawmaker proposing that the property be converted for 1,700 affordable housing units.

The fate of the rest of the Pfizer properties is still unclear. The Rabsky Group is planning to build a 1,147 unit housing complex in a nearby site. The project would fall under the Mandatory Inclusionary Housing mandate, with 344 unit allocated for low and moderate income tenants. The company is currently seeking a rezoning that would allow them to build seven buildings and a 26,000 s/f park.