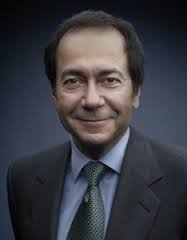 Two investment groups announced plans Monday to invest a combined total of more than $460 million in separate acquisitions that will strengthen Puerto Rico’s status as a high-end luxury resort destination.

The firm’s plans for the historic Condado Vanderbilt and La Concha Renaissance Hotel, and the adjoining Condado Vanderbilt condominiums will fill a niche in Puerto Rico’s tourism industry by bringing world-class luxury to the popular Condado district.

In unrelated announcement, the Encanto Group said it would invest $200 million to develop a world-class beach and marina community on the island’s east coast.

The firm, which has operations in Puerto Rico and the mainland United States, acquired the Punta Candelero Beach Resort and the Marina at Palmas del Mar, about 45 minutes from San Juan. The two deals were facilitated by Puerto Rico’s Department of Commerce and Economic Development (DDEC).

Alberto Baco Baque, the Secretary of Commerce and Economic Development, said, “These investments are a major boost for the tourism sector.

The Paulson & Co. investment will restore the grandeur of one of the stars of our all-star island. The Encanto investment will enhance the tourist experience in the island’s prime destination resort.”

The Condado Vanderbilt was the epitome of luxury and the envy of the entire Caribbean when it opened in 1919. John Paulson, founder of Paulson & Co., said he intends to make the hotel the most luxurious in San Juan.

The Condado Vanderbilt is in heart of Condado, the epicenter of luxury in Puerto Rico and home to designer stores, fine dining restaurants and upscale apartment buildings. The Paulson & Co.’s investment in the Condado properties follows the firm’s investment last year in the St. Regis Bahia Beach Resort and the Bahia Beach Resort & Gold Club. The planned community, located about 25 minutes from San Juan’s airport, includes two miles of beach and an 18-hole golf course designed by Robert Trent Jones Jr.

Baco and his team at DDEC have worked closely with the firm to facilitate Paulson & Co.’s investments in Puerto Rico, which are expected to total as much as $2 billion by the end of 2015.

“John Paulson is just one of many savvy investors who seek attractive opportunities in Puerto Rico,” Baco said. “We expect to have more good news to announce soon.”

Tourism is one of several key sectors that DDEC has targeted as growth opportunities to jump-start Puerto Rico’s economy. The sector has remained strong throughout the recent recession and is on a growth trajectory, aided by new hotels, an increase in cruise ship passengers and new nonstop airline service to the U.S., South America and Europe.