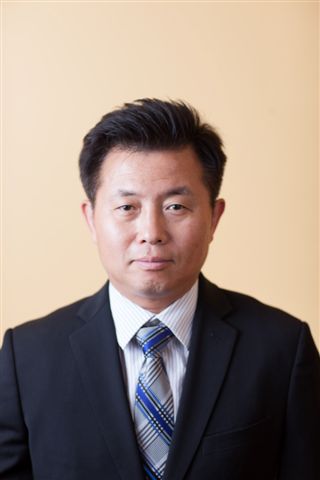 Highcap Group announced that Charles Chang is exclusively representing the seller of a three-building package located on 184th Street in Hollis, Queens. The two story garden apartment complex extends the entire block from Henderson Avenue to 104th Street with 620 ft. of frontage on the south side of the block and 324 ft. of frontage on the north side of the block. The properties consist of a total of 74 units with a majority being two bedrooms plus a parking garage. The complex has been family owned for over 20 years and will be marketed with an asking price of $8,500,000.

• Matthew Cosentino has been retained as the exclusive agent for the sale of 55 St. Nicholas Avenue in the Bushwick neighborhood of Brooklyn. The property is presented with an asking price of $1,775,000. The 5,832 s/f six-unit multifamily property is one block from the Jefferson Street L train.

• Ofer Cohen, Melissa DiBella, Dan Marks, Peter Matheos, and Michael Hernandez have been retained as the exclusive agents for the sale of 43 Lexington Avenue in the Clinton Hill neighborhood of Brooklyn. The asking price is $1,900,000. The 3,200 s/f property consists of a full basement and four apartments, three of which are vacant.

• Ofer Cohen, Melissa DiBella, Dan Marks, Peter Matheos and Michael Hernandez are representing the seller of 922 Prospect Place, in the Crown Heights neighborhood of Brooklyn. The asking price of $2,995,000. The approximately 9,000 s/f, four-story building consists of eight two-bedroom apartments, seven of which may be delivered vacant. There is also a full approximately 2,000 s/f basement that may be used for storage or a future duplex conversion. The building has significant upside with rents in the area ranging between $30 to $40 psf, or $2,500 to $3,300 per month for a two bedroom apartment.

Eastern Consolidated has been retained as the exclusive agent to market for sale a four-building multi-family portfolio in the Cypress Hills section of the East New York neighborhood in Brooklyn. The asking price for the fully-occupied properties, totaling 107 rent-regulated units, is $11.9 million. This collection of buildings is situated within a five-block radius on 2742, 2772, 2776 Pitkin Avenue, and 964 Belmont Avenue. The four-story properties each contain 21 to 42 units. The average monthly rent for each large unit is $976.75. Lipa Lieberman along with David Schechtman represents the seller, Git Leb LLC, on an exclusive basis.

Richard Guarino of Friedman-Roth Realty has been exclusively retained to market for sale 113 St. Marks Place in the East Village section of Manhattan. Located on the between First Avenue and Avenue A, the subject property is a 7,800 s/f six-story walk-up apartment building with 10 residential units and two retail units.

ERG Property Advisors announced the availability of 230 Atlantic Avenue, Oceanside, New York, a retail strip center. The property currently has two stores and parking available for 14 cars. The property is offered on a Net-Lease basis with limited need for landlord maintenance. The asking price for this building is $1,120,000. Bryan Kallenberg is handling the assignment.

Itzhaki Properties has been retained as the exclusive sales broker for a three-story walk-up apartment building at 4732 45th Street in Woodside, Queens. The six-family building totals 3,975 s/f, and is listed for $1,250,000 by sales associate Yuriy Ustoyev. The property features security cameras on the façade and in the lobby. The building is surrounded by schools, parks and playground.

• The sale or ground lease of adevelopment site at 219-10 South Conduit Avenue, between Springfield Boulevard and 221st Street in Laurelton, Queens. The property is available for sale with an asking price of $5,975,000 or for ground lease. The site currently consists of a single-story commercial/retail building with usable lower level. This property is being marketed exclusively by Brian J. Sarath.

• The sale or lease of a development site at 70 Henry Street in Brooklyn Heights. The property is available for sale with an asking price of $7,500,000 or for lease. The site currently consists of a single-story, 4,163 s/f building occupied by Brooklyn Heights Cinema, the oldest and longest running independently owned and operated cinema remaining in New York City. It contains plans for the redevelopment of the commercial space as well as for the development of the residential development rights of over 10,000 s/f. The current tenant has a month-to-month lease, and the site may be delivered vacant. Stephen P. Palmese is marketing this property.

• A mixed-use building at 187 Court Street in Brooklyn’s Cobble Hill neighborhood. The asking price is $3,750,000. The two-story building contains 2,300 s/f and s consists of two commercial units and one residential unit. Stephen P. Palmese is marketing this property with Michael Amirkhanian.

• A mixed-use property at 1585 New York Avenue in Huntington Station, Nassau County. The asking price is $750,000. The property consist of three buildings that total 2,600 s/f. The main building is a retail space with a two-bedroom apartment above, and there are two additional buildings in the rear of the property. In total, the buildings hold one retail space and four residential units. Benjamin Efraimov is hanlding the assignment.

• 630 Central Avenue, Brooklyn, a three-story walkup building with five vacant apartments sold for $950,000. Marcel Fridman of the Barcel Group represented both the bueyr and seller.