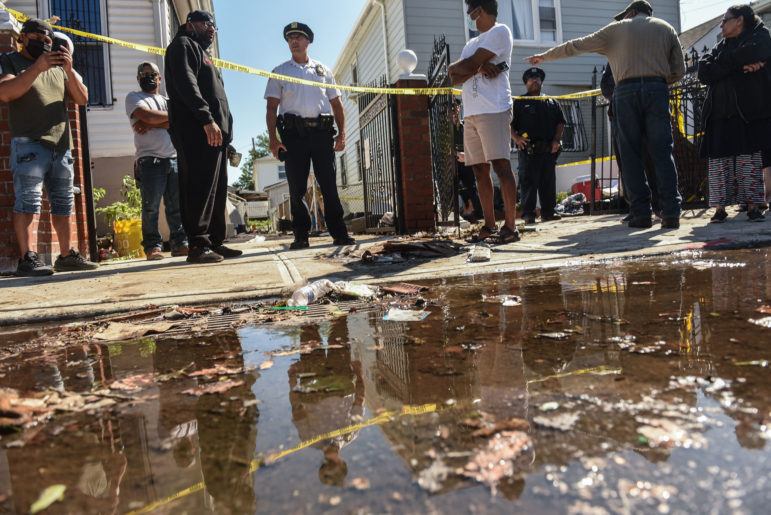 The Community Housing Improvement Program (CHIP) is calling on the New York City Council to follow the State Legislature’s lead and reauthorize the J-51 tax abatement.

The group – which represents some 4,000 owners of over 400,000 rent-stabilized apartment buildings – said this program would be a lifeline to rent-regulated building owners as they recover from the flood damage caused by the remnants of Hurricane Ida earlier this month, and help them make affordable apartment buildings more resilient against the future threat of climate change.

“The City Council talks a big game when it comes to environmentalism. Well, it is time for them to put their money where their mouths are,” said CHIP Executive Director Jay Martin. “This modest tax break will help maintain and modernize hundreds of thousands of homes. It’s a disgrace that the Council has dragged its feet on reauthorizing it.”

The J-51 abatement has helped maintain the quality of thousands of rent-regulated apartment buildings, many of which are more than 100 years old. The program is a way for property owners to renovate elevators, boilers, roofs, facades and other vital components of apartment buildings without raising rents. The program expired on June 29, 2020. CHIP is asking the City Council to make the reauthorization retroactive and extend the program until June 2022.

“Many housing providers are hurting because of the COVID-19 emergency, and they are now facing massive repairs because of the damage from the flooding two weeks ago. They need this program to return,” said Martin.

Back in June, the State Legislature reauthorized New York City’s right to extend this program without a request from the city to do so. The City Council has taken no action on the measure, nor have they proposed a bill or publicly stated why they have not reauthorized the program.

CHIP members operate roughly 200,000 apartments that participate in the J-51 program.  Of the units that participate, approximately 80 percent (160,000 units) would continue to use the program in the immediate future, if it were extended. Roughly two-thirds of those properties are in the Bronx or Northern Manhattan.

“In addition to improving affordable housing and making it more sustainable for the future, the J-51 tax abatement will aid the city’s recovery and ensure those housing providers and their residents will not be penalized for pandemic-related delays,” Martin added.

Buildings that accept a J-51 tax abatement must register all non-regulated units in the building as rent-stabilized for the duration of the benefits.

KKR forms JV to target $1B in healthcare real estate