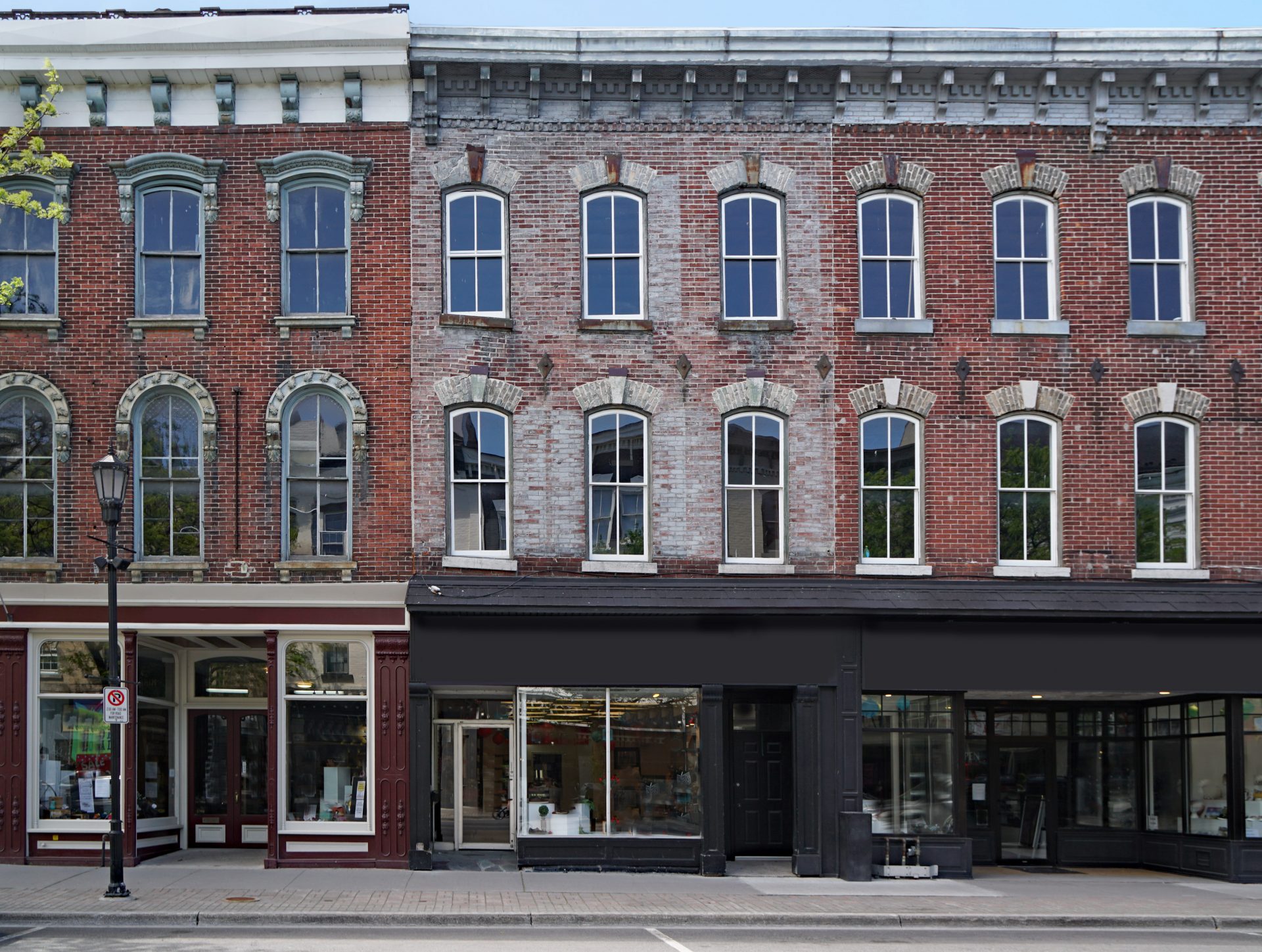 “While well meaning, the legislation being introduced in the City Council that would implement commercial rent stabilization across New York City would have unintended consequences that would hurt small businesses throughout the five boroughs,” said Thomas J. Grech, President and CEO of the Queens Chamber of Commerce. “Though designed to benefit mom and pop shops, this legislation actually favors large chain stores over small businesses. It makes it incredibly difficult for successful small businesses to move into larger spaces, hindering their growth. We encourage the City Council to scrap this misguided legislation, and look forward to working with lawmakers to come up with a proposal that helps New York City’s small businesses grow and thrive.”

“As we struggle with the economic recovery of our City, Intros 1796 and 2299 are not responsible resolutions,” said Lisa Sorin, President of the New Bronx Chamber of Commerce. “These bills are geared to a one size fits all solution; our representatives have tried this concept before, and the Bronx, our small businesses – which also include property owners – suffer the biggest negative impacts. Let’s talk options. The Bronx Chamber stands ready to work with our representatives to make this a more equitable conversation.”

“What COVID-19 didn’t accomplish in undermining our retail and real estate sectors over the past eighteen months, these legislative initiatives will,” Fred Cerullo, President and CEO of the Grand Central Partnership. “Throughout our city, property owners, retailers, and commercial tenants have for the most part been working cooperatively to stabilize the market and help bring the city slowly out of the pandemic. There are so many more productive initiatives that support our business tenants that we should be focused on enacting – not misguided legislation that will cripple any progress we have made and which will bring the city’s economy to a screeching halt.”

“There’s never a good time for legislation like this, but commercial real estate in this City is in a particularly precarious position right now. Commercial rent control proposals are driven by a view of the real estate industry that is almost completely divorced from reality,” said Rob Byrnes, President of the East Midtown Partnership. “There are many actions City Council could take to lend strong support to small storefront businesses — this is not one of them.”

“Countless residential cooperative buildings have ground floor commercial tenants that would be covered by this legislation and the working family homeowners we represent often rely on income from these commercial tenants to offset maintenance costs,” said Mary Ann Rothman, Executive Director of the Council of New York Cooperatives and Condominiums (CNYC). “Many working families are struggling to pay their maintenance bills due to quickly rising costs and the ongoing pandemic, and this draconian system of commercial rent control will only make their lives harder. Similar to the residential rent guidelines board, I expect that the price controls proposed by this legislation would be more a reflection of political winds and not the type of data-driven decision-making that would be necessary to be at all effective. This is also a worrying government overreach into private-party transactions. For all of these reasons, we strongly oppose this legislation.”

“The COVID pandemic has hurt small businesses and property owners alike. Yet many property owners have made it a priority to work with struggling commercial tenants throughout the pandemic. It is important for City officials to take greater steps to support small businesses. Commercial rent control is not the way to do it though. Rather it is a legally dubious and fundamentally flawed concept that fails to address the root causes of the greatest challenges facing small business owners in New York City,” said REBNY President James Whelan. “The City Council should take a more thoughtful approach to developing data-driven policies that will actually create a better environment for small businesses to succeed.”

“Rent control is not the answer. We have a high vacancy rate of commercial properties right now and if we add more regulations it is just going to raise rents and make it harder to rent out these spaces,” said Jay Martin, Executive Director of the Community Housing Improvement Program (CHIP). “If elected officials actually cared about small businesses they would be focusing on limiting the property tax burden, streamlining the bureaucracy for both businesses and their building owners, and developing creative incentives for owners to rent to entrepreneurs and unique retailers that build the culture of New York City. We need new ideas to spur economic activity in the city, not tired proposals that history has proven will kill small business.”

Intro 1796 would establish a commercial rent guidelines board of seven Mayoral political appointees tasked with setting annual rent increases for certain commercial tenants. Intro 2299 would provide ground-floor commercial tenants with the ability to automatically extend their lease upon expiration for up to one year at the tenant’s discretion along with enforcement provisions. Both bills would have the effect of controlling commercial rents under a flawed, one-size-fits-all approach that would actually disincentivize property owners from seeking out opportunities to lease space to small businesses and pop-up shops.

Those negatively impacted by the legislation would also include tens of thousands of homeowners in co-operative buildings across New York City who rely on revenue generated by their buildings’ ground-floor commercial spaces to help offset rising maintenance costs and make crucial energy efficiency and resiliency upgrades to their properties. Commercial rent control would essentially take away co-op residents’ ability to manage their commercial spaces in a fiscally responsible manner.

With all this in mind, the organizations gathering to oppose commercial rent control proposals are urging the City Council to instead pursue more sensible polices that will actually address the greatest challenges facing small businesses and create a better environment for them to succeed. This includes:

Rather than artificially seek to limit rents through some form of commercial rent control, policymakers could instead develop programs that support property owners who work to keep legacy businesses and businesses owned by women, people of color, immigrants, artists, and new entrepreneurs in their buildings. One way to do so would be a new property tax abatement program that supports owners who work to keep those types of business owners in their location at affordable rents. Particularly in a strong market when there is competition for space, such a program could provide a meaningful incentive to property owners to keep existing tenants rather than market the space.

The commercial rent tax is a 3.9% tax on gross rent paid by commercial tenants whose rent exceeds $250,000 and are located in Manhattan south of 96th street. This tax costs businesses over $840 million in Fiscal Year 2021 and is projected to rise to nearly $1 billion by 2025. With the City budget now in excess of $100 billion, the City can easily afford to eliminate this tax that unfairly raises the cost of doing business in Manhattan and will make it harder for the retail industry to recover.

In 2015, the Mayor’s Office reported that New York City has over 6,000 rules and regulations impacting businesses and over 250 different types of business licenses and permits. Consequently, it can take months – if not years – for businesses to open their doors. Rather than ask business owners to understand each and every type of permit and license they may need, the City should create a single small business permit for businesses with fewer than 100 employees. Entrepreneurs should be able to apply with a single form from their phone or computer and promptly get a response from the City. This type of plan, first put forward by then-Mayoral Candidate Kathryn Garcia, is the kind of policy change that will be needed to promptly fill vacant storefronts throughout the five boroughs.

The City’s Department of Small Business Services (SBS) administers a number of programs to help businesses get up and running but more can be done. Specifically, SBS should strive to create a storefront presence in each business improvement district or community district to provide a visible presence in the neighborhood. Services provided should include help for new entrepreneurs starting a business as well as legal assistance to help businesses understand and enter into commercial leases.

One of the challenges facing storefront retailers is the competition and disruption from street vendors who are not held to the same regulatory standards as storefronts and may not be operating legally at all. Indeed, in many parts of midtown Manhattan, street vending is not authorized during business hours. Yet, it occurs undeterred. For this reason, as the City sets up its new Street Vendor Advisory Group, it will be critical that enforcement of illegal vending be prioritized.