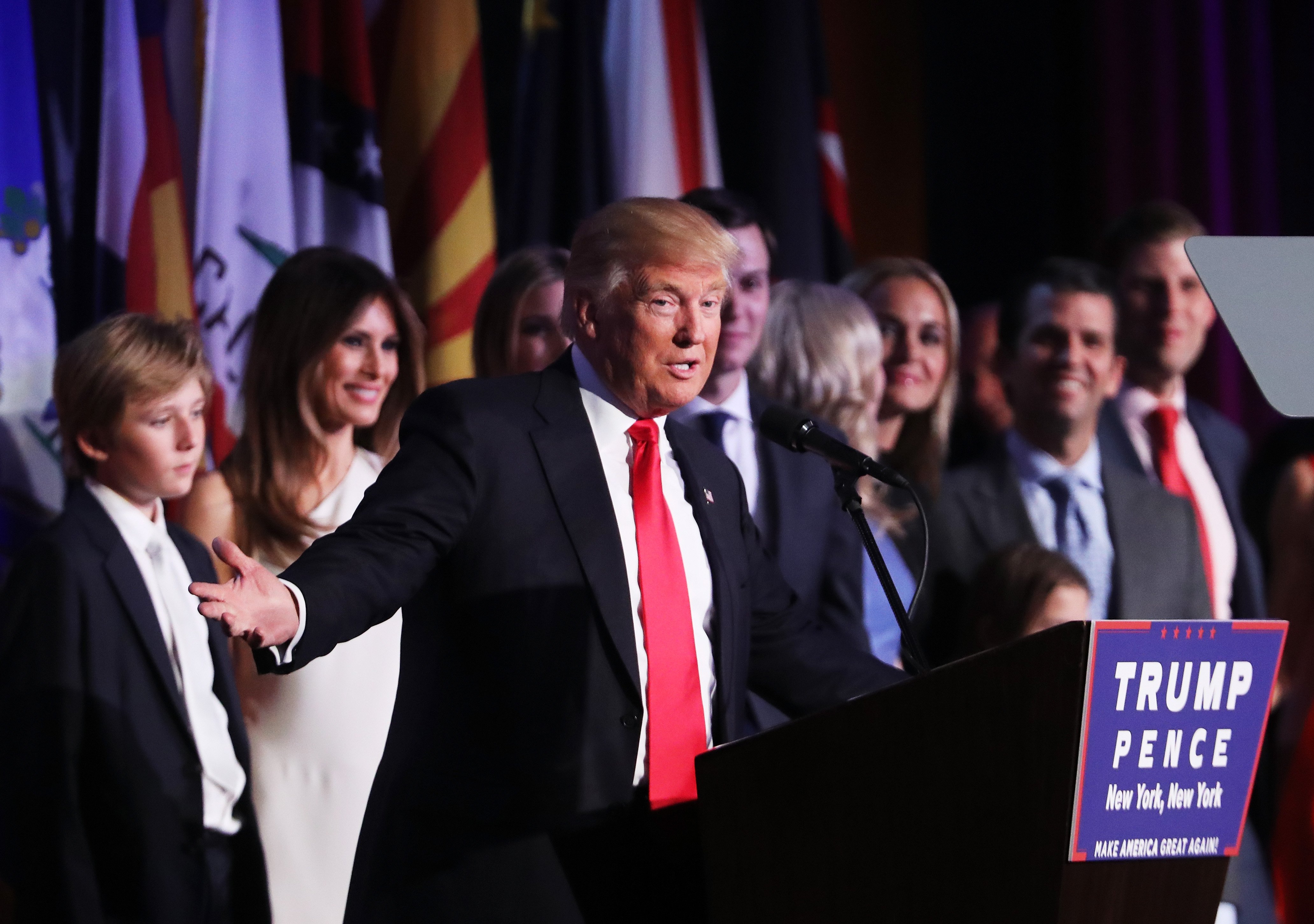 Two days after Donald Trump beat Hillary Clinton to the presidency in an unexpected upset, the Real Estate Board of New York hosted a panel luncheon in the grand ballroom of the midtown Hilton Hotel, the very same spot from which Trump gave his victory speech on election night.

The theme of the panel was new opportunities and challenges in the real estate market, but inevitably, the conversation soon turned to the presidential election.

“I guess the elephant in the room, or the elephant that was in the room two nights ago who’s now our president-elect,” quipped panel moderator Seth Pinksy of RFR, before asking panelists their thoughts on how the election results could impact New York City.

Kevin Hoo, founder and managing partner of Cove Property Group, said time will tell if Trump’s policies will have a positive or negative effect on the market.

“Some of his policies, if they do get enacted, potentially have some runway to increase employment and GDP growth, which is only good for us,” said Hoo. “New York as a city by itself is fairly insulated, to a large degree.

“I think the city itself as an infrastructure, as a community, will keep marching on and keep working it out ourselves.”

Taconic Investment Partners co-founder Charles Bendit said he had spoken to bankers, educators, real estate developers and foreign investment partners, and no one really knew what to think because of a lack of a “well-defined” policy agenda from Trump’s campaign thus far.

One of the things Bendit was concerned most about was capital flows, especially from foreign investment.

“I think in the next couple months, until people start to get somewhat comfortable, I’m concerned condo sales might come to a screeching halt, at least as it relates to foreign investors coming in and buying,” said Bendit. “They want to wait and see what the impact of foreign policies will be and the impact of domestic policies.”

Leslie Himmel, of Himmel+Meringoff, who co-founded the investment firm along with Steve Meringoff in 1985, is in the “wait and see” mode as well.

“When you start reading his tax plan and repeal of Dodd-Frank, that all might be very good for New York,” she said. “Let’s see who he puts in the cabinet and listens to. Time will tell.”

Despite an unclear forecast for the market, Himmel advocated for a woman in the White House, and a show of unity.

“I think it is time, just being one of the few women actually in this room and a leader in this industry, it’s definitely time for a woman to be president,” she said. “Not this time, obviously she [Hillary Clinton] didn’t get it and her emails were clearly a problem. We’ll see what happens in the next few years, but we all have to be united and move forward.”

Broker’s Weekly reached out to members of the real estate industry for their thoughts on a potential impact.

Level Group co-founder Larry Link listed four areas that he thinks will experience the most impact as a result of the election: Investment, interest rates, inflation, and immigration, all of which intertwine and factor into residential real estate and development on some level.

Link said many brokers at his firm are concerned about a pullback from foreign buyers, in particular in the firm’s newly-launched hospitality division.

“We just launched a hospitality division and we have two hotel veterans running it, and they have several deals moving forward, and they both got calls from all of their foreign investors saying what they hell are you guys doing? What’s going on over there,” said Link. “They sought to reassure them that the government has checks and balances in place.”

Link and his co-founder received a worried call from one of the hospitality division heads who said her hotel buyers were “shaking in their boots” and putting things on hold.

“Because he’s a real estate guy and an egomaniac, he [Trump] might try to implement policies for himself. If he does, that potentially could offer some upside surprises,” said Link. “I do think he tends to think of himself first, and I think he’ll funnel decision making on how it will affect real estate. Making sure he comes out okay in the long run, which is completely counter to the role of commander in-chief and service to the people.”

Real estate appraiser Jonathan Miller has a theory about what often happens in the aftermath of a “milestone” event, and the first thing that usually occurs is a period of uncertainty.

“The first thing that happens is there’s a pause, and then it takes participants a few days, a few weeks, a few months to process it, and quite often it’s less about the event itself and more about the level of uncertainty they’re facing,” said Miller. “We’re only two days in, so really it’s going to be January 20 on his inauguration day.”

Overall, Miller said he has “little concern” for the housing market based on where the market is at the moment.

“I think Wall Street businesses are maybe a little bit more sure of the direction that he’s going to take, or at least that’s the perception,” said Miller.

“The infrastructure investment, tax cuts, are generally neutral or positive to real estate, so once there’s a little bit more clarity on policy, there’s things coming out in little pieces every day — dismantling Dodd-Frank and regulations, and especially with Wall Street — at least in the near term, what we know, is probably not a net negative.”

Compass broker Victoria Shtainer was optimistic about Trump’s win, pointing out that his career in real estate means he will be good to the real estate market.

“I think that things will get better,” said Shtainer. “I think Trump has a very vast and skillful understanding of real estate and New York real estate.

“He knows about buying, selling, air rights, and how to put deals together. And I think he’ll be great for New York real estate.”

Shtainer said many brokers she works with are socially liberal and supporters of gay marriage, immigrants, and women, and were initially shocked and upset over his win. But they felt more positive when they thought about his background in real estate and how that could possibly benefit the NYC market.

Though some have expressed worry over a pullback by foreign buyers, Shtainer wasn’t anxious about it.
“The foreign buyers love the Trump brand and they’ve bought condos with him in New York City, in Florida, he helped do a building in Dubai. They admire him very much,” she said. “We’re optimistic, maybe foolishly optimistic.”