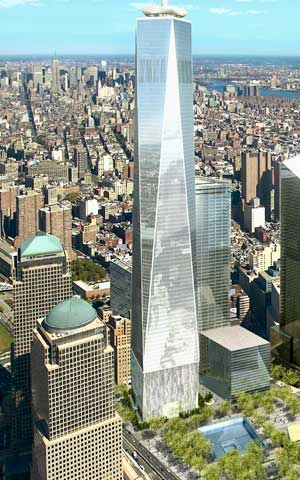 The Durst Organization has signed xAd, one of the world’s most successful, location-focused mobile advertising companies, to a ten-year, 43,849 s/f lease encompassing the entire 60th floor of One World Trade Center.

xAd, whose mobile advertising technology enables advertisers and retailers to reach targeted audiences, will assume occupancy of its new global headquarters at One World Trade Center next summer.

The company — whose name is pronounced “ex – ad” — is currently located at 401 Park Avenue South.

The three-million-square-foot office tower is at 72 percent of the projected stabilized net operating income (NOI), totaling 1.9 million square feet in the Class-A building.

To encourage xAd to expand its headquarters in Manhattan, Empire State Development (ESD) has offered the company $3.4 million in performance-based Excelsior Jobs Program Tax Credits, which are tied directly to the creation and retention of up to 350 new jobs, as well as the retention of 76 existing jobs, over a ten-year period. Before deciding to move forward with the expansion in New York, xAd, which has offices in California, Illinois, London, China and India, considered moving to New Jersey.

Ownership was represented by Eric Engelhardt, Vice President and Director of Leasing at One WTC for The Durst Organization, and by Tara Stacom and a Cushman & Wakefield team including Alan Stein, James Searl and Justin Royce, along with Jodi Pulice of JRT Realty.

Jonathan (Jody) Durst, president of The Durst Organization, said, “There is no property in the world that compares with this building. Demand for space at One World Trade Center continues to grow.” Condé Nast is the property’s anchor tenant and a succession of recent tenant signing has included gaming company High 5 Games, C12 Capital Management and Incandescent Technologies.

TD Bank to anchor office and retail at One Vanderbilt