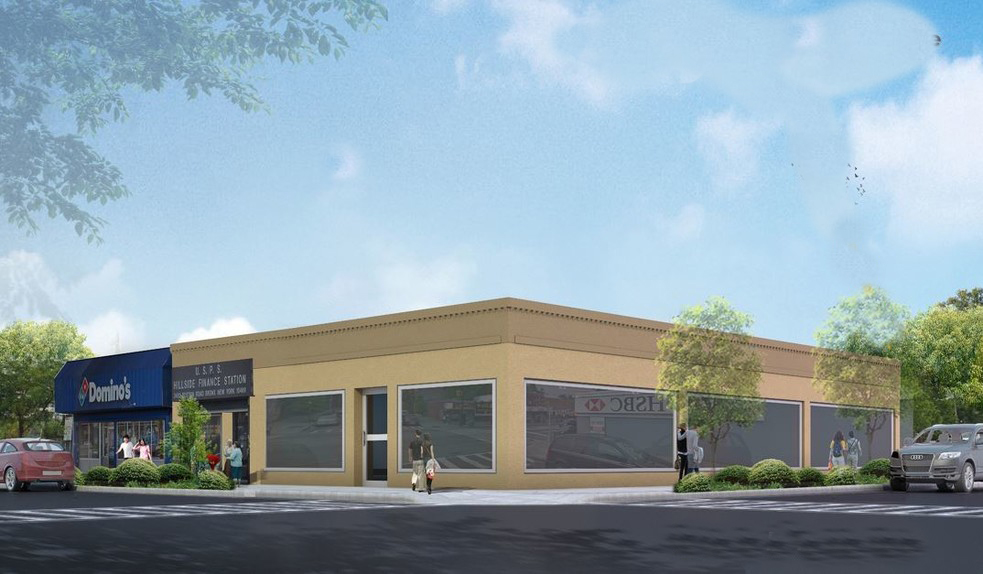 Cushman & Wakefield has been retained on an exclusive basis to market for lease the ground and lower level floors of 115 Seventh Avenue, a 6,761 s/f retail space located in Chelsea. A team consisting of Brandon Singer and Michael Cody will be leading the marketing efforts on behalf of the property’s landlord, Ashkenazy Acquisition Corporation. 115 Seventh Avenue is a retail location in Chelsea on the southeast corner of the intersection between 17th Street and Seventh Avenue. The newly constructed building consists of a 3,900 s/f ground floor with limited support columns and a 2,800 s/f lower level which sit below Sosa, a 40,000 s/f co-working space. The property’s location has seen in influx of retail activity in the last six months with home furnishing store, Safavieh and Canadian-based modern furniture store, EQ3 both securing brand new New York City flagship locations on the block. Additionally, the building is a short distance from Google’s Manhattan headquarters and Chelsea Market.

Adelaide Polsinelli, Vice Chair of Compass, along with Trystan Polsinelli, have been hired to sell a full floor, 8,500 s/f commercial co-op on the second floor at 85 5th Avenue, in the Flatiron neighborhood, steps from Union Square Park. The space will be delivered vacant and ready for immediate occupancy. It was the former headquarters and showrooms of Blackman Plumbing Supply, since 2004, where they displayed their unique, custom kitchen and bathroom designs. The property is on the northeast corner of Fifth Avenue and 16th Street, steps away from the Union Square transit hub and major universities NYU and The New School. The Union Square Tech Training Center, rising at 124 East 14th Street is on target to turn the area into an international technology hub. The former PC Richard store is being transformed into a new 258,000 s/f tech hub, as the city believes that the demand for commercial space could top up to 60 million square feet over the next ten years.

Westbridge Realty Group have been retained to sell 3480 Boston Road, a one-story three-unit retail building in Baychester, the Bronx. The building, spans 8,250 s/f and an asking price of $5.8 million. The corner retail strip features R5 Zoning with a C2-2 Overlay and is anchored by credit tenants, Domino’s and USPS Post Office. It offers 3,000 s/f of vacant space that has been underwritten at $60 per foot. The property also benefits from an additional 3,750 s/f of unused commercial air rights which would allow a credit tenant to have a considerable ground floor and second floor presence. The unit has a cap rate of 4.95 percent and price per square foot is $703. The seller is a Brooklyn based family-run real estate company. Westbridge Realty Group ‘s Director of Sales Ali Rossland and Director Ari Benyacov share the exclusive listing.

Cushman & Wakefield arranged the sale of 2542-2550 Boston Road, an 8,842 S/F retail property in the Bronx. The final closing price is $3,200,000 equating to approximately $361 per square foot. Jonathan Squires, Eric Roth and Addison Berniker represented the seller, 2550 Boston Post Road Corp, in this transaction. 2542-2550 Boston Road comprises two retail buildings located in the Allerton neighborhood of the Bronx. The buildings combine for approximately 8,874 s/f, boasting 160 feet of frontage on Boston Road. Future ownership has the opportunity to maximize the use of this facility by converting the space to additional units, as well as adding additional stories. The properties are a short walk from the White Plains Allerton Avenue Subway Station, which is serviced by the 2 train. The high foot and car traffic make the block attractive to strong long-term tenants.

Marcus & Millichap announced the sale of a 10,400 s/f net-leased property, occupied by The Learning Experience, located in Parsippany, NJ, for $3,200,000. Karly Iacono, Vice President Investments in Marcus & Millichap’s New Jersey office, had the exclusive listing to market the property on behalf of the seller, a private investor. The Learning Experience is located at 1159 Parsippany Blvd in Parsippany, NJ. Parsippany is a dense Northern New Jersey market with over 139,000 people in 5 miles and the average income exceeding $145,000 per year. The subject property is subject to a NNN lease and has a little under two years remaining on the base term with two five-year options available

The Goldstein Group sold a former automotive repair facility at 285 Kinderkamack Road, Oradell, New Jersey according to Chuck Lanyard, President of The Goldstein Group. The new owner plans to renovate the building and open a Town Doctors Urgent Care Center. The deal for the 2,020 s/f building was brokered by Chris Conway, Director and Chuck Lanyard who represented the owner, L.B. Holdings while the purchaser D&A Healthcare was represented by Katerina Aghubi of Metropolitan Realty and Development Group.