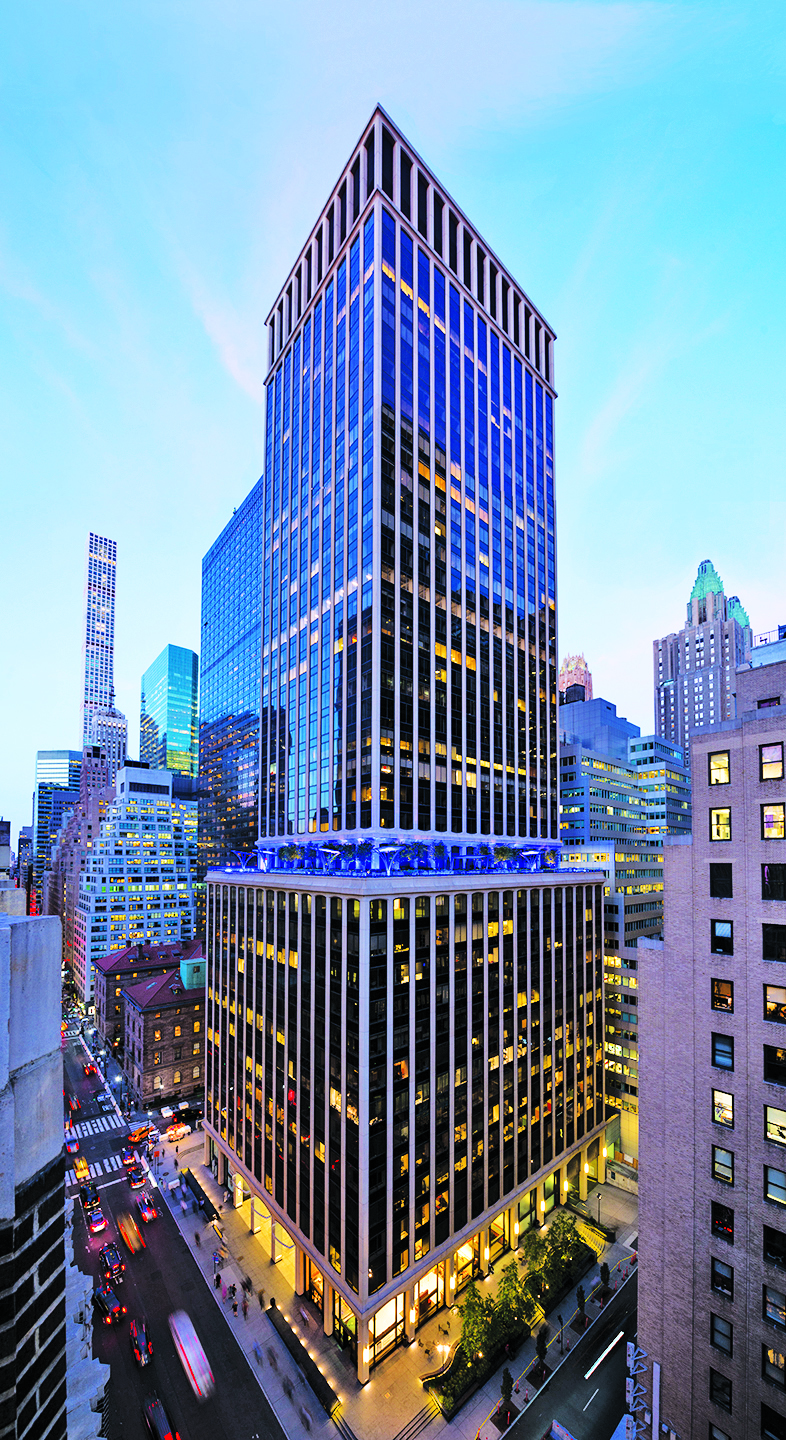 ACT, which specializes in helping businesses buy and sell environmental commodities, is adding 4,805 s/f to its office space on the building’s 17th floor.

“We are thrilled to extend our relationship with ACT Commodities at 437 Madison Avenue,” said Michael Lenchner, Vice President and Director of Leasing at Sage
Realty Corporation, the leasing and management division of WKO.

“Over the years, we have worked tirelessly to reposition and transform our building in order to meet the needs of today’s modern tenants. We view this expansion for ACT as a vote of confidence in our efforts.”

The building, which is owned by WKO in partnership with the Travelers Companies, Inc., occupies the entire blockfront between 49th and 50th Streets.

According to Lenchner, two high-end pre-built office spaces remain available for lease in the building. They include a 5,144 s/f space on the 33rd floor, and a 10,191 s/f space on the 39th floor, both with flexible and highly efficient floorplates due to creative layouts.