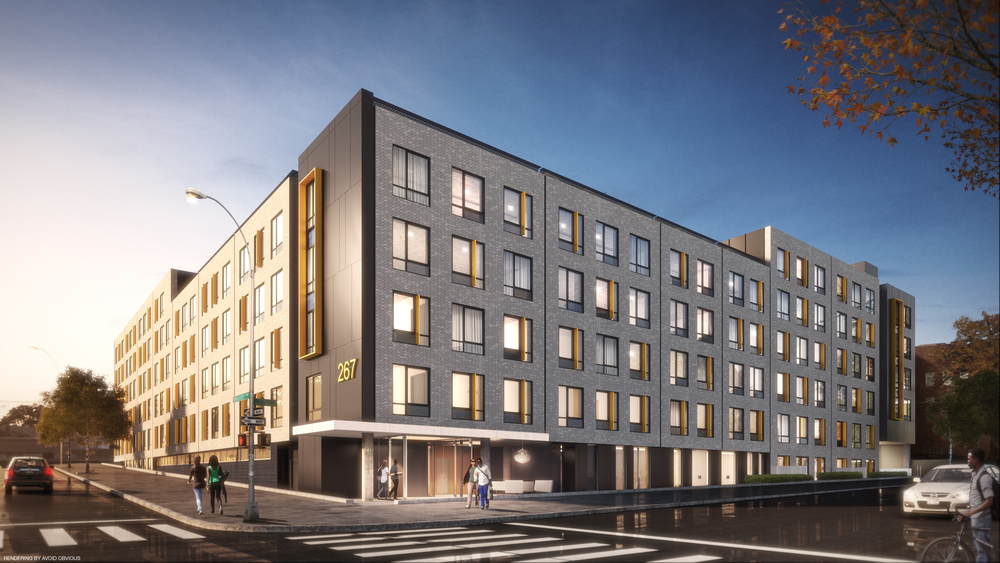 The project, known as 267 Rogers, embodies an emerging model that New York City is utilizing to eradicate homelessness in the future.

Through the Freddie Mac Affordable Housing Capital Markets Execution (CME) Loan Program, the transaction represented an opportunity for Merchants Capital and Freddie Mac to establish themselves as a key counterparty and partner in financing public-benefit multifamily buildings that serve residents most in need.

“It has been deeply gratifying to work on the deployment of capital on a project that allows homeless families to live in dignity,” said Mathew Wambua, executive vice president at Merchants Capital.

“Projects like 267 Rogers allow the Merchants Capital team to be creative and innovative in solving problems and seeking new financial strategies and structures to solve those problems while serving an immediate need right here in our community.”

The property was effectively built as a 165-unit multifamily development under the typical 80/20 structure in New York City.

However, rather than renting 80 percent of the units to market-rate tenants, they instead partnered with the Department of Homeless Services (DHS) and SDV to offer transitional housing to homeless families.

Thus, the entire property offers affordable housing wherein, 80 percent of the units are reserved for transitional housing and the remaining 20 percent are set aside for families earning 60 percent of the area medium income (AMI) or below.

Through the partnership with SDV, the property is able to offer supportive services to all tenants, including employment and job readiness services, daily workshops, and personal financial management, as well as education and child care assistance programs.

“It is a priority for us to contribute and be responsive to the communities we work within. We are excited to work with Steve Banks and the DHS staff to create fully-integrated, quality housing for families in need,” said Rachel Foster, principal and founder of Heights Advisors.

“We greatly appreciate the financing the Merchants Capital team was able to provide. We look forward to continuing to work alongside the city and those in the private and nonprofit sector to bring new solutions to the housing crisis.”

In April 2016, Mayor de Blasio announced a major restructuring of the way homeless services in New York City are delivered, creating an integrated management structure for DHS and the Human Resources Administration (HRA) under the commissioner of the Department of Social Services.

The Mayor’s new anti-homelessness plan transitions out of the old system that houses families in scattered apartment sites and commercial hotel facilities and replaces them with approximately 90 new multifamily transitional housing shelters.