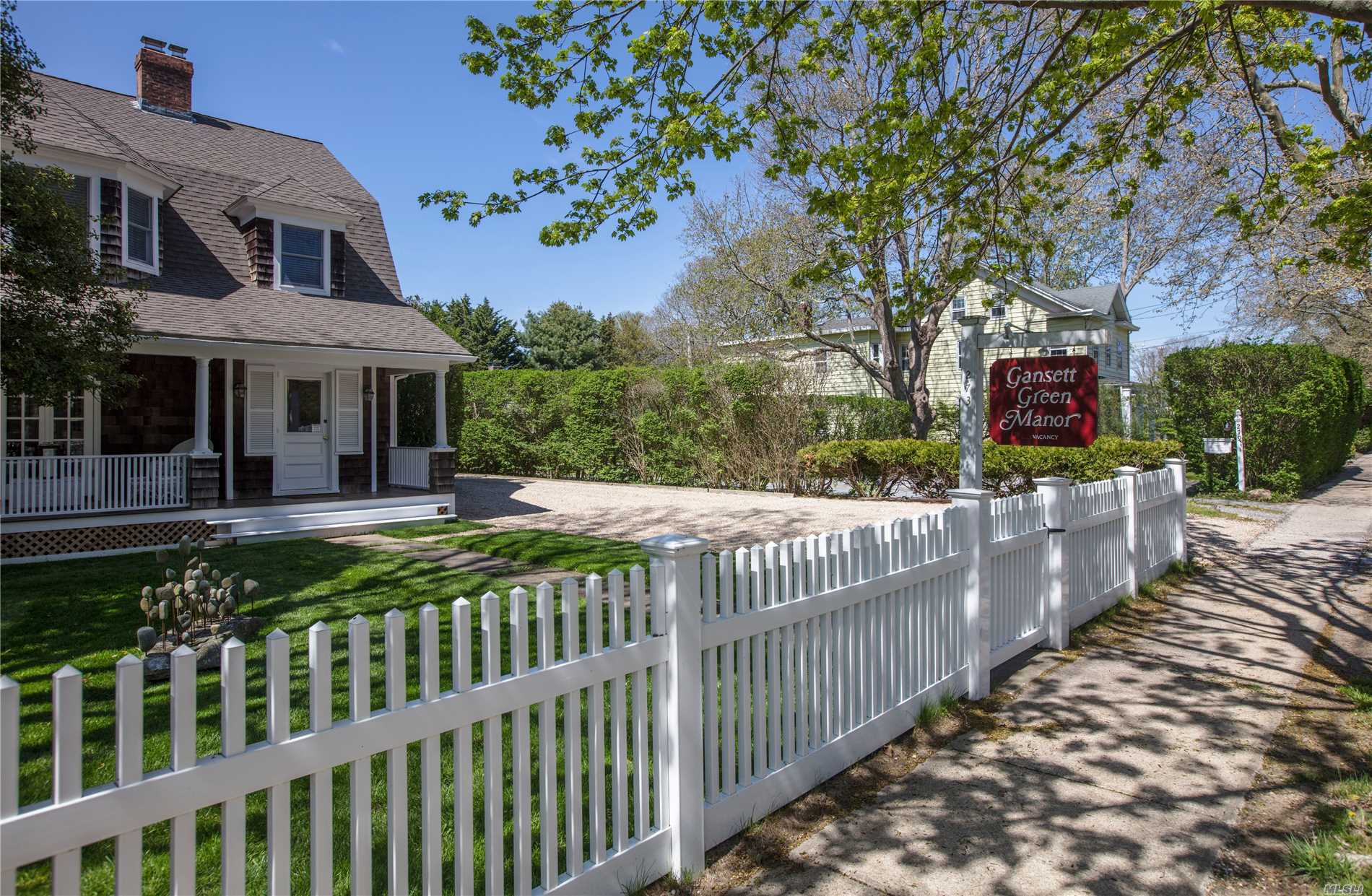 Gansett Green Manor, located on 273 Main Street in Amagansett, a hamlet in East Hampton, has been listed for $6.9 million by Lisa Ferraro and Inbar Mitzman at Daniel Gale Sotheby’s. For the last 50 years the manor has been operated as a hotel and wedding and event venue. Situated on the two-acre property are several historic buildings, including an Innkeeper’s Cottage that dates back about 125 years and was previously used as the main farmhouse. The property itself was once used by the Schellenger family, who were one of four original families to call Amagansett home in 1690.

RM Friedland announced that Marco Lala has been retained to sell the following properties:
• 2110 Arthur Avenue, a 27-unit walk-up apartment building located on the east side of Arthur Avenue just north of 180th Street. The building is currently running on gas with dual fuel boiler. There is also a 1,500 gallon above ground and encased oil tank (#2 oil). 2110 Arthur Avenue’s features include: cameras, intercom system, silver coat rubber roof, glass door, steal and marble stairs, tile floor throughout lobby, new gas lines/meters, and new lintels. The rooftop cell site’s income stream was sold off but will revert back to owner within the next four to five years. The asking price is $4.9 million.
• 4635-4637 White Plains Rd, Bronx, one story, 2,280 s/f retail building located steps away from the East 241st Street and White Plains Road MTA #2 Train Station. Current tenants include a barber on a month to month lease and a Silver Crust bakery/restaurant which is still working toward a grand opening. The property sits in and R6 zone with a C2-2 overlay which would allow for 8,964 s/f of residential and retail development (19,930 s/f with community facility). The asking price is $900,000.

Lisa Menin of Jacobson Properties and Michael Crisafulli of Crisafulli Associates announced the sale of Albany Med at Niskayuna, a 37,821 s/f medical office building located in Niskayuna, Schenectady County, New York. The building is fully leased by Albany Medical College, one of the largest private employers in the Capital Region. The property was sold by Lecce Development Corp. LLC. The buyer was Elliott Bay Healthcare Trust III LLC. the sale price was $10 million. Lisa Menin and Michael Crisafulli served as the exclusive advisors to the seller.

HPNY announced the off market sale of 1534 Selwyn Avenue and 1197 Grand Concourse in the Bronx for $28,000,000. 1534 Selwyn Avenue is a six-story elevator building with 72 apartments located between Mt. Eden Parkway and E172nd Street. 1197 Grand Concourse is a five-story elevator building with 57 apartments located on the SW corner of 167th Street. The total built square footage of both properties is 141,000 s/f which equates to roughly $200 per built foot. The selling entity was a local investor. Purchasing entity was a multifamily fund led by Taconic Investment Partners. Ivan Hakimian and Josh Pomerantz of HPNY were involved in the deal.

Gary Pezza, Senior Director, of NAI Long Island, represented both the seller, KTMJ LLC, and the buyer, 320 Depot Road LLC, in the sale and purchase of a 7,000 s/f medical office building located at 164 East Main Street in Huntington, NY. The building sold for $2,600,000.

Friedman-Roth Realty Services announced the sale of an apartment building located at 125 East 39th Street. The property, located between Park Avenue and Lexington Avenue, is a five-story walk-up with six residential units and two s/f and was constructed in 1910. This is the first sale of the building in more than 15 years and the selling price was $7,400,000. George Niblock, a managing partner, represented the seller while the purchaser was procured by Jim Mann.