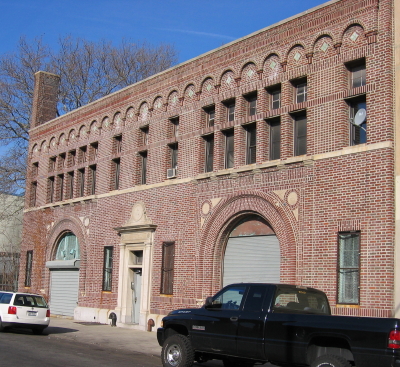 approximately $300 per buildable square foot. Winfield Clifford and his sales team exclusively handled the deal on behalf of private investors. 233 Butler Street was once the home to the original ASPCA (American Society for the Prevention of Cruelty to Animals) building. Most recently it was owner occupied and purchased by a Manhattan-based developer who will be bringing a retail concept to the property. The site measures approximately 159 by 100 ft. and possesses an M1-2 zoning designation which allows for commercial development of 31,800 s/f. It is currently improved by a two-story 13,447-square-foot renaissance revival structure, which was once home to the Brooklyn headquarters for the ASPCA. A majority of the land was delivered vacant upon the sale while 5,400 square feet will remain leased until September 2017.

Eastern Consolidated has announced the closing of three Brooklyn properties that sold for a total of $9,525,000 in separate transactions.

Northeast Private Client Group announced the sale of the Ivy Woods Apartments, a 64-unit apartment property at 86 Buff Cap Road in Tolland, Conn. Bradley Balletto, the firm’s regional manager, and Taylor Perun, senior associate, represented the seller and sourced the buyer in the $7,400,000 off-market sale. Built in 2005, Ivy Woods is a Class-B multifamily property situated on 28-acres The seller, Ivy Woods LLC, is a Connecticut-based investor. The buyer, Connecticut-based Detail Management, purchased the property for a price that equates to over $115,000 per unit, and a capitalization rate of 6.7 percent.

GFI Realty Services announced the $2.8 million sale of 1407 Fulton Street, a four-story, mixed-use building in the Bedford-Stuyvesant section of Brooklyn. The property is composed of six three-bedroom apartments and a vacant ground-floor retail unit. In total, the building comprises 7,821 s/f. Associate Moshe Gelbstein procured the buyer, a local investor. Sasha Berg and Solomon Rozental, also of GFI Realty, represented the seller, Eric Mann of the Mann Group. The buyer intends to complete significant capital improvements to add value to the property.

Highcap Group announced that Laurence Ross has been hired as the exclusive agent to sell a three-story walk-up apartment building located at 18-67 Cornelia Street in the Ridgewood South Historic District section of Queens. Built in 1930, the property is situated on a quiet tree-lined street a 5-minute walk from the M train station at Forest Avenue, near the main retail hub. It is comprised of six railroad style units with three bedrooms and will be delivered completely vacant. The building has a total of approximately 5,600 s/f with 27 ft. of frontage and a rear patio with garden. Ownership has set an asking price of $2,600,000.

The CBRE team of Jay Gelbtuch, Elli Klapper, Charles Berger and Richard Karson has been appointed the exclusive sales agent for the fee simple interest in 130 Irving Place in Woodmere, NY. 30 Irving Place provides potential investors with a development opportunity in a high barrier to entry market. Previously housing a rehabilitation and health center, 130 Irving Place is a 51,629 s/f three-story property, which sits on a 36,721 s/f lot. The property is minutes from the nearest LIRR train station and in close proximity to a number of major shopping destinations. Viable redevelopment options include  office, retail, senior housing and hotel.