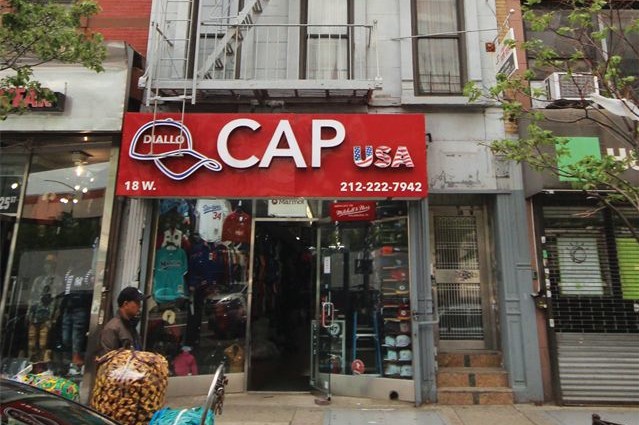 Eastern Consolidated has been retained to sell a classic five-story, 9,720 s/f, Beaux Arts-style multifamily townhouse at 310 West 92nd Street. The asking price is $10.95 million. Chad Ian Sinsheimer, Senior Director, and Joseph Richter, Associate Director, are marketing the 20-foot wide property as a co-exclusive with Compass. Gary Meese, Senior Director of Financial Services for Eastern Consolidated, is the analyst for the deal. The vacant landmarked townhouse is a candidate to be re-developed as a single family home, or multifamily configuration. The property consists of a basement with access to a rear garden and five above grade levels. The parlor level and basement is configured as a two-bedroom, 2-bath duplex apartment, and there are three studio units, two one-bedroom units, and one two-bedroom apartment on the upper floors. The proeprty has a new elevator and new roof.

Cushman & Wakefield orchestrated the sale and partial lease-back of 55 South Park Place on the Green, a 22,000 s/f office building also known as the New Jersey Monthly Building, to Park View Partners, LLC (a subsidiary of Paragano Real Estate Management, LLC). The building was originally home to the Daily Record newspaper and has been New Jersey Monthly Magazine’s base of operations for the past 25 years. Cushman & Wakefield Managing Director Frank Truesdell represented the owners, trading as DBR One LLC, in the sale. The buyer is planning to redevelop the building to create first-class space for New Jersey Monthly Magazine, which is leasing back 9,300 s/f on a long-term basis. The new owners are exploring concepts to redevelop 55 South Park Place to take advantage of the on-going renaissance and revitalization of Morristown. The remaining 14,000 s/f available for lease could accommodate either first-floor retail with frontage on the Morristown Green or an office tenant on the second floor with potential to develop the loft space on the third floor. 55 South Park Place is the only freestanding office building on the Morristown Green.

Gebroe-Hammer Associates announced that Senior Vice President Nicholas Nicolaou represented the seller and procured the buyer in the two-property $6.3 million sale of 38 units spanning 10-12 48th St., and 4614-16 Park Ave., in Weehawken, NJ. The properties had been owned by a single seller under the entity names of 10-12 48th ST LLC  and 4614-4616 Park Avenue LLC. The buyer was a local private investor.  The four-story 48th Street building features 17 units that include 13 two- and 4 three-bedroom layouts as well as on-premises laundry facilities. Offering a mix of studio and one-, two- and three-bedroom layouts, the five-story, 21-unit Park Avenue building has similar features as well as hardwood and tile floors, controlled access and dishwashers in the kitchens.

158 Hancock Street has several month-to-month tenants and is suited for a townhome conversion, condo conversion, or to remain as rental apartments.