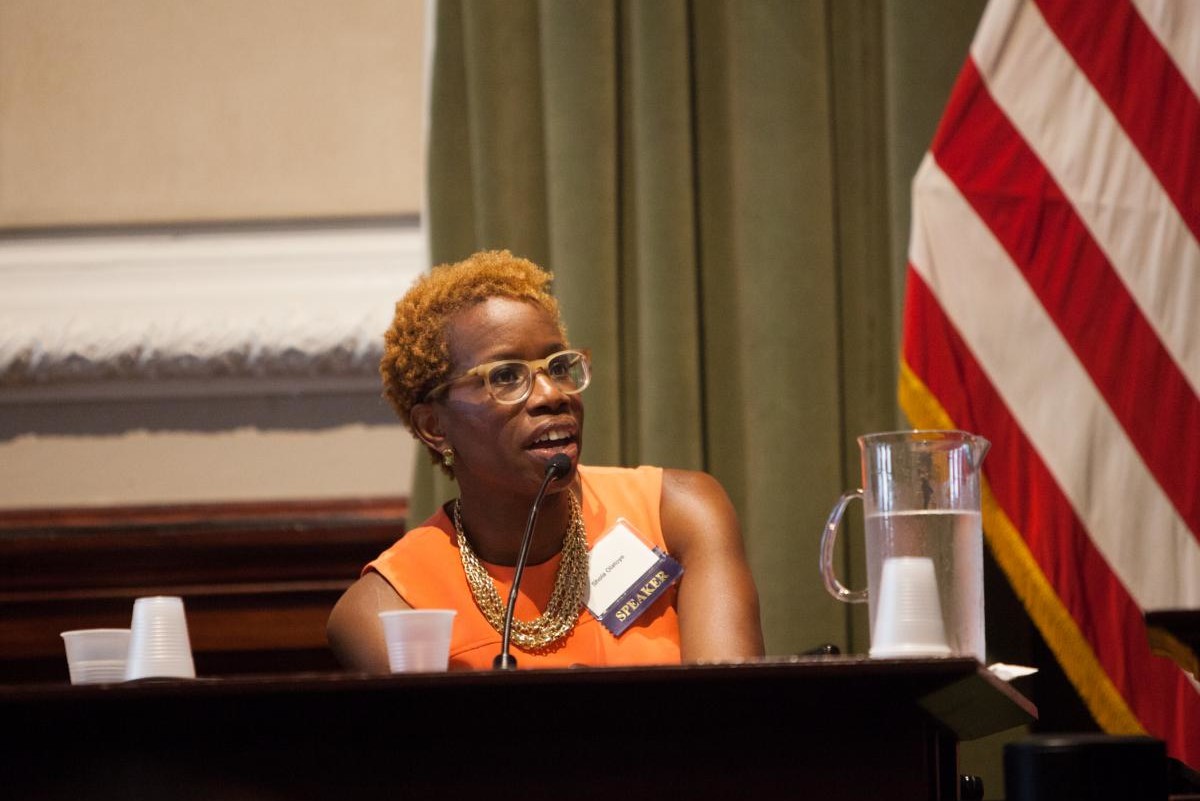 Shola Olatoye is pushing to alter the work culture inside the nation’s largest public housing landlord.

The chair and CEO of the New York City Housing Authority has been given the task of turning around what she calls a “devalued” city agency.

To find answers, she started with her department’s 11,000 workers, finding solutions to issues as inconsequential as reducing paper use.

“It’s hard. There are a lot of folks who don’t want things to change,” she said. “Any CEO would tell you that culture is the hardest thing to change. Weʼre pushing at all fronts; on the fiscal side of our portfolio and on the human capital side.”

For the duration of her tenure, Olatoye’s agency has been in rehabilitation mode. This meant that aside from pushing forward the city’s ambitious 10-year public housing plan, she’s also had to be both a cheerleader and a guide to her staff.

“We are immersed in a major turnaround effort of an organization that has been disinvested and devalued for over 30 years. Any time you come into an organization like that, there is a tremendous amount of organizational paralysis and low morale,” she said.

Meanwhile, the US Department of Housing and Urban Development gave NYCHA buildings an average inspection score of 73.5, below the national average of 86.7.

Olatoye, who was named to her post three years ago, was frank about the difficulties that NYCHA faced, saying that her first task on the job was steering the agency away from financial ruin.

“We were in a financial crisis. We operate on a 12-month calendar fiscal year. I came in March and we already had a $75 million deficit. So the immediate challenge was, how do we settle the bill? What is a short-term financial fix so that we can literally pay our bills?” she said.

“We’ve reduced the time it takes for basic maintenance to five days. It was over 50 days when I started. We have scored $1.3 billion in new city capital dollars. We’ve prepared, now for two years in a row, state funding for the New York City Housing Authority, which hasn’t happened since 1998. We have accepted almost 6,000 residents. We have a robust development pipeline. We’ve trained and retrained over 32,000 new staff members in the ways of modern property management. We have armed our men and women in the field with technology so weʼre not carrying paper around. Even with all that progress, we’ve balanced our books for two years in a row,” she said.

However, Olatoye’s agency is not yet done dodging existential threats. She pointed to the Trump administration’s 2018 federal budget proposal, which aims to cut funding to an agency that already has a $17 billion capital backlog.

“The president’s budget is an assault on so many things that work for healthy communities and vibrant cities. Public housing is one of them,” she said. “We’re looking at about $100 to $150 million operating dollars that are gone from our budget. It’s already not enough.”