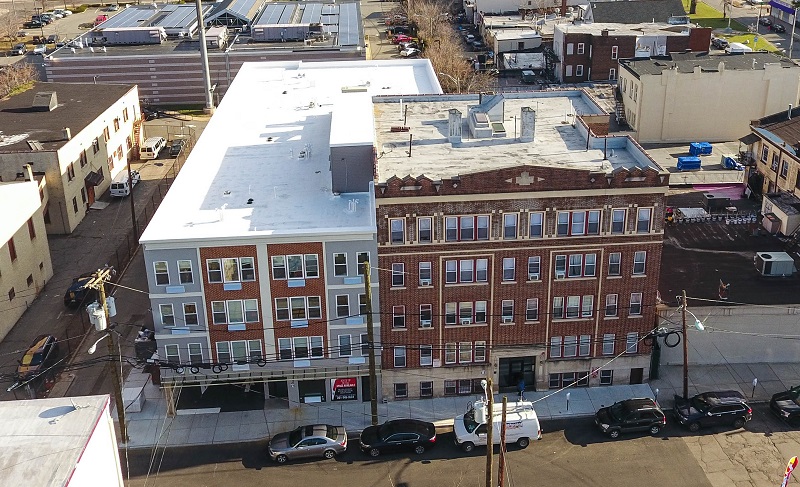 • 407-409 East 158th Street, a 34,094 s/f residential development site in the Melrose neighborhood of the Bronx. is being offered for sale. Jonathan Squires, Michael Floravanti, Josh Neustadter, Addison Berniker and Shayne Soltan will be leading the marketing efforts. the property is within walking distance of the Bronx Commons development at 443 East 162nd Street. Bronx Commons will be anchored by Bronx Music Hall, a 14,000 s/f cultural and educational center with a performance space. The development will also include a landscaped public plaza and 22,000 s/f of retail. The properties are also a short walk away from The Hub, also known as the Times Square of the Bronx, and close to Yankee Stadium.

• 138-23 Queens Boulevard, a 29,784 s/f lot located in the Briarwood neighborhood of Queens. Ownership is currently seeking investors for this opportunity. Stephen R. Preuss and Kevin Schmitz will be leading the marketing efforts on behalf of the property’s seller. 138-23 Queens Boulevard provides an opportunity to acquire a mixed-use development site close to public transportation with tax incentives. The lot has 225 ft. of frontage on Queens Boulevard. It is currenlty occupied by an 18,925 s/f single story retail building occupied by Key Food, Crystal Palace and Crystal Food Take Out. All leases expire in the first quarter of 2021.The property is zoned R6A, C1-4 and includes 89,352 buildable-square-feet, offering a bonus of up to 20,000 s/f for a qualifying FRESH store. The property is steps away from the Briarwood subway station.

Michael Rudder and Michael Heller of Rudder Property Group are marketing an office condominium in The Bar Building at 36 West 44th Street, for sale. The asking price for the 3,973 s/f sixth floor condo is $4,370,000. The space offers high ceilings and column-free layout, prominent presence off the elevators, mmodernized elevators and 24/7 attended lobby. Situated on a prestigious block, neighbors include the Harvard, Penn, Yale and Princeton clubs, the NY Yacht Club, and the Royalton, Algonquin, Sofitel, Mansfield and Club Quarters hotels. Two blocks from Grand Central Terminal, Bryant Park and Times Square, the condo offers access to 15 subway lines, the Metro-North Railroad and the Port Authority Bus Terminal.

• 993 Stuyvesant Avenue in Irvington, New Jersey, is a 32-unit apartment building that traded hands for $2.7 million

• 12-20 Canfield Street in Orange, consists of 47-apartment units and one store. The building traded hands for $7.325 million

The Net Lease Investment Sales Group for Avison Young announced the sale of a single-tenant net-leased United States Postal Service (USPS) property located at 2040 Merrick Road in Merrick, New York for $5.1 million. The USPS recently renewed a 10-year lease at the location and sold for a record price and cap rate outside the state of California. Avison Young represented the seller, 2040 Merrick LLC, in this transaction led by Senior Director Asher Wenig, along with Principals James Nelson and Jim Kinsey. The 2040 Merrick Road property is a mission-critical last-mile distribution facility for USPS and features a 10,742 S/F structure on a 29,800 s/f lot. The property also recently completed a renovation and offers excellent visibility and easy access along a major retail thoroughfare.

• A vacant mixed-used building located at 178 West Lincoln Avenue, Mount Vernon, NY, sold for $780,000. The seller was in the process of getting approved plans for rehabbing and configuring the property into seven apartments and one retail space. The proposed layout included three 3-bedroom units, three 2-bedroom units and one 1- bedroom unit. Plans for the ground floor commercial space included a wheelchair ramp.Marco Lala and his Team Lala of RM Friedland MultiFamily Direct brokered the sale.

Bestreich Realty Group (BRG) announced the sale of 314 Woodward Avenue located in Ridgewood, Queens. The development site was sold for $2,200,000. The property is 12,347 buildable square feet with a lot dimension of 60.33 ft by 102.33 ft and zoned R6B. Brian Davila, Steve Reynolds, Derek Bestreich and Tom Reynolds represented both sides in the transaction. The seller was Frank Pagnani and the buyer was Leo Kaufman.

Cushman & Wakefield announced that the firm arranged the sale of 128 Mulberry Street, a 4,800 s/f mixed-use property in Little Italy. The closing price was $9,780,000, equating to approximately $2,035 psf. Maurice Suede, Robert Burton, Bobby Carrozzo and Dan Soyak represented the seller, Solly Assa of Assa Properties. The building was purchased by Yukah LLC, who was represented by Charlotte Cheung of The Ariel Group. 128 Mulberry Street is a seven story, mixed-use multifamily building located on the southeast corner of Mulberry and Hester Streets in the Little Italy neighborhood of Lower Manhattan. The building is currently fully occupied and is comprised of five free market residential units and one retail unit. The retail unit is occupied by Little Italy Famous Gift Shops and is leased through May 2024. The residential portion of the building is comprised of three one-bedrooms, one two-bedroom, and a penthouse duplex with two bedrooms. The property has an additional 1,686 s/f of air rights available.

David Sokolowski and The Soko Team at Nest Seekers announced the sale of a ground lease in Cornelius, an affluent suburb of Charlotte in North Carolina. The property is occupied by a 3,237 s/f Starbucks and is the largest free-standing Starbucks in the county. Sokolowski and Michael Pattie of Nest Seekers represented the buyer. The property is ground leased to Starbucks with the initial term of the lease for 20 years, followed by another five-year option to extend. The store is situated on 0.967 Acres. The sale price was $2,777,777.