Ariel Property Advisors has been exclusively retained to sell 173-175 McGuinness Boulevard, a development site in the Brooklyn neighborhood of Greenpoint. The asking price is $5.4 million. The 50 by 100 ft. irregular site is situated in an Inclusionary Housing Zone, between Meserole Avenue and Calyer Street. Zoned R7A, the 3.45 FAR allows 15,094 buildable square feet, as-of-right, for residential use, or 20,125 for Inclusionary Housing. The site will be delivered vacant. Exclusive agents Daniel Tropp, Sean R. Kelly, and Alexander McGee are representing the owner.

Ariel Property Advisors has been exclusively retained to sell 2154 Third Avenue, a development opportunity located in East Harlem. This 25.67 by 100 ft. site is located on the west side of Third Avenue, between East 117th Street and East 118th Street. The property was rezoned in 2017 to C4-6 (FAR: 9.00), which provides approximately 23,103 buildable square feet (as-of-right) for a mixed-use development. The asking price for the recently rezoned property is $4.65 million, which represents $201 per buildable square foot. Though the site is subject to a Mandatory Inclusionary Housing (MIH) zoning provision that requires the residential portion of a new project to comply with either MIH Option 1 or the “Deep Affordability Option,” developers may be able to satisfy the affordable requirement by paying into an Affordable Housing Fund since the project would be under 25,000 s/f. Exclusive agents Michael A. Tortorici, Marko Agbaba, Victor Sozio, Matthew Lev and Matthew L. Gillis, are representing the owner, a private investor.

Avison Young has been named the exclusive agent for the sale or lease of a commercial condominium unit at 221 West 77th Street. The unit is located on the ground floor of a high-end residential tower and offers a gross area of approximately 2,369 s/f with 16 feet of frontage on West 77th Street. James Nelson, Jedd Nero, Howard Aaron, Brent Glodowski and Willis Fries will market the unit on behalf of the owner, Naftali Group, for lease (price upon request) and for sale at a price tag of $3,750,000. The retail space is located within one block of Equinox, SoulCycle, New York Sports Club, Pure Yoga and Central Park Taekwondo as well as health-conscious eateries such as Joe + the Juice, Chop’t and Juice Press.

Angel Commercial has been tapped to sell a prominent Bridgeport, CT, synagogue for $4,500,000.000. Located at a four-way traffic signal at the corner of Park Avenue and Capitol Avenue, the 30,256 s/f two-story brick building offers access and abundant parking. Situated on 3.15 acres, the synagogue has seating capacity of 750, a kitchen and space for a school which includes 15 classrooms, four offices, library, elevator, restrooms, playground and a basketball blacktop. The property is in a Residential Single Family (R-A) zone that allows, with a special permit, a community facility or school. Since its construction in 1950, it has been used as a synagogue by the Congregation Rodeph Sholom. 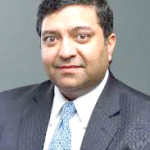 NAI James E. Hanson arranged the sale of 244 acres of land along Mt. Lebanon Road in Lebanon Township, N.J. John J. Schilp and Sigmund Schorr represented the buyers, New Jersey Conservation Foundation, New Jersey Green Acres Program, Lebanon Township, Hunterdon Land Trust, The Nature Conservancy, Victoria Foundation, 1772 Foundation, Leavens Foundation and the New Jersey Water Supply Authority, and the seller, Earl Pelio, in the transaction. The buyers created a public-private partnership to acquire the land to preserve it from future development and link existing preserved lands to create a greenway of nearly 2,600 acres in northern Hunterdon County. The acquisition aligns with missions of each organization and will help ensure that the lands can be enjoyed for generations to come.

Franco Fellah, Executive Vice President at HK Group, announced the sale of the medical building located at 20 Bay Street, downtown Westport, CT. The property is located next to the Police station and the Westport Library, and is surrounded by municipal parking. 20 Bay Street has been the home of Bay Street Pediatrics, Dr. Fern Pearlman’s office, for more than 30 years, and a medical building for the last 50 years. The two-story building has 3,473 s/f of space and it sits on a 0.14 acre lot zoned RPOD – Restricted Professional Office District. It was originally built in 1923 and was renovated several times. The sale price was $1,325,000.

Bestreich Realty Group announced the following sales:
• The $2.55 million sale of 552 Court Street, a mixed use property located in Carroll Gardens. The property features two floor-through units over one retail. The property is built 20 ft x 50 ft and offers approximately 3,000 square feet with an additional 1,000 sq. ft. of air rights. It sold at a 3.82% cap and its sale represents $850 per sq. ft. Toby Waring, Adam Lobel, Derek Bestreich and Luke Sproviero represented the buyer and seller.
• The $2,070,000 sale of 1270-1274 New York Avenue located in Flatbush. The development site measures 58 ft. x 102.5 ft. Zoned R6 and with an FAR of 3, the lots offer approximately 17,835 buildable sq. ft. The sale represents $116 per buildable sq. ft. Tom Reynolds and Derek Bestreich represented the buyer and seller.

A 3,100 s/f retail building at 128 Broad Street in the heart of downtown Elizabeth, New Jersey has been purchased by an affiliate of Rudder Realty Corp, a well known New Jersey investor specializing in retail properties. The building has been tenanted by GameStop for the last 13 years. The sale was brokered by 4a Realty and the seller was a Brooklyn group that had owned the building for 16 years. This is the second property tenanted by GameStop that Rudder Realty has purchased in the last three months.

Klosed Properties announced the acquisition of Wellsville Shopping Center, located at 400 Bolivar Road, Wellsville, NY. The property consists of 90,000 s/f, and fully-occupied by strong credit tenants. Some of the core tenants include Save-A-Lot, Tractor Supply, McDonald’s, Family Dollar, AutoZone, etc. Jacob Namdar, Senior Director of Acquisitions said it is a long-term hold and tenants are paying rents below $7 psf. Klosed is aggressively looking for additional value-add properties in the boroughs with a focus on vacant/occupied retail condos, mixed use, and multifamily buildings.