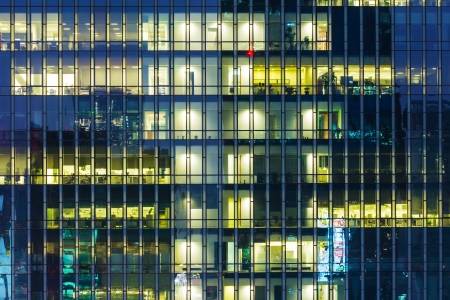 The Manhattan office leasing market is back on track with a strong second quarter after a slow start to 2018.
In its second quarter report on the city office market, Transwestern announced upticks in overall volume, average asking rents and lease sizes.

More than 10 million s/f was leased during the second quarter, the highest figure since 2014, according to transwestern.
Average asking rents came in at an all-time high of $74.36 per square foot, or three percent greater than last year’s Q2, while the average lease size almost hit the 50,000 s/f mark, which is 25 percent greater than last quarter’s average.
The second quarter saw 22 new leases larger than 50,000 s/f, nine of which came in above 100,000 s/f.

The technology, advertising, media and information sector, better known as TAMI, and the law sectors were the most active, according to Transwestern’s New York research manager Danny Mangru. The TAMI and law sectors accounted for five transactions that exceeded 100,000 s/f.

“The Manhattan market had a fairly robust quarter of leasing that brought it to 17 million square feet leased year-to-date, a figure that’s up 8 percent since the same period last year,” Mangru said.

“The leases didn’t have a strong impact on the net absorption figure because much of the space was either pre-leased or was not officially on the market.

Transwestern’s report noted that there’s currently 14.2 million s/f of office product under construction in Hudson Yards and Manhattan West, most of which is preleased and should provide a robust pipeline of new leases.

According to CBRE’s report, the Midtown market saw 5.18 million s/f leased out, representing the strongest quarter for the area since 2015. And if the pace continues, Midtown is projected to have its highest year-end total in 12 years, according to the CBRE report. The CBRE numbers showed the second quarters for both Midtown South and Downtown had great improvement from their first quarter. Midtown South saw 1.88 million s/f of leasing activity, which is a 48 percent increase from the first quarter, and Downtown’s leases totaled 1.9 million square feet or an increase of 140 percent from Q1.

According to Colliers, the leasing volume of the first half of 2018 was 1.5 percent ahead of Manhattan’s five-year average and more than 19 percent above the ten-year average.