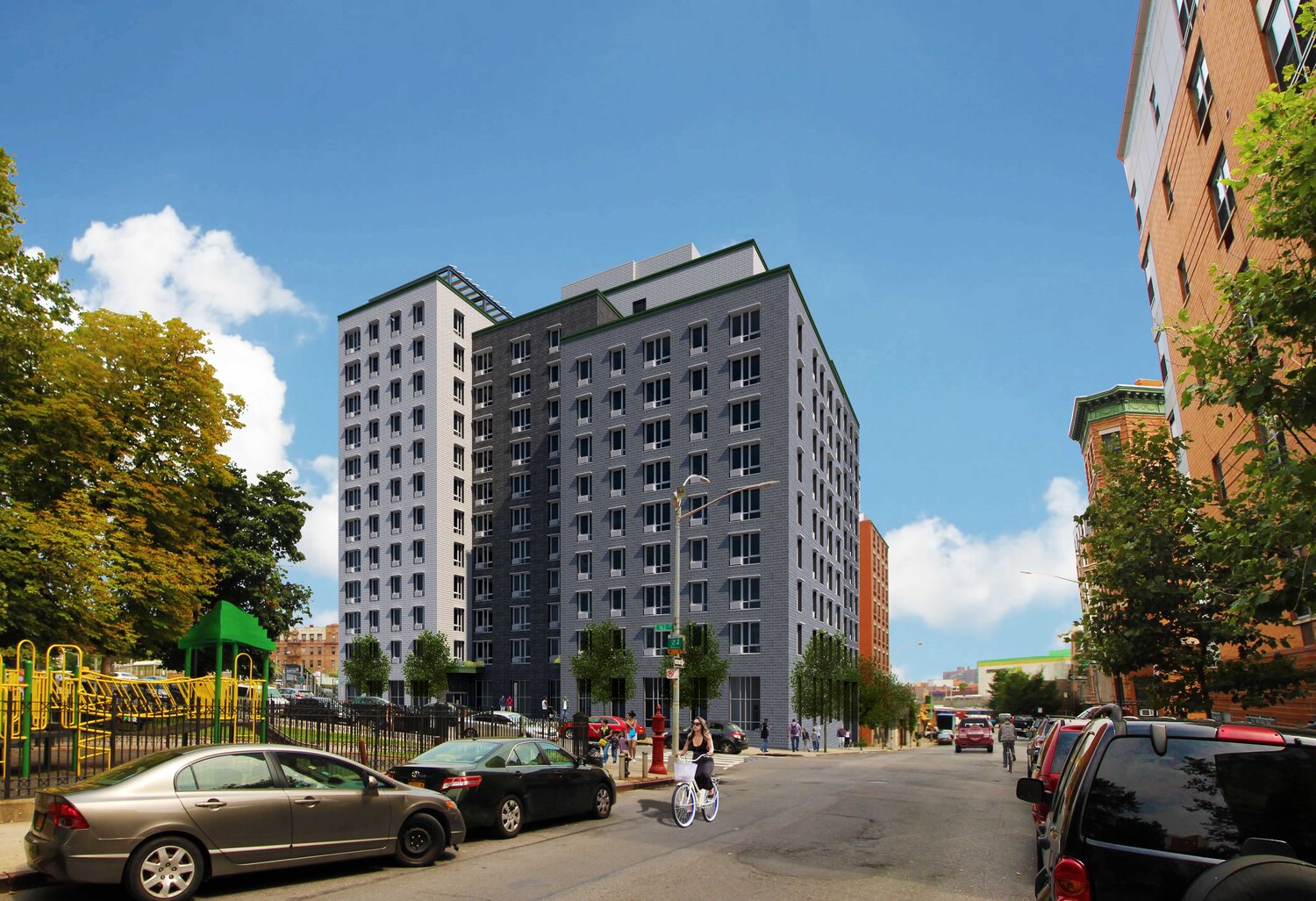 Peter Magistro’s Bronx Pro Group has closed on the latest deal by the New York City Housing Authority to have private developers build affordable homes on its land.

Called Melrose North, the $92 million project will create 171 units of supportive and affordable housing on a disused NYCHA waste facility on Courtlandt Avenue between East 162nd Street and East 163rd Street in the South Bronx.

Construction is expected to start in January on the site at 925 Courtlandt Avenue, a vacant lot that housed a trash compactor serving NYCHA’s Morrisania development. The site was awarded in July 2018 to Bronx Pro Group and Services for the UnderServed (S:US) and through a RFP and NYCHA entered into a ground lease with the developers.

SU:S is a social services agency that will be housed on the ground floor of the building and offer supportive services to residents who need it. In addition to the supportive services space, Melrose North will feature approximately 5,000 s/f  of community facility space to be used as a youth arts education facility operated by the DreamYard Project.

Bronx Pro Group and S:US will also work with BronxWorks to train NYCHA residents in relevant construction skills and hire them throughout the construction process.

The supportive housing units will be set aside for individuals and households that are homeless, victims of domestic violence or suffering from substance abuse or mental health disorders. NYCHA residents will be given preference for 17 of the units.

Amenities will include community and computer rooms; an outdoor gym; laundry rooms; a play area; community garden and a sun terrace on the 11th floor.

It will include a new public ADA-accessible ramp to the northbound Metro-North station adjacent to the site.

The Bronx Pro portfolio is primarily owned by the Magistro family. Since 1998, Bronx Pro completed the development of over 2,300 affordable housing units along with commercial and community spaces. Currently, the company has $230 million of development under construction and approximately $636 million in pre-development.

Bronx Pro was selected by HPD in 1998 for its Neighborhood Entrepreneur Program (NEP) which transferred City-owned buildings to private, neighborhood-based property managers for development into low and moderate income housing. In 2004, Bronx Pro was selected by HPD and NYCHA to launch the agencies’ brand new collaboration to transfer under-utilized, NYCHA-owned properties to private developers for the creation of low-income housing.

As the first developer under the HPD/NYCHA Development Collaboration, Bronx Pro completed University Macombs Apartments which consisted of four vacant multi-family buildings containing 180 apartments and a vacant lot.  The existing buildings underwent moderate renovation and a new 30 unit building was constructed on the vacant lot, creating a total of 210 apartments and 15,076 SF of commercial space.