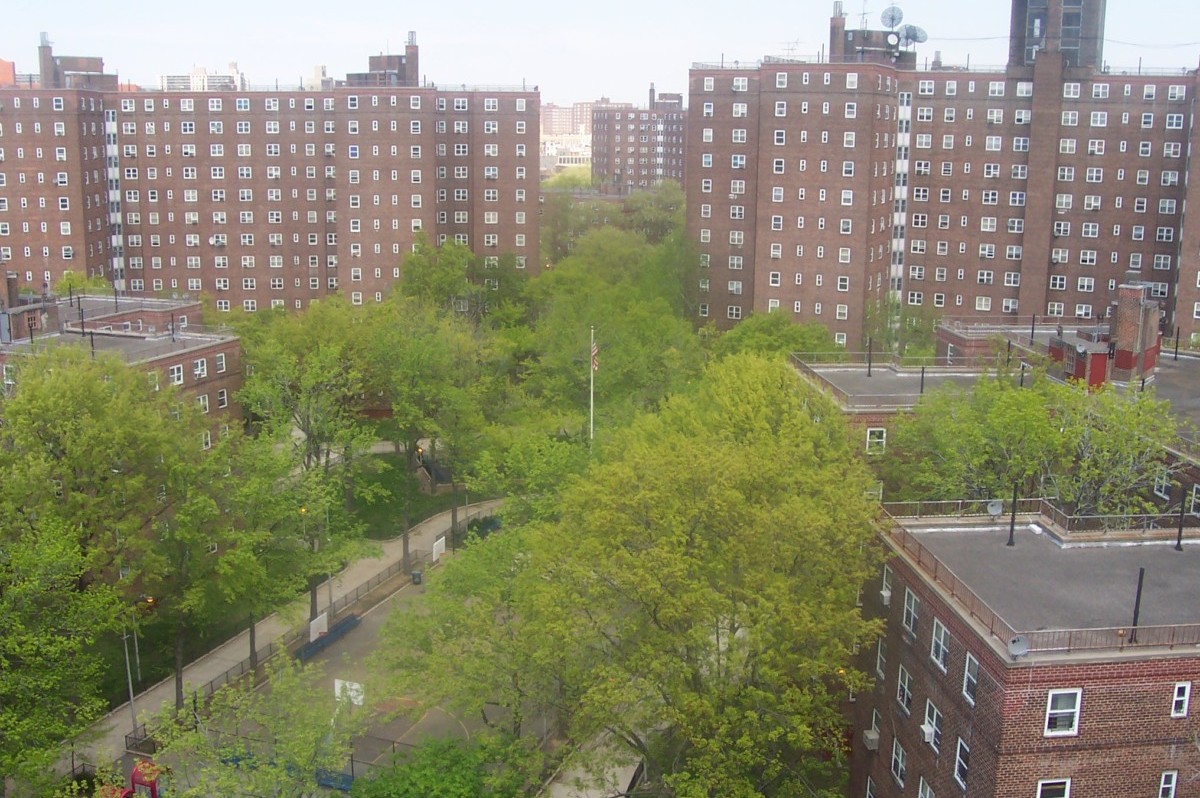 The U.S. Department of Housing and Urban Development inspects public housing developments across the country to ensure that they are safe, sanitary, and in good repair.

Under a 2005 federal rule, local housing authorities are required to form groupings of developments—called Asset Management Projects—that are located near each other or have similar building or tenant characteristics; on average, one New York City Housing Authority asset management group includes two developments.

The federal housing department inspects a sample of buildings and apartments within each of the housing authority’s asset management groups and assigns an inspection score for the group as a whole. The most recent data, released in August 2016, is based on inspections conducted from January 2015 through April 2016 and covers the majority of the city’s public housing.

The average inspection score for the city’s public housing was 73.5, below the national average of 86.7.

Nine percent of the city’s public housing developments were in asset groups that were “high performers” with scores of 90 or above. The highest score received by a set of New York City Housing Authority developments was 97, awarded to an asset group that includes two Brooklyn developments, Marcy Avenue–Greene Street (Sites A and B), and three Manhattan developments, 154 West 84th Street, Stanton Street Houses, and Lower East Side II.

Ten percent of the city’s housing authority developments were in asset groups with scores of less than 60, low enough to be considered “troubled.” The lowest score for a development was 33, awarded to Patterson Houses in the Bronx (the only development in the asset group).

Performance categories are based upon the Department of Housing and Urban Development’s classification of public housing in its Public Housing Assessment System. The physical inspection makes up 40 percent of an asset group’s total score, with the remainder comprised of management (25 percent)and financial (25 percent) assessments and capital planning (10 percent).

Similarly, the 2016 federal data used to calculate the national average includes inspections performed from 2012 through 2016. Scores on past inspections determine the frequency of future inspections.