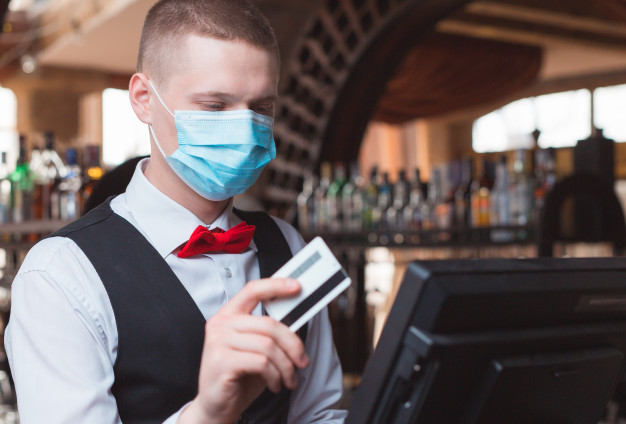 New York City’s restaurateurs have reached “boiling point” as neither the Mayor nor the Governor look set to allow indoor dining to resume any time soon.

“With indoor dining resuming soon in New Jersey, New York City will be surrounded by indoor dining but locked out from participating at significant economic peril,” said Andrew Rigie, executive director of the NYC Hospitality Alliance.

“The situation is at a boiling point and our government leaders must immediately develop a plan to reopen indoor dining across the five boroughs, like what’s been provided to restaurants throughout the rest of the state. Otherwise, our city’s economic crisis will reach a point it cannot come back from, with thousands of more restaurants permanently closing and likely more lawsuits filed against the government.”

Indoor dining has also been allowed for the last two months in much of New York State as well as Long Island and Westchester suburbs.

Despite the city reaching its lowest COVID-19 infection rate of a 0.59 percent today (Monday), Mayor Bill de Blasio said it would take “a huge step forward” – such as the development of a vaccine – to get dining out back indoors in the city.

“I do expect, pray for and expect a vaccine in the spring that will allow us all to get more back to normal,” said de Blasio at his daily press conference today.

“But, I will absolutely tell you, we’re going to keep looking for that situation where we could push down the virus enough, where we would have more ability to address indoor dining. We’ll have more to say on that in the coming days. But it’s going to – it would take a huge step forward to get to that point. That’s the truth.

Meanwhile Governor Andrew Cuomo said,”I am aware that the restaurants in New York City are very unhappy with doing no indoor dining. I understand the economic consequences. I understand their argument will be exacerbated when they say New Jersey can go to 25 percent and it is something we are watching and we are considering.

I want as much economic activity as quickly as possible. We also want to make sure the transmission rate stays under control. That is the tension. I get it with restaurants, I get it with casinos – I get it – and we’re trying to find the balance and we’re calibrating every day.”

Beginning Friday, restaurants throughout New Jersey will be able to open for indoor dining at 25 percent capacity and with social distancing between tables.

“Reopening responsibly will help us restore one of our state’s key industries while continuing to make progress against #COVID19,” Governor Murphy said in a Tweet.

New Jersey bars will also be allowed to reopen their indoor sections with restrictions ahead of the Labor Day weekend, Gov. Phil Murphy announced.

Murphy is also allowing gyms across the state to reopen under new rules beginning September 1 and cinemas can reopen at 25 percent capacity on Friday.