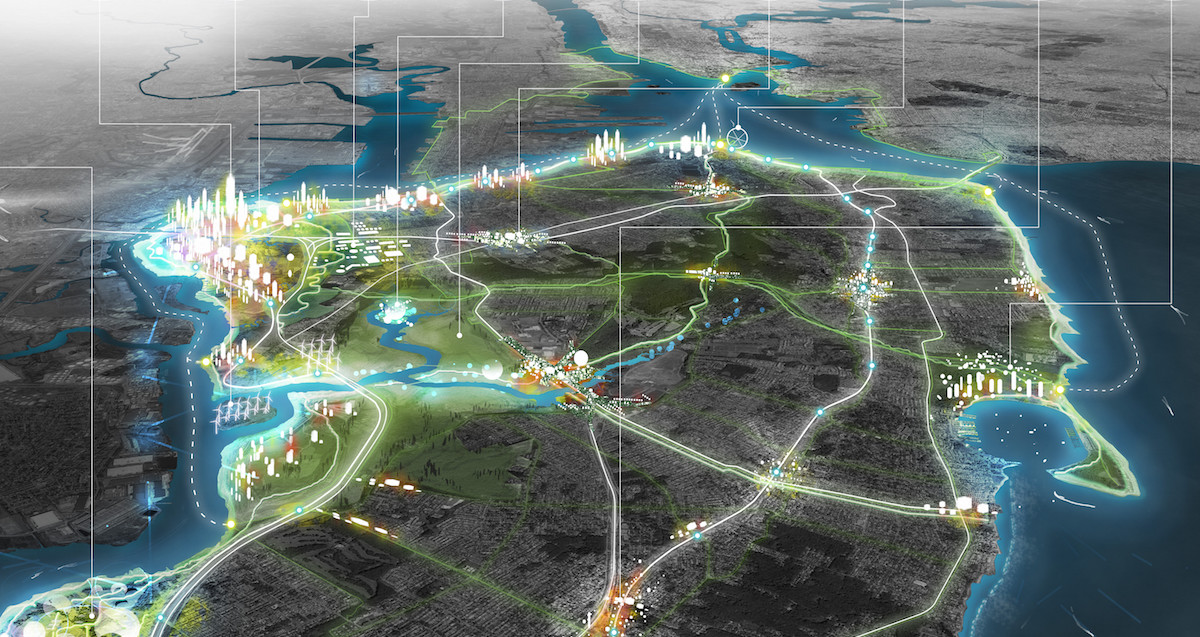 Staten Island has often been called “the forgotten borough,” but one architectural firm is hoping to change that phrase to “the borough of opportunity.”

CetraRuddy, the firm led by husband-wife team Nancy Ruddy and John Cetra, has designed major office and residential buildings all across New York City over the last 30 years. But the one place they haven’t done much work is Staten Island.

That’s about to change as CetraRuddy principal, Eugene Flotteron, has laid out an ambitious vision for the future of Staten Island that includes everything from aerial gondolas to a sprawling tech hub.

As land costs soar, vacancy tightens and the population continues to grow, New York City is increasingly looking at how to create more housing and office space for its residents. And Eugene Flotteron knows just the thing to help solve the problem — his hometown.

Flotteron grew up near the Staten Island Mall, in the Springville and Heartland village area of the island. He has lived on Staten Island all his life, but it wasn’t until a challenge was put out to architects and developers a few years ago that he envisioned a very different future.

Flotteron is spearheading CetraRuddy’s design of a 320,000 s/f Class-A office community on the North Shore of Staten Island.

A few years ago, Crain’s New York challenged the design and development world to lay out a vision for how to accommodate the population of NYC, which is expected to eclipse 9.5 million by 2040.

Last summer, at a real estate conference again hosted by Crain’s, five development and infrastructure experts presented those visions for each of the five boroughs.

Along the borough’s southern coast, which is lined with beaches, Flotteron’s plan includes a resort development and marina. The Fresh Kills area of the island would be developed into NYC’s largest park, while near the College of Staten Island and Wagner College, there would be a tech campus.

One of the biggest highlights of the project is Staten Island City, a proposed neighborhood on the northwest shore of the island near that Goethals Bridge.

The idea is for the “city” to be a business center on the island, but more densely built like urban areas of Manhattan, rather than the more suburban, spread-out character of most of Staten Island.

The week before Flotteron was set to present his plan publicly for the first time at the Staten Island Economic Development Corp.’s “Summit for Staten Island Business Leaders,” he spoke to Broker’s Weekly about his comprehensive and far-reaching master plan.

“When we started doing research, we weren’t sure where we’d end up,” said Flotteron.

They eventually chose four preliminary sites that could potentially be perfect for development. The sites are mainly focused on the underutilized West side of the island.

“We looked at transit studies that had been done and how to build on and support that,” said Flotteron. “And filled in the gaps.”

Flotteron said he has been careful to focus on keeping the character of Staten Island while still promoting large-scale development.

“We still want to preserve the suburban character,” he said. “That’s why a strategic plan where density can go that doesn’t interrupt that fabric is important. We suffer from transit shortage and would like to see that change.”

He and his team have been quietly shopping their vision in the community and at various industry panels, and he said so far it has gotten “a lot of support.”

“We’re just bringing it around at the moment to see what various stakeholders’ appetite is for this idea,” said

Flotteron. “It’s a little bit non-specific, a little bit aspirational. I think it’s exciting. We have a really blank slate to start with on this island, but you have to be bold enough to talk about it and kind of put it out there.”

Flotteron and his team presented the vision to the NYEDC last year and the agency brought them back this year to continue discussing it, and the Staten Island Chamber of Commerce is “very excited” about it, said Flotteron.

Flotteron isn’t focused as much on getting public officials on board at the moment, because as he points out, the plan is just in the idea stage now and would take years to implement, and today’s public officials wouldn’t even be in office any more.

“It’s about changing the dialogue, it’s not about what’s wrong and what you can do, it’s about what you want to do,” he said.

On the North shore of the island, developments like Empire Outlets, the Staten Island Ferry, and luxury rental complex Urby have cropped up over the last few years, and the area around the first stop on the Staten Island train line has been rezoned.

“It’s going to come down the East side,” said Flotteron of more rezoning and development. “And it will happen sporadically if someone doesn’t stitch it together.”

Renters can still find deals like a two-bedroom, one bathroom apartment with 1,200 s/f for $1,500, according to one recent listing on Realtor.com. The home, on Westervelt Avenue, is close to the Staten Island Ferry Terminal.

Flotteron sees a wealth of opportunity for useful, sustainable, and much needed housing and development to happen in what he called the “most disconnected borough.”

“It’s kind of new territory, it’s like the last frontier,” he said. “A lot of land, and very little density.”