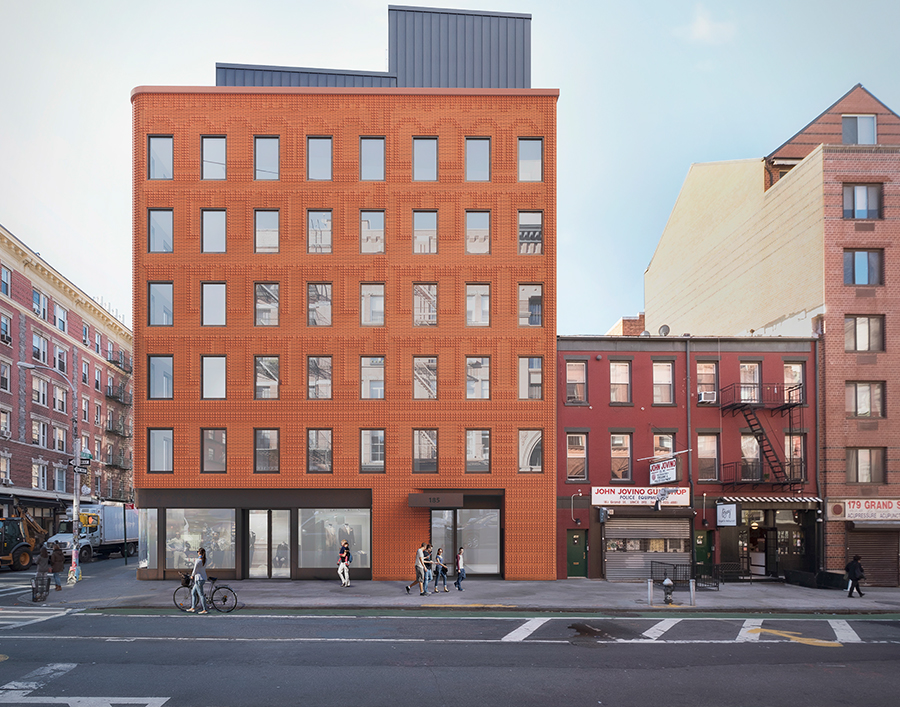 Nexus Development and Oved Group has filed plans for a luxury apartment building at the Italian American Museum at 185 Grand Street in Little Italy.

According to a permit application filed with the Department of Building, the firms are looking to build a seven-story residential property with 12 apartment units. The project, if approved as proposed, will have 18,965 s/f of residential space, 2,86 s/f for commercial and 2,167 s/f for a community facility. There will be two apartments each on the second floor and the third floor. The unit count gets bumped up to three apartments each on the fourth and fifth floor. Meanwhile, the sixth floor will divided between one apartment unit and the lower portion of a duplex. The seventh floor will be occupied by the upper portion of the duplex apartment, which will have an outdoor terrace. Planned amenities in the building include a rooftop terrace and bike storage.

The museum sold the property to Nexus Development and Oved Group for $14.8 million earlier this year. Morris Adjmi Architects is the architect of record for the project.