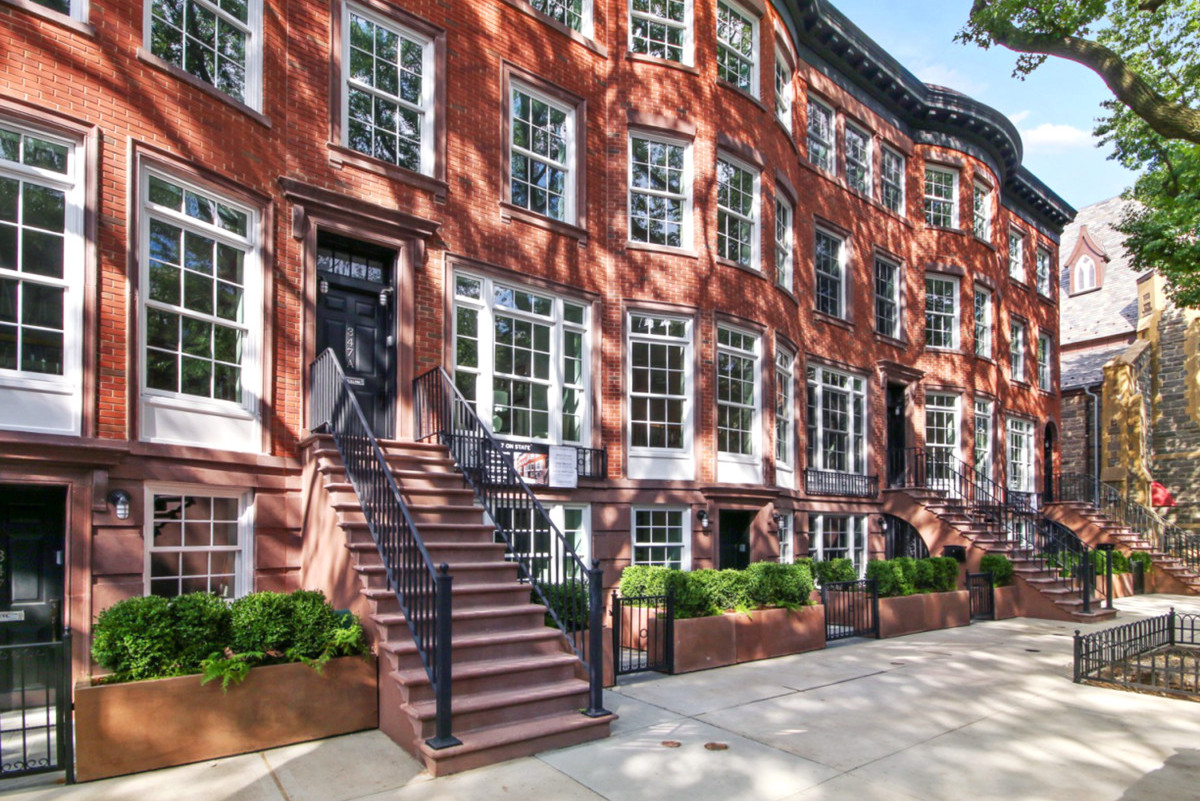 In Brooklyn, developers are going back to basics, with new development townhomes popping up from Red Hook to Williamsburg, offering a more classic alternative to the shiny glass condo towers that dominate the residential scene.

One of those new developments is Seven on State – a collection of seven high-end townhomes on State Street in the Boerum Hill neighborhood of Brooklyn, which neighbors Downtown Brooklyn.The completed homes sit on what was previously a parking lot, and like puzzle pieces, they fit into the townhome and brownstone-dotted neighborhood with ease.

“There are a lot more townhomes on the market now than ever before because I think the valuation of them has gone up so dramatically and owners are putting them on the market to cash out for whatever reason, moving or looking to make a change,” said Ken Saperstein, CFO of Strategic Development and Construction Group, which worked on the Seven on State project, along with co-developer IBEC.
While the Seven on State homes are built in a classic, neo-Georgian style, the interiors feature modern touches.

Just down the street from Seven on State is State+Bond, another new development townhome project that features five townhouses built in a modern design by Ben Hansen Architects, and developed by Adam America Real Estate. The prices for those range from $4.49 million to $4.85 million.

Down south in Red Hook, developer Sanba is building the King & Sullivan Red Hook Townhouses, which when complete, will total 22 townhomes with a modern design, including five different types of facades – Corten, Arches, Steel, Brick, and Terra.

In Cobble Hill, the Strong Place row houses were developed by Brennan Realty and features three classic townhomes that reflect the architecture of the leafy, brownstone and townhome-dotted neighborhood.

On N. 3rd Street in Williamsburg, a collection of modernized townhomes finished in 2014 take up the entire block between Bedford Avenue and Berry Street. The sales prices of the homes in that development, 131 N. 3rd Street, ranged between $1.9 million and $2.24 million.

The popularity of townhouse development comes from several different factors – including buyer demand, which according to a recent 3Q Brooklyn market report by Corcoran, price growth in the multi-family townhouse market in the third quarter rose by 38 percent on average since a year ago.

But another reason for the sudden surge, is developers looking to fit in rather than stand out.

“Local communities are more receptive to a project that emulates the past,” said Aleksandra Scepanovic, managing director of Ideal Properties. “Anything that blends in well and emulates the past and actually works well within the context, is often times really welcomed by the local community.”

However, there are other hurdles to building townhomes that fit in to the fabric of the community better.

“There are a lot more hoops to jump through in terms of materials used to build it and that commands a lot of effort, but the Landmarks Commission is more readily into approving projects like these (townhouses) as opposed to glass towers,” said Scepanovic.

On the buyers side, many of those who look to buy in Brooklyn are looking for something different from the typical condo.

“Most people when they think about living in Brooklyn, they don’t envision themselves living in a Manhattan-like glass tower, that’s not why they come to Brooklyn,” said Scepanovic. “People prefer a

One reason for the sudden surge in building new development townhomes, is due to the zoning restrictions placed on the neighborhood.

“There’s been a lot of contextual re-zoning of neighborhoods in Brooklyn,” said Larry Link, president of brokerage firm Level Group, “It limits the amount of building you’re able to do at a particular location, and limits the heights of buildings, so you can’t build these large superstructures in some places. Because of these height limits, it lends itself more to townhouse style development.”
But another big reason, said Link, is related to taxes.

“The tax-driven thing is a big deal for developers,” he said. “When you build a townhouse that is one, two and three-family, it’s considered to be in tax Class 1.”

Of the four different tax classes in New York, Class 1 and 2 are for residential properties, while 3 and 4 are for other types of properties. The difference between Class 1 and Class 2 is significant.

“For class 1 properties, the assessment is only 6 percent of the assessed value. For tax Class 2, the percentage of market value is 45 percent,” said Link. “So when you build a condo property or a rental property that’s more than three units, you end up in tax class 2 and your taxes right out of the gate are much higher. You can often make up the difference on a price per square foot basis because people are looking at those tax numbers and seriously considering whether they can afford it.”

Whatever the reason, townhomes seem to always be a safe bet for buyers and developers alike.
“People like brownstones and townhomes in general,” said Scepanovic.

And brand-new townhomes that reflect the past but are updated for the future with modern touches?
“It’s a very appealing product,” she said.

O’Connor makes big, bold statement on the Upper East Side

On The Scene: Jauregui, Ariel active in Bronx