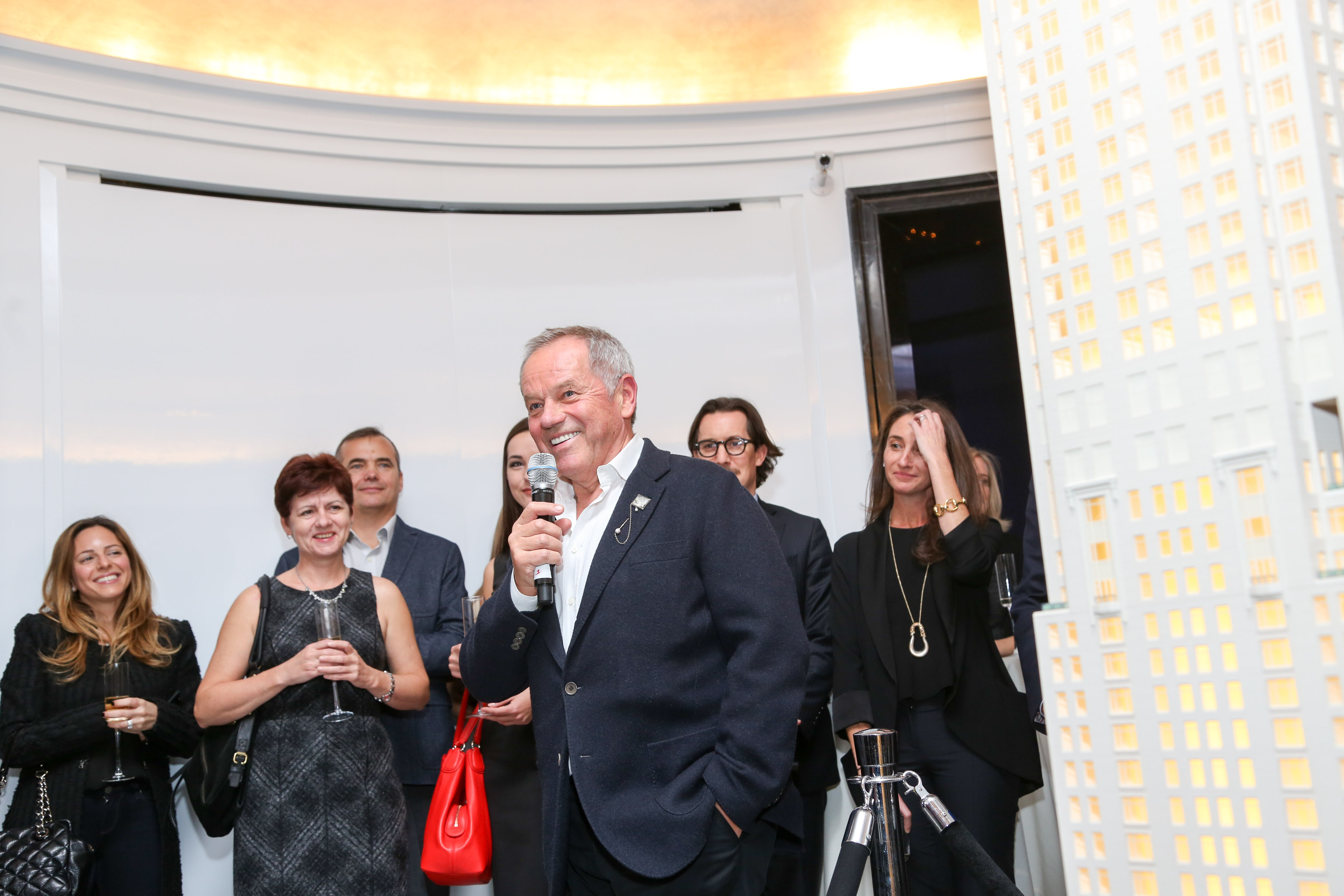 Larry Silverstein’s uber-luxury tower 30 Park Place, which will be hotel-condo hybrid the Four Seasons Hotel New York Downtown and Private Residences, recently welcomed world-class chef Wolfgang Puck and his restaurant, CUT, which will open inside the building next year.

Puck spoke to members of the media and real estate industry Nov.17 at a party to celebrate the partnership, which will be the first Wolfgang Puck restaurant in New York City – adding to his roster of more than 25 worldwide, including L.A. and Las Vegas.

“Hopefully it will be a new hotspot in New York City,” said Silverstein Properties’ CEO Marty Burger at the event, held in the 30 Park Place sales office, which is on the 33rd floor of 7 World Trade Center. Larry Silverstein was scheduled to attend and speak at the event, but pulled out at the last minute due to a cold.

Puck told the audience during a Q&A session that finally opening a restaurant in NYC was a longtime dream of his, but it always came down to timing and location.

“New York for us is going to be the most important place,” said Puck of the restaurant.

A few years back, the Austrian-born famous chef was in talks to open a CUT restaurant at the Four Seasons on 57th Street but felt that the restaurant wouldn’t have its own identity in the space – he sought to have the restaurant be a part of the hotel but not be the “main thing.”

Puck also credited his wife wanting to be in New York City as one of the reasons for choosing to open another restaurant here.

“New York is the center of the world,” he said. “We cannot say we are a global brand if we’re not in New York.”

The menu will be different from other outposts of CUT in L.A. and Las Vegas, and Puck said he will look to visit local farms upstate to source ingredients. He even built an experimental kitchen in L.A., where he currently lives, to get ready for CUT’s opening in New York.

As for 30 Park Place, the 157 apartments are 75 percent sold since sales began in June, and closings will begin in the spring of next year. The hotel portion of the building and CUT are slated to open next summer.