The appetite for expansion among the CFOs of East Coast companies throughout this year bodes well for property owners and real estate brokerages, based on a recent study conducted by TD Bank.

Despite a tumultuous tail end of 2015, the majority of financial executives were optimistic about the U.S. economy. This optimism was motivating plans for increased capital expenditures (CapEx) across a number of categories even beyond new facilities, including investments in office technology, data security and workforce expansion.

Most notably, this year’s CFO survey signaled an almost complete 180 with regard to projected CapEx levels from the immediate aftermath of the Financial Crisis.

Three in five of our 2015 respondents anticipated increasing CapEx this year, compared with just over a third when we first conducted this survey in 2010. Given this important shift, it’s worth examining how the 28 percent of companies looking to purchase or lease new facilities in 2016 will be approaching the marketplace on the East Coast.

The geography of the recovery

The Commercial Real Estate (CRE) market continues to grow, with more than 30 months of double-digit annual growth, according to CoStar, a CRE analytics firm. An analysis by TD Economics, the independent research arm of TD Bank, shows that CRE prices have risen 60 percent from their Great Recession low, gaining nearly twice that of residential prices. This rapid acceleration paired with the sustained low rate environment has made CRE an investment destination, for better or worse.

A limited number of markets have disproportionately driven increases in the CRE price index, with New York now experiencing prices that are 80 percent over where they were six years ago, and cities like Washington, D.C., Boston and Miami not far behind at 70 percent. That said, we are witnessing a price recovery that is in line with market fundamentals outside of major cities – an encouraging sign for the economy as a whole.

The National Association of Realtors (NAR) “Commercial Real Estate Outlook: 2016.Q1” reported that apartments made up the bulk of transaction volume in 2015, at $150 billion in sales versus $145.8 billion for offices and $87.6 billion for retail. Rent growth for apartments is anticipated to taper off significantly from 6 percent at the end of 2015 to an average of 3.9 percent this year, TD Economics reports. Over the next two years, we anticipate a downward trend in rent growth, approaching just 3 percent in 2017. That said, nationally price growth in the apartment market is expected to further widen the margins by which it outpaces both the office and retail markets.

Growth in office space driven by jobs and company relocations

According to the NAR, rents for offices in the final quarter of 2015 increased by 2.2 percent, reaching $31.26 per square foot. If your specialty is office space, you’ll want to consider focusing your efforts on Boston, Charlotte and Tampa, all of which are strong markets with the potential for rising rents and low vacancy rates, based on TD Economics data. For Boston, a combination of robust job creation among professional and technical services firms has led to increased demand. In the Queen City, the relocation of companies from adjacent regions has contributed to the crunch.

On the flipside, despite its strength in retail and the recent high prices on trophy assets, the NY office space market remains flat, the Philadelphia market shows a penchant for slow and steady growth and D.C. continues to hurt from significant federal budget cuts. Nationally, office vacancies are expected to hover around 10.6 percent into 2016, slightly better than where they were in 2015.

Retail soft, but rents increasing in reaction to some local recoveries

For the month of January, the vast majority of retail categories – eight out of 13 – grew sales, according to the Census Bureau data. Retail has been soft, according NAR research, but does show some signs of improvement. Nationally open square footage should continue to shrink in the coming year, with vacancy rates expected to average out at 5.7 percent. Additionally, there are certain markets that have experienced a comeback. 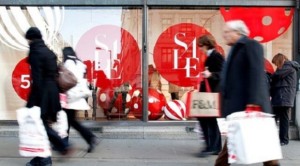 A bright spot for the Miami CRE market, retail is also expected to outperform in Boston, New York and Charlotte, N.C. The Miami region has continued to benefit from a decreasing retail vacancy rate, anticipated to hit 3 percent in 2017, combined with strong retail sales fueled by international shoppers. Retail rents have soared to 20 percent over the last cycle’s peak.

The key takeaway for both real estate developers and property owners is to understand how to work with the regional and segment dynamics of their respective markets, versus attempting to swim upstream.

While concerns about a rate hike have long since subsided only to be replaced by talk of negative interest rates, maintaining an open dialogue with your financing partners will ensure that you are able to revise your strategy accordingly as the market environment shifts throughout the year.

Momʼs the word as star rookie climbs ladder to success