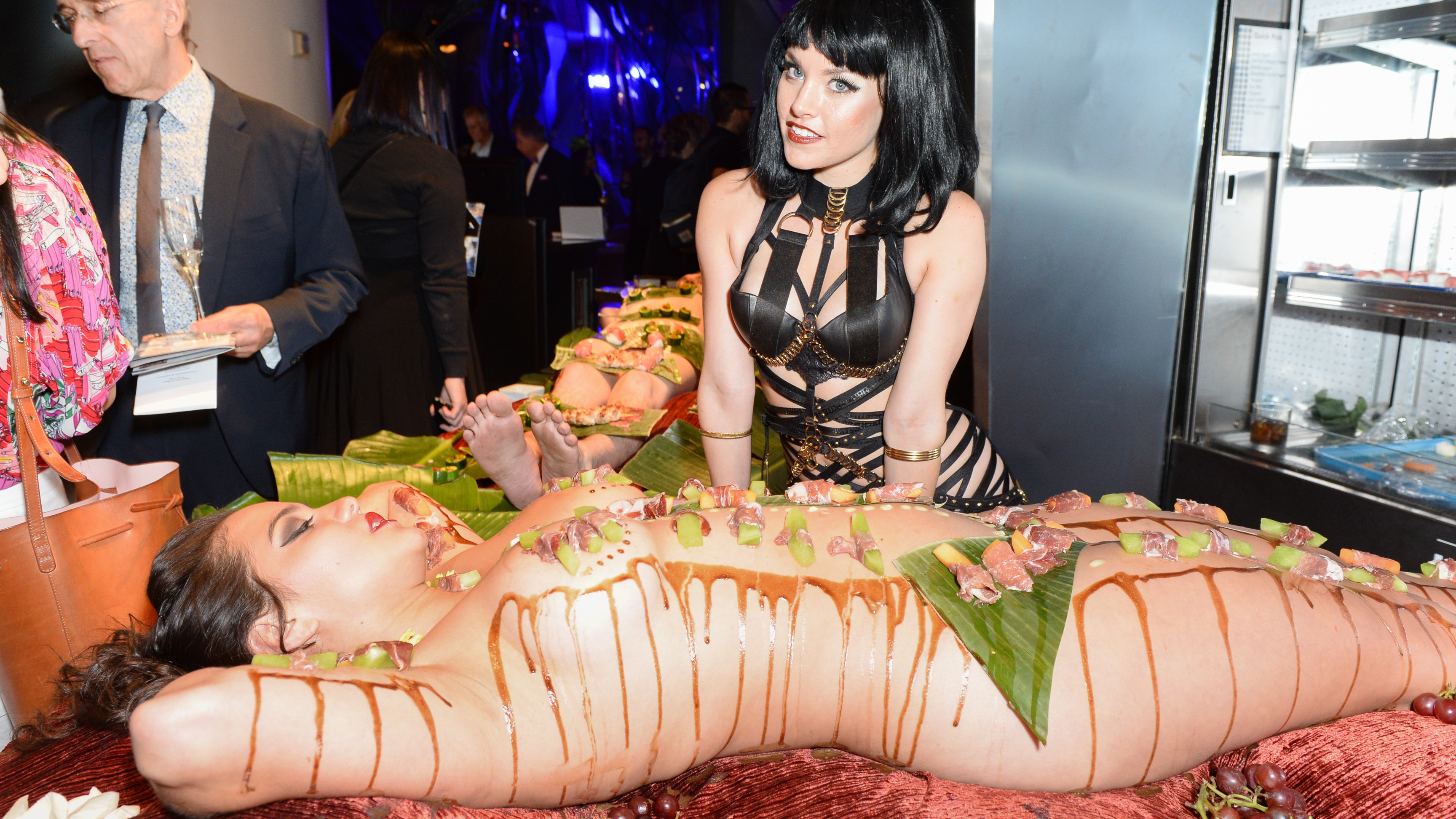 Naked and unafraid at the 2016 chashama gala

Business-suited executives mingled as over 100 performance artists bared their souls –  and sometimes their bodies – at what the non-profit bills as a free form event of off-beat and wacky performances.

Durst herself was decked out as a sort of human candelabra in a white dress adorned with lit candles.

Artists  Flambeaux Fire and Muffinhead  headlined the gala, which celebrates chashama’s ongoing commitment of giving artists free or affordable space to create and present their works.

Durst founded chashama in 1995 to partner with property owners to activate more than 80 unused properties to help some 12,000 artists develop, create, and present. The non-profit empowers artists at any stage of their career with affordable space, and brings vibrant artistic programming to audiences of all ages in diverse neighborhoods throughout New York City

It also provides subsidized housing for artists in The Bronx, runs a residential program upstate and sponsors open house programs at the old Brooklyn Army Terminal in Sunset Park. By structuring a mission around these goals, chashama has become a major force in the NYC arts community by supporting the work and ideas of an increasing number of emerging artists every year.

Over the years it has developed partnerships with major real estate interests and has the support of the Real Estate Board of New York.