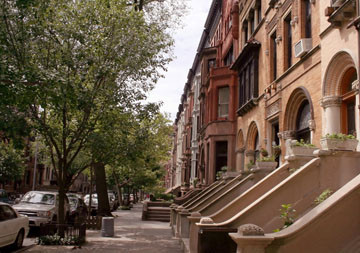 In its Multifamily Month in Review for October 2015, the firm noted that although Brooklyn and the Bronx saw notable sales increases, the cty’s multifamily sales volume overall slowed.

Manhattan and Northern Manhattan had particularly light months, with the majority of transactions coming in at prices under $35 million.

“While the multifamily market got off to a slower 4Q start in October, we believe this results from the lack of supply, not demand,” said Shimon Shkury, resident of Ariel Property Advisors.

The Bronx experienced a year-over-year spike of 132% in dollar volume with $167,290,000 in gross consideration.
One key highlight was the $90 million sale of the Continental Portfolio, a package of 13 buildings containing 612 units. The sale translates to a sub-5% capitalization rate and is, to date, the largest multifamily sale of 2015.
In the Bronxdale neighborhood, a pair of elevatored buildings sold for $30,600,000, or $135 per square foot.
Pricing continues to rise throughout the Bronx, as the trailing 6-month average gross rent multiple has topped 10, hitting 10.14 times.

Northern Manhattan had a sluggish month with 11 buildings trading across eight deals totaling $105,325,000.

Queens’ multifamily figures were bolstered by two large trades which accounted for roughly 84 percent of the borough’s dollar volume in October. The larger of the two trades was 83-30 Kew Gardens Road, an elevatored building with 52 units which sold for $35,000,000, or $390 psf. In Jackson Heights, 94-02 35th Avenue sold for $22 million, or $200 per square foot.