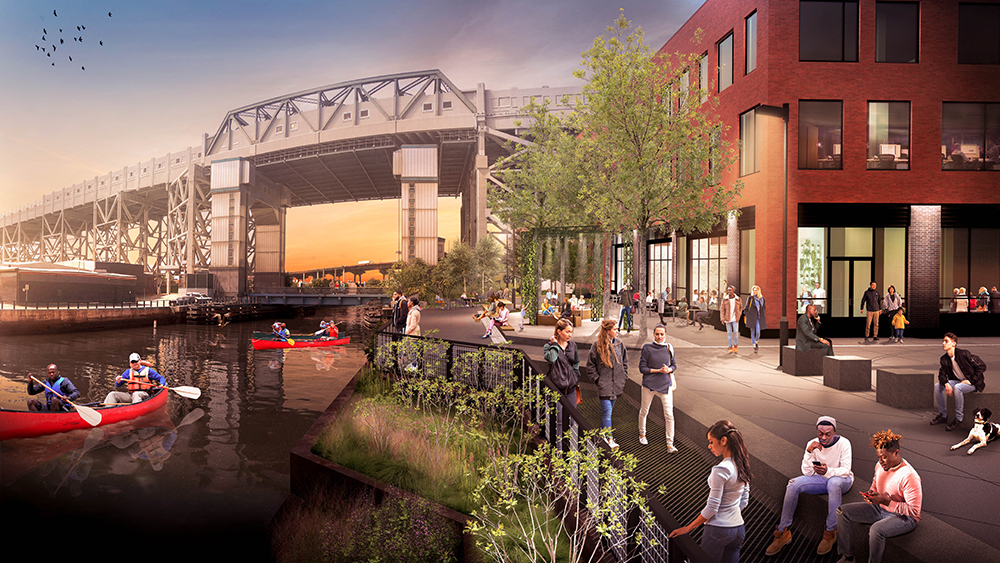 The new six-story building in the Gowanus Industrial Business Zone (IBZ) will encompass 100,000 s/f and house a new construction yard, along with office, light industrial, and street-level retail space.

The project will also provide a privately-owned, publicly accessible esplanade on the Monadnock property that will be the gateway to the mile-long public walkway planned for the Gowanus Canal.

The approved ULURP application allows a rezoning change from M2-1 to M2-3 to eliminate the parking requirement enabling Monadnock to remain in the neighborhood and move into the IBZ maintaining construction jobs in Brooklyn.

“Especially considering the challenges of developing the site, we have been impressed with Monadnock’s willingness to engage stakeholders and go above and beyond to keep a significant percentage of the property truly attainable for our local manufacturers and innovators,” said Ben Margolis, executive director of the Southwest Brooklyn Industrial Development Corporation (SBIDC).

The esplanade on the 300 Huntington property will be the first stage in the City’s grand vision for a publicly accessible shore public walkway and landscaped seating areas along the Gowanus Canal, with access from Huntington Street and, in the future, the MTA’s property on Smith Street to the south, and privately-owned sites to the north.

The Canal is currently undergoing remediation and, with the public walkway, is expected to be transformed into a vital recreational resource for the community.

The construction of the building will generate approximately 1,045 jobs (direct, indirect and induced), including 330 in construction-related activities over the two-year construction schedule. These jobs include work related to cleaning up the property as a voluntary participant in the New York State Brownfield Cleanup Program.

The project is expected to generate 715 permanent jobs that will be transit accessible in the IBZ.

The building will also incorporate a green roof for sustainability and will have integrated vegetation along the Canal that absorbs rainwater.

Monadnock Construction has agreed to reserve 5,000 s/f of the new building to a specified list of industrial uses and an additional 5,000 square feet at a reduced rent for future industrial tenants.

Construction is anticipated to last approximately two years and be completed as early as 2023.