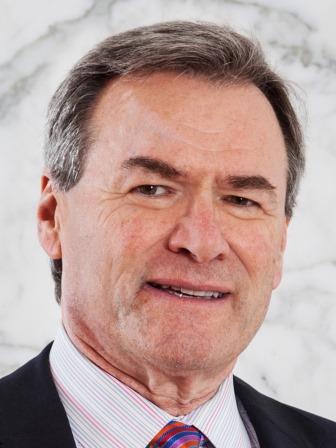 Oskar Brecher, the executive vice president and director of development at the Moinian Group, has died at the age of 69.

“We are truly saddened by the sudden and unexpected passing of Oskar Brecher, a dear friend and leader of The Moinian Group,” said Joseph Moinian, the firm’s CEO.

“Since joining the company in 2004, Oskar’s knowledge and passion for real estate have greatly contributed to the success of our firm. His dedication and kindheartedness made him a role model to all those who knew him. Oskar will be greatly missed and we will keep our many wonderful memories of him close to our heart. On behalf of the entire Moinian Group, our deepest condolences to his family.”

Brecher started his career in the 1970s as a senior executive at the Cadillac Fairview Corporation, which, at that time, was the country’s largest publicly held developer. Later on, he founded his own firm, American Landmark Development, Inc., which developed residential buildings in New York, New Jersey, Washington, D.C. and Toronto.

Before joining Moinian, he worked as the president of AFC Development Group. The firm, which was a subsidiary of Manhattan-based investment banking firm AFC Realty Capital, targeted residential development opportunities in Manhattan and the greater New York region.

According to an obituary published in the New York Times, Brecher was just a few months away from celebrating his 70th birthday on July 25. He was described as a “friend, world traveler, architect, philanthropist, joke teller, story teller, wine connoisseur, foodie, Renaissance Man and over all lover of life.” He is survived by his wife, Adrienne Albert, the CEO and founder of real estate sales and marketing firm Marketing Directors, and his son Matthew. The funeral service will be held on April 20 at 930am at Temple Israel of the City of New York (112 East 75th Street).