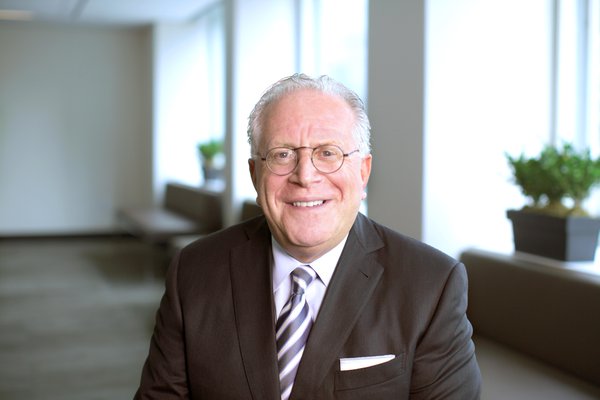 Hochberg shows his hospitality, from the boardroom to the building site

Lightstone president Mitchell Hochberg is overseeing $2.3 billion worth of new development in New York City, preparing to launch a hotel brand with Marriott that he believes will rival Airbnb, and still manages to get in a workout before getting to the office at 8 a.m. every morning.

It’s easy to understand how Hochberg, a 30-year veteran of the real estate development world, is adept at juggling so many things.

A fast-talking but down-to-earth native New Yorker, Hochberg has worked in nearly every aspect of the real estate world, as well being a practicing attorney and CPA.

He founded his own development company in 1987, Specturm Communities, a successful residential and hospitality firm that he sold to Skanska in 1995. He continued running the firm until 2003, when he ended up buying it back from Skanska. Six months later, after a bidding war, WCI Communitis, one of the nationʼs biggest public home builders, purchased his company.

In 2005, after working on some of his own projects as well as joint ventures, Hochberg teamed up with Ian Schrager, with whom he’d worked on the Delano Hotel in Miami, and joined the firm as president for a year, working on development deals.

For 15 years, Hochberg and longtime friend David Lichtenstein, the chairman and CEO of Lightstone, had talked about working together, and in 2012, they decided to combine their expertise. Hochberg merged his development and investment firm into Lightstone, with a new focus on hospitality and development.

Hochberg is passionate about hospitality, something the Brooklyn-born developer discovered at a young age.

He first learned about real estate through his father, who invested in retail shopping centers. He recalls traveling to look at potential sites with his dad as his first look into the real estate industry.

“I was exposed to real estate, in terms of development, but never in terms of hospitality,” Hochberg told Real Estate Weekly. “I always had an interest as a child, what I loved about hospitality is the fact that it involved hospitality; dealing with people and delivering an experience to someone, and the idea of combining the real estate and development.”

Hochberg enjoys the nitty gritty of the process — brainstorming customer wants and needs, conceptualizing and sitting in on design meetings, and how to differentiate a particular hotel’s experience from competitors.

He is on the board of directors for Belmond Ltd., formerly Orient-Express Hotels Ltd., the group that owns some of the most famous and iconic hotels in the world, including the Belmond Hotel Cipriani in Venice, the Copacabana Palace Hotel in Rio de Janeiro, and the famed Orient Express trains.

“I’m very involved in investment decisions at that company,” said Hochberg. “It’s exciting because it deals with luxury and delivering an experience to people, and I’m able to take development and hospitality and apply it at a different scale in a different part of the industry.”

Lightstone and Marriott have teamed up to launch Moxy, a new brand by Marriott that will be filled with top-notch amenities like roof bars, lounge areas, and hip restaurants – but with much smaller rooms, at a value price point.

“David [Lichtenstein]and I sat down four years ago and realized New York City is underserved with hotels, which wasn’t a big surprise — occupancy is consistently in the high 80’s and low 90’s, while the national average is 65 percent,” said Hochberg.

They found that one of the biggest reasons for the dearth in hotels was the high price of building in New York, so they brainstormed cost-cutting options, including building pre-fab, but the numbers didn’t work.

That’s when they discovered the trend in European hotels to build much smaller rooms.

Hochberg took three trips to Europe and two to Asia to meet with brands involved with micro hotel rooms, a trend that had trickled into the NYC market with Yotel and The Pod Hotel.

Once they heard about Marriott’s plans for the Moxy brand in Europe, the two companies, which had already worked together, decided to team up to launch Moxy in NYC. Four Moxy hotels will be built in the city, with a total of 1,459 rooms.

The first to be completed is a Moxy hotel on 36th Street and 7th Avenue, which will be the flagship of the brand, with 618 rooms, and is slated to open next year.

One is currently under construction on 28th Street between Fifth and Sixth Avenues in the Nomad area, with a planned opening date in early 2018. Two others, one on the Lower East Side and one in the Union Square area, are also in the pipeline. Hochberg also hopes to build Moxy hotels on the Upper West Side, Tribeca, and Brooklyn.

“My elevator pitch is to take a cruise ship and turn it on its side,” said Hochberg of the concept behind the hotels. “Cruise ship rooms are incredibly small but tastefully done – they have a great shower and bed – on a cruise, you’re not hanging out in the room, similarly in New York, you’re not interested in hanging out in your room, you get a great shower and a good night’s sleep, that’s enough, because you want to be out in the city.”

The brand aims to sacrifice nothing but the room size – the hotels will have “very activated” public space, in the event guests don’t want to go out on the town but want to get out of their room, the hotels will have lounge areas similar to a Starbucks, as well as roof bars and restaurants open 24 hours a day.

“We think it will really resonate with the public as a value and experience,” said Hochberg. “It’s what we really believe could be the industry’s answer, or anecdote, to Airbnb, because the room rates will be under $300 a night, at $275 to start.”

Hochberg argued that with Airbnb, a user may be able to get a much bigger space for the same amount of money, but it would likely be in a far-flung neighborhood in an outer borough, with less amenities and security.

Current residential projects include a massive rental project along the Gowanus Canal in Brooklyn, where they recently launched leasing, a boutique 40-unit condo building on East End Avenue in Yorkville, and a 450-unit project in Long Island City that is currently under construction.

“We would love to continue to do more multi-family if possible, if we could make the numbers work,” said Hochberg, of new development rental. “It is impossible to do a multifamily project in New York City without 421a.

The numbers don’t work. The rent you would have to charge to pay taxes are too high for the market.”

Hochberg, who lives in Yorkville with his wife of 28 years, credits his success in business and real estate to surrounding himself with good people, and the Golden Rule.

“I’ve learned life is more fulfilling and profitable when you develop long-term relationships with people,” he said, noting that many of his business relationships go back 20 to 30 years.

“I treat people the way I want to be treated, I make sure I understand when I’m negotiating with somebody what they are thinking, and what their needs are, not just mine.”