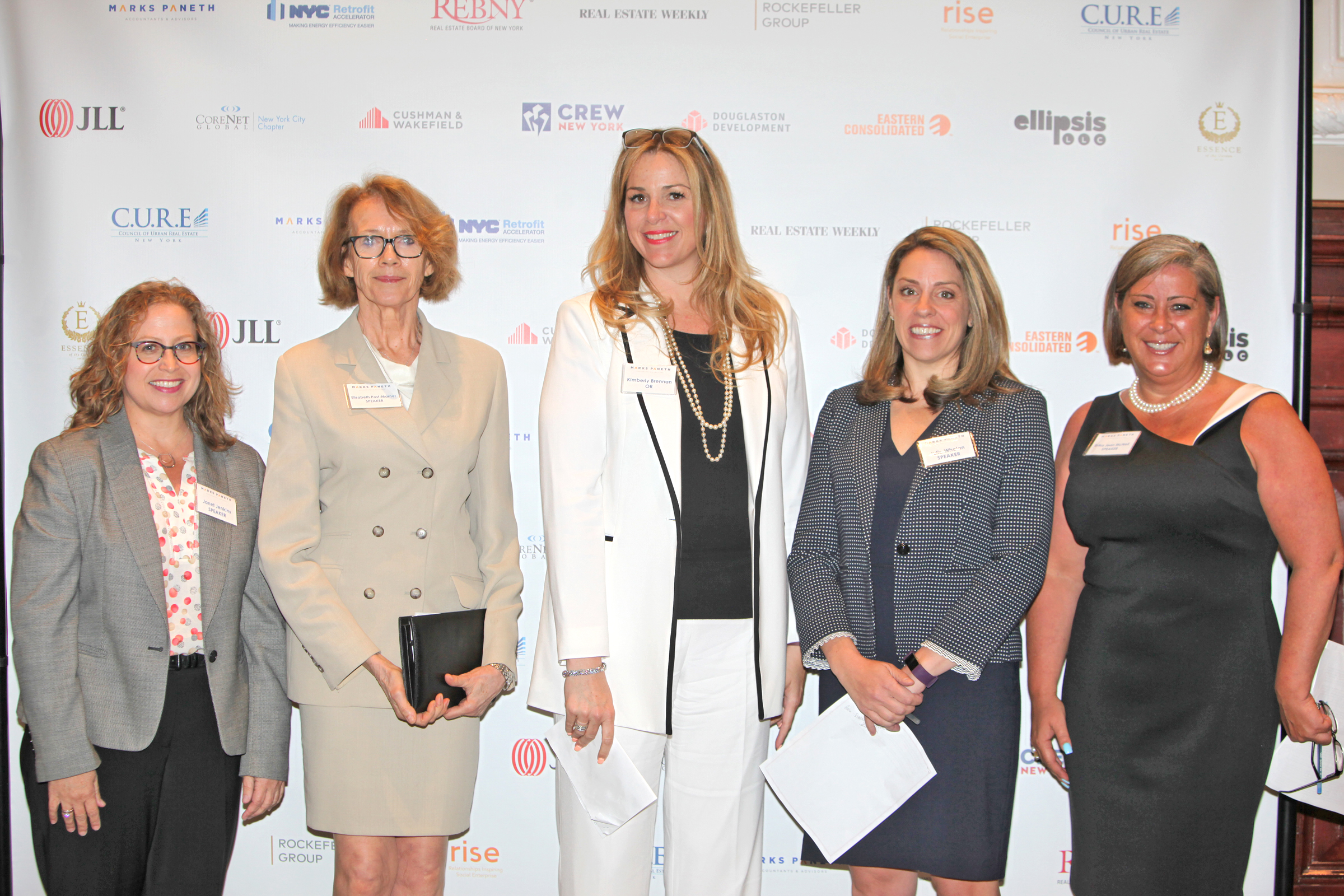 The nation’s biggest corporations are on the move, setting up offices and headquarters in major cities as well as second- and third-tier metro markets throughout the country.

With each flag they plant, these conglomerates change not only the way these regions function, but also what employees will come to expect from their workplaces for years to come.

“All of the major [corporations] are providing us all with an infrastructure to get things done in a way that we’ve never had before, but what it’s not doing is creating relationships,” Julie Whelan of CBRE said.

“What I think it’s causing people to want is this differentiated, unique, independent experience that they can’t get anywhere else.”

Whelan, who leads CBRE’s head of occupier research in the Americas, was one of four panelists who attempted to make sense of the topsy-turvy office market during Real Estate Weekly’s 7th-Annual Women’s Forum last week.

As companies such as Amazon and Google swallow up office space, they’re changing the idea of what a typical workspace looks like and how it functions.

“One of the things that I’m seeing in my work is the incorporation of the third space,” Post-Marner said. “It used to be the country store, the church or the library and it was a place you could go between work and home.”

One of Post-Marner’s recent projects, the Abrams Books headquarters, included library space and dozens of open-work environments. She said big corporations are now designing offices with similar spaces in mind, including amenities, gardens and parks, that allow people to further develop their personal relationships.

While employees appreciate the conveniences offered on-site by these office giants, it sometimes takes more to get them in the door. Beyond the mixed-use office environments, McNeil said many businesses are looking for “live, work, play environments” around offices to supply the younger workforce with a much-desired neighborhood feel.

For McNeil, there have been many case studies in recent years to help the industry understand the successes and failures of small towns as they deal with influxes of residents.

She noted that North Carolina’s Raleigh and Durham, along with Austin, Texas, were prepared for growth, expanded their transportation infrastructure and housing to appease their new employee bases.

In contrast, Seattle was less equipped to handle Amazon’s headquarters and now deals with a housing problem, McNeil said.

Whelan added that on top of infrastructure concerns, some established locals also are concerned with how the introduction of many new young residents might change how their neighborhood feels.

“A lot of times, it could be a disservice to them if they’re not ready for it, or if they don’t want to do it, or if it’s not where they want their culture to go.”

Whelan attributed the migrations to the younger workforce’s search for cheaper housing and better quality of life, adding that tech companies are following in their footsteps to accommodate the move.

But to retain a population, Jenkins added that it’s also important to create neighborhoods that cater to young professionals’ lifestyles.

“The reason a lot of people are moving further and further out is because they want to be in the kind of community with the lifestyle they like, which involves the ability to move around without a car,” Jenkins said.

“To bring it back to New York City, we work really hard on creating livable environments for people who don’t want to be in their cars all the time. There’s a reason we want to create better bus and bike networks.”

As the face of office real estate continues to change, Post-Marner said the evolution is due in part to the new generation.

“I think positive changes are in great thanks to millennials,” Post-Marner said. “They really are more committed to sharing and to providing a good environment in which to work and that talent pool is hence driving developers to provide the best types of buildings for them to work in.”