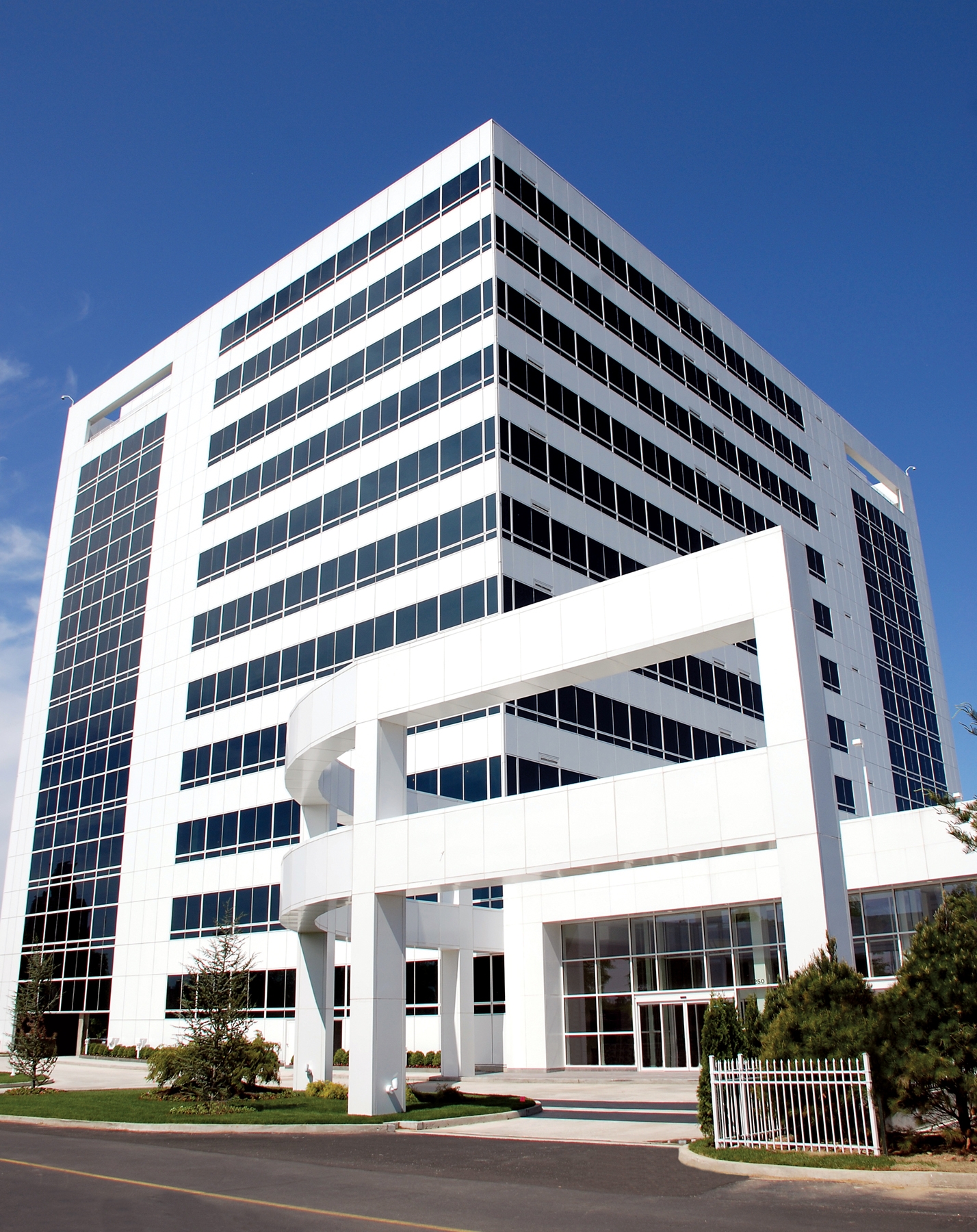 As the U.S. healthcare system is changing, developers and investors see a chance to earn big on medical buildings.

Across Greater New York, new types of medical office space are springing up. They offer many of the services hospitals do and allow single practitioners to share space. This is part of a larger trend in the industry, experts say.

“In our analysis, the development of medical office space is changing much in the way office space has changed,” said developer William Macklowe.

“In the office market, people have moved to open plan seating, which allows them to use space more effectively. We are seeing a similar dynamic in medical office space. Waiting rooms are getting smaller, larger practice groups are emerging and trying to consolidate.”

Simone Healthcare Development has a similar strategy and is currently converting a 360,000 s/f former bakery in the Bronx into medical offices, with attached retail space and a hotel. The company is also building a 93,000 s/f outpatient facility in Riverdale and is looking to convert a Long Island office building into medical space.

Last week, Cure Urgent Care announced it will open its first urgent care center in New York City, with plans to open five more over the next year and a half.

“Urgent care will be more in demand, medical offices and sub-specialty buildings will become more prevalent,” said Guy Leibler, president of Simone Healthcare Development. “It’s about keeping people out of the hospital.”

Perhaps the most-cited explanation for this shift from hospitals towards medical office buildings is technology. “Changes in technology have allowed so much more healthcare to be done on an outpatient basis,” said Todd Jensen, CIO of American Realty Capital’s two healthcare REITs. “If you had a knee replacement 25 years ago, you had to spend a week in the hospital. Now this can be done in an outpatient facility — a far less expensive environment to treat people.”

ARC Healthcare Trust, launched in 2011, has invested $2 billion across the U.S. Last fall, ARC launched Healthcare Trust II, which has raised $180 million so far and plans to raise another $1.75 billion by the end of the year, according to Jensen. He added that the REIT has signed a letter of intent to buy a $150 portfolio of medical buildings in upstate New York, Arizona and Indiana. Both REITs are public, non-traded and primarily target medical office buildings.

Apart from technological change, the boom in medical offices is also driven by the Affordable Care Act, experts say.

The law seeks to reduce healthcare costs, for example by limiting hospital visits and sourcing services out. This creates an incentive for new, more cost-effective medical office buildings. The Affordable Care Act will also give more people access to healthcare, driving up demand for medical facilities.

An aging population and the concurrent growth in certain diseases are a third factor driving the medical-office boom.

Todd Jensen said that his REIT is currently investing in mezzanine debt for a Manhattan Alzheimer facility — one of the types of treatment centers that should see growing demand.

Iridium’s president Marilyn Kane said the time is right to invest in medical buildings. “The population is increasingly diabetic. This is a problem that wasn’t as pressing in past decades,” she said.

Kane said her investment in the facility has been highly profitable, and the triple-net nature of the lease has kept her free of certain tax and insurance responsibilities.

For investors, medical buildings can offer precious stability. “It’s a needs-driven property type. Whether the economy is expanding or in recession, people continue to consume healthcare,” said ARC’s Todd Jensen.

“Healthcare tenants tend not to move very much, physicians often stay in same office for 30 years. Combined with all the demographic changes, this makes medical buildings very good investments,” he added.

But there is also a downside. “To do this type of development, it does dictate the need for additional expertise,” said Dan Fasulo, managing director of Real Capital Analytics. For example, floors need to be able to withstand a certain weight, and the power supply needs to be adjusted to medical needs. William Macklowe said he is converting 156 William Street with the help of Array Architects, who specialize in medical facilities.