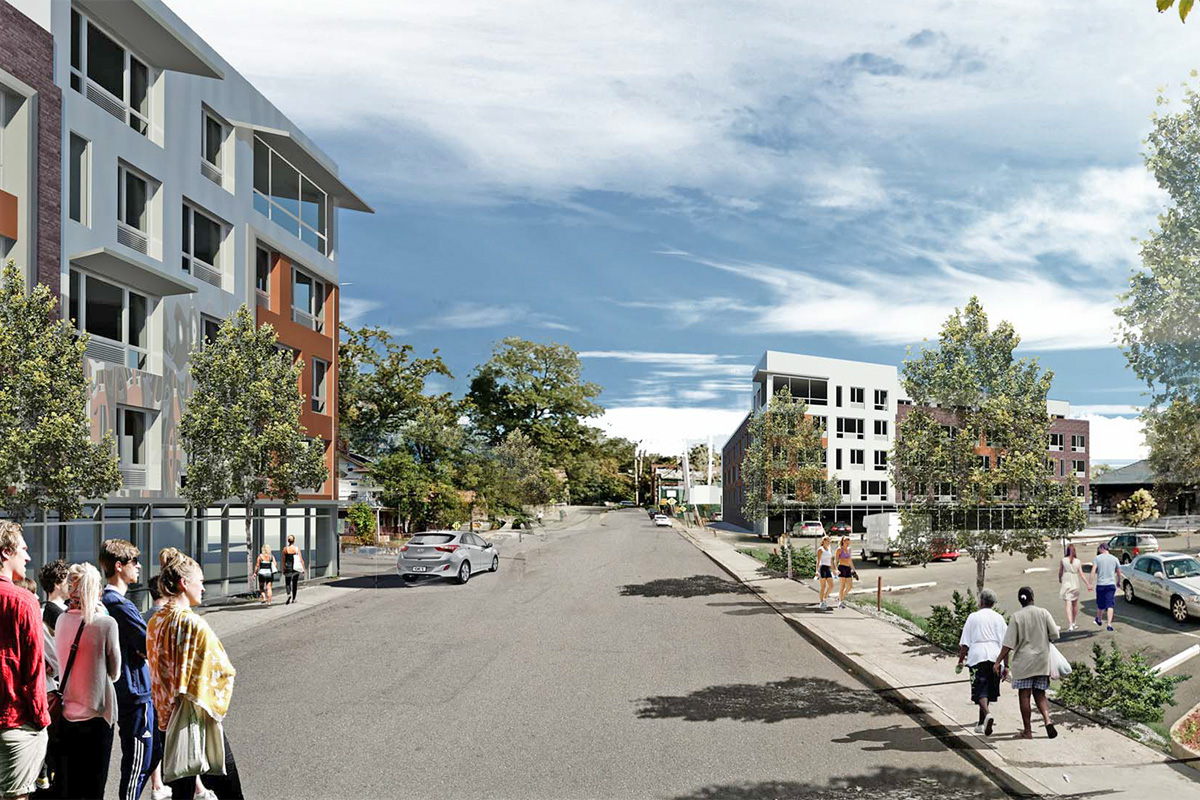 The firm, headed by Eric Jacobov, its founder and CEO, is proposing a three-year plan to create approximately one million square feet of as-of-right (AOR) development consisting of residential, multi-family housing, retail, office and new park space. The development will also include a commuter parking garage and an upgraded Spring Valley train station.

The proposed TOD would likely be the largest urban redevelopment project in Rockland County, according to Jacobov, who grew up in neighboring Monsey and maintains Concord Capital’s offices at 75 Main Street in downtown Spring Valley.

“I promise to do everything in my power to work with the Urban Renewal Board and the Governor’s office to make sure this project goes through,” the Mayor added. “The citizens of Rockland County, our village and the state deserve nothing less”

Over the last seven years, Jacobov’s company purchased parcels of land and buildings surrounding the Spring Valley train station with an eye towards assembling them into a future urban development package. All properties sit in an urban renewal zone which allows densities higher than other sites throughout Rockland County.

“Downtown Spring Valley is very much like neighborhoods in New York City, such as Fort Greene in downtown Brooklyn, which have undergone transformation and gentrification,” said Jacobov. “It will be a great accomplishment for this community to have a vibrant downtown where people can live, shop and be able to take a train and commute with ease,” added Jacobov, who hopes that Rockland County’s fast growing population will prompt the Metropolitan Transit Authority, MTA, to establish a direct train line from Spring Valley to Penn Station that would complete the trip in 50-minutes to one hour.

Site 5: MTA Lot with a two-story parking garage with a residential structure above it totaling 420,000 s/f surrounded by Franklin Street, Municipal Plaza and the train station.

The developer will work with the Village of Spring Valley and the MTA to build a multi-level parking garage to increase the number of spaces to give residents and commuters access to surplus parking for their daily train and bus commute.

The plan would significantly increase the size of the parking lot at the MTA-owned railroad station to 1,000 new parking spaces adding to the 236 already there. There are currently another 140 spots that would be added to a nearby church lot. Plans for added housing above the garage is part of the proposal.

In addition to the Pascack Valley line railroad, the Spring Valley station houses a local bus station that services transportation between Rockland County towns and villages. Another bus station, located at Park and Ride on Route 59, goes to the Port Authority in Manhattan.

The AOR site Concord Capital New York has assembled allows for twice the floor area ratio (FAR) and construction of buildings no higher than 65 feet or six stories.

Jacobov hopes to attract a supermarket, other retailers, restaurants and professional spaces where residents can live and shop for daily needs.

“I believe the village and Rockland residents will support the plan since it is going to revitalize a dormant train station in the heart of the county, boost neighborhood businesses and bring housing and shopping to an area that will improve the quality of people’s lives on a large scale,” added Jacobov.

The plan calls for as many as 800 units, mostly rentals, but could also include some market-priced condominiums. The developer recently unveiled the plan to the Village’s Urban Renewal Board, (URB) which was reestablished this year to spur development in the village.

Jacobov is hopeful he will get all the necessary approvals by the end of 2017.