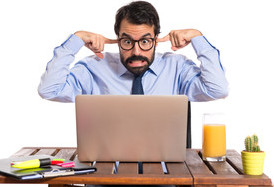 Brooklyn is the noisiest borough, but Queens has the worst 3 streets

Though most New Yorkers are apt to think that they live in one of the city’s noisiest areas, if they live in Brooklyn, they are probably right.

Noise complaints made to 311 compiled for a study by PropertyClub over a period from January, 2019 through February, 2020, have showed that Brooklyn is officially the city’s noisiest borough, and also that Staten Island is the quietest borough.

In Brooklyn, residents denied their fair share of shut-eye filed a total of 73,744 noise complaints, a significantly higher number made in any of the other boroughs. Most of the complaints (47,286) were related to loud music or parties, while banging and pounding noises were the cause of 19,779 complaints.

The second-noisiest borough is the Bronx, with a total of 63,998 complaints. Here, loud music or partying was also the top cause, racking up 39,679 complaints.

Manhattan was relatively quieter with 56,741 noise complaints filed in the borough, 32,699 of them for loud music or parties.

Queens was home to 55,032 complaints, again mostly for loud music and parties.

In Staten Island, there were just 8,040 complaints recorded with 5,111 of them for loud music and parties.

Meanwhile, there are three streets in Queens that stood out for having the highest number of noise complaints in the entire city. The worst offender is Eighth Street in Astoria. The primarily residential neighborhood, bordering the massive Astoria Houses community, amassed 2,638 complaints on its own. The bulk of these complaints (1,824) were for loud music and parties, followed by 636 complaints for banging or pounding noises. There were even 64 complaints just over a neighbor’s loud TV.

Another noisy place to live is Madison Street where neighbors made 2,271 noise complaints. Almost all were over loud music or partying.

The third-noisiest street is Ninth Street, where there were 2,186 complaints.
The Bronx’s Grand Concourse is also a frustrating place for neighbors, if the 2,119 noise complaints are any indication, making it the fourth noisiest street.