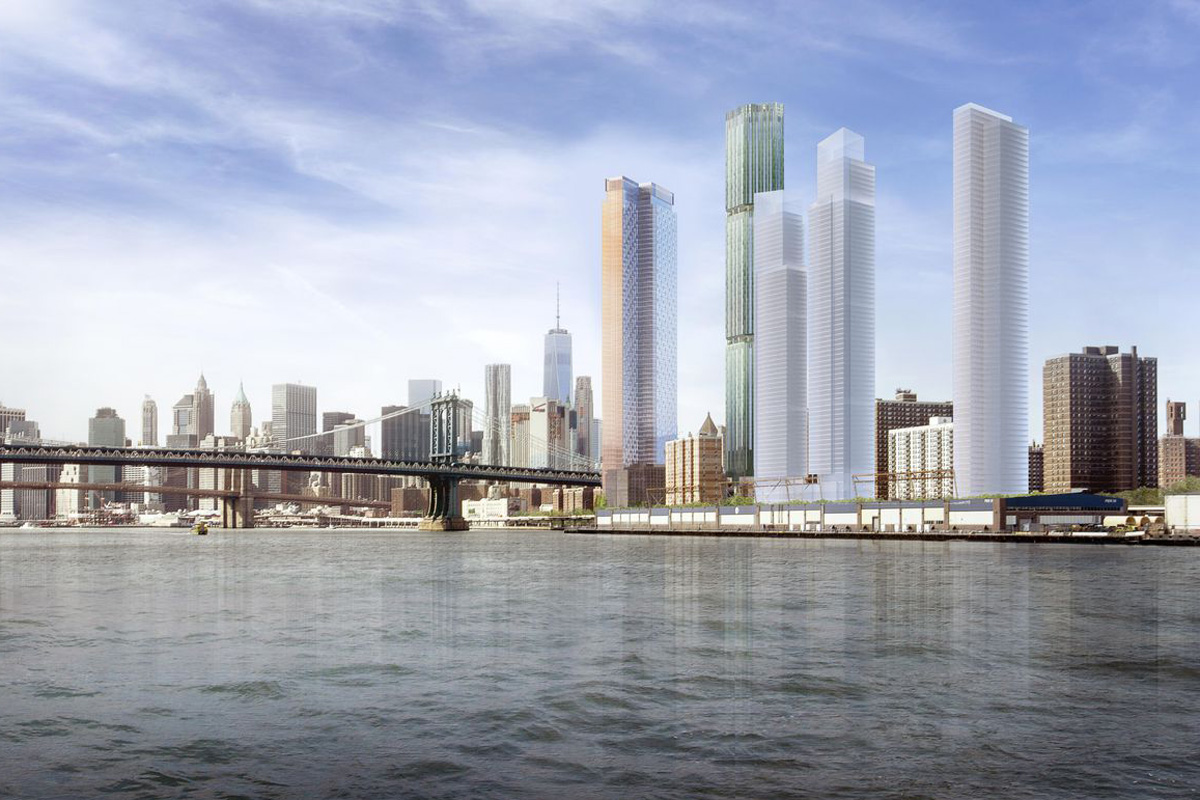 Two Manhattan politicians are looking to block the construction of several waterfront skyscrapers in the borough’s Two Bridges neighborhood.

The motion comes after months of complaints by disgruntled neighborhood residents about proposed developments such as the 1,000-foot apartment building at 247 Cherry Street being built by JDS Development Group, the pair of towers L+M Development and CIM Group plan to construct at 260 South Street and Starrett Corporation’s 62-story structure at 259 Clinton Street.

There’s also Extell Development Company’s 800-foot One Manhattan Square building, which is under construction next to the Manhattan Bridge.

“After helping build up this community, Two Bridges residents deserve the right to take back control and shape the future of their neighborhood,” Chin said in press release. “Since we first heard about these proposed mega-developments, Borough President Brewer and I have made our demands clear: we need a real, transparent public review process.”

Chin and Brewer maintain that the buildings go beyond the scope of what should be allowed by the Two Bridges Large Scale Residential Permit. However, the Department of City Planning found that the buildings only constituted “minor modifications” to the neighborhood’s 1972 zoning standard and therefore allowed them to pass without an extensive review period known as the Uniform Land Use Review Procedure, or ULURP.

In response, the two officials have proposed a permitting change that would prevent high-rises from being built in Two Bridges without going through the city’s formal ULURP process, effectively eliminating the “minor modifications” exception.

“Council Member Chin and I have been down this road before: when we see loopholes in the law that hurt our communities, we act to close them,” Brewer said in an issued statement. “I have great respect for the professionals at the Department of City Planning, but when you look at the Two Bridges community and the way these massive towers would loom over it, you can’t help but understand that ‘minor modification’ has lost its meaning and we need clearer rules.”