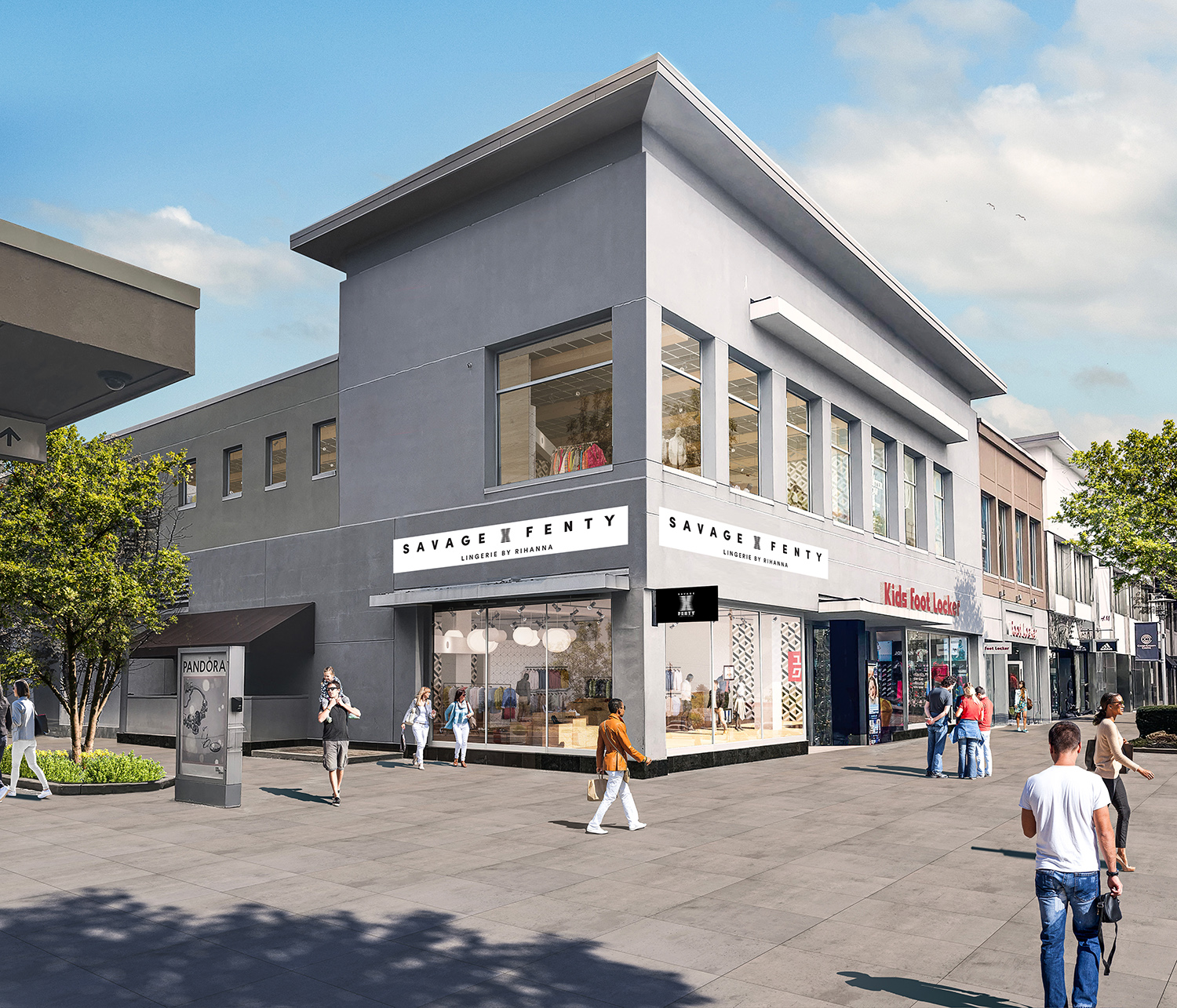 Marx Realty, a New York-based owner, developer and manager of office, retail and multifamily property across the United States, announced that Rihanna will be bringing her Savage X Fenty product line to 3,275 square feet of space at Cross County Center in Yonkers, NY.

“The Savage X Fenty brand has disrupted the lingerie sector and we are excited that Cross County Center has been selected for the company’s flagship location in New York,” said Craig Deitelzweig. “The brand adds a fresh pop-culture vibe to the center, which is already brimming with well-known brands and boasts a lifestyle experience like none other. We remain committed to creating and providing an unforgettable experience at Cross County from dining and entertainment to an exciting retail offering and Savage X Fenty will be an amazing addition.”

Savage X Fenty signed a long-term lease at one of the most prominent corners at Cross County Center, previously occupied by New York & Company. Savage X Fenty was represented in-house on the deal. The asking rent was $225 per square foot.

“This is one of a small handful of brick-and-mortar locations for Savage X Fenty and the fact that the team chose Cross County Center speaks volumes about the Center’s strong appeal for well-known, celebrated brands,” continued Deitlelzweig.

Jointly owned by Marx Realty and Benenson Capital Partners, the 1.15 million-square-foot Cross County Center was the first open-air center in the United States when it opened in 1954. Marx Realty took over management of the center in 2019 and successfully navigated one of the most challenging real estate cycles in recent history, bringing Target to 130,000 square feet of space and signing SUNY Westchester to a 40,000-square-foot lease. This year, Marx Realty brought over 104,000 square feet of leases to Cross County Center. Forever 21 also signed a 29,720-square-foot lease renewal while A│X Armani Exchange signed a seven-year renewal for their 5,025-square-foot space in the center and Zara renewed and expanded to 29,500 square feet. H&M also signed a 10-year lease renewal to occupy 28,000 square feet where the retailer has incorporated its urban SOHO concept and is investing $5 million in the location.

The outdoor lifestyle center is located at the intersection of Cross County Parkway and I-82, attracting over 14 million visitors annually from the tri-state region. Cross County Center has attracted many of the top names in retail and dining including the first Shake Shack and only Zara location in Westchester County.

“We strive to bring a one-of-a-kind experience to the region via our efforts to give tenants and visitors a diverse mix of retail, dining and entertainment options,” said Jim Stifel, chief investment officer of Benenson Capital. “As we look ahead to the next evolution of the Cross County Center experience, it continues to dominate as one of the nation’s premiere mixed-use centers, attracting a wide variety of best-in-class retail, restaurant and office users and we’re thrilled to welcome Savage X Fenty to the mix.”