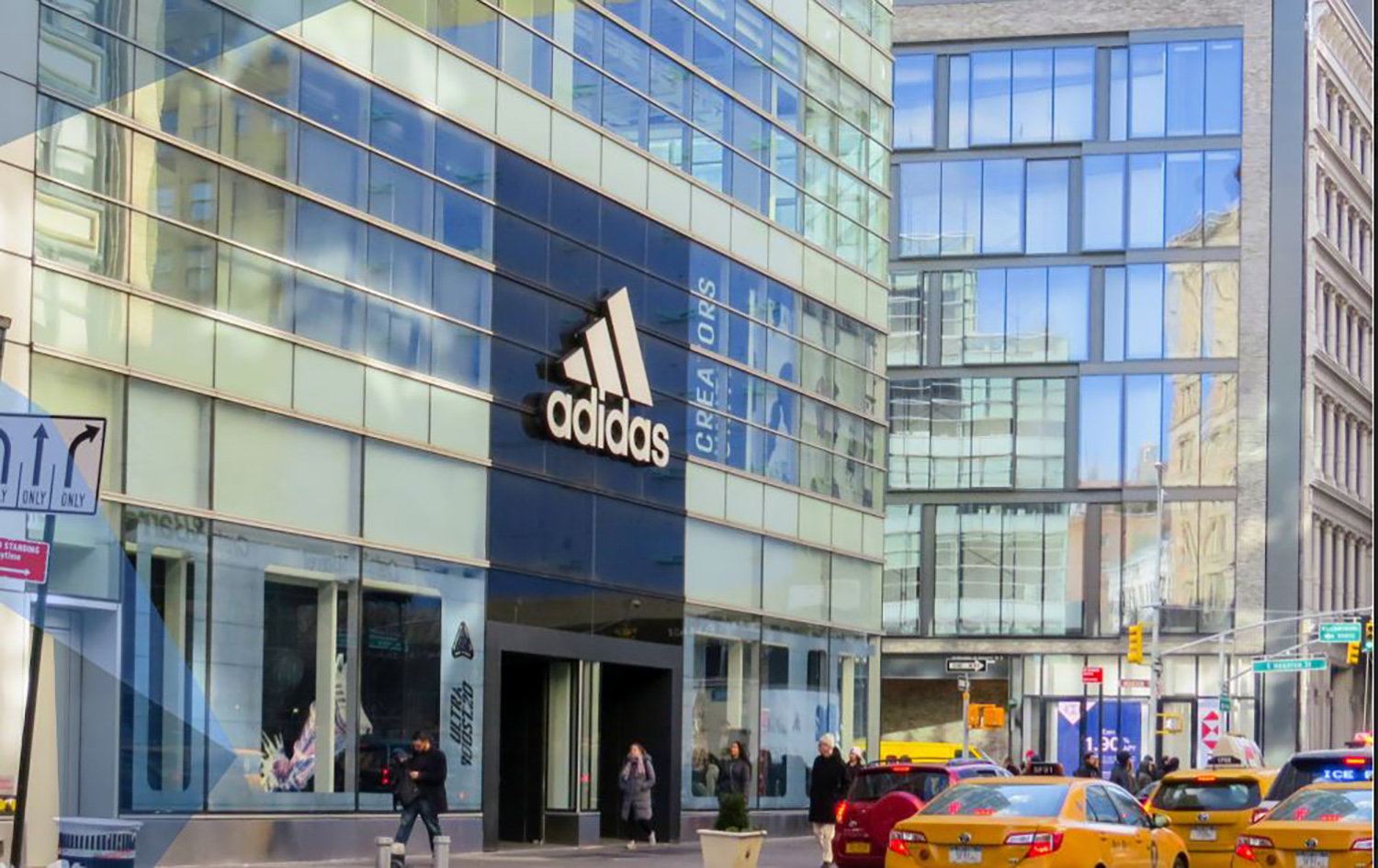 JLL announced that Adidas has signed a 10-year renewal for its downtown flagship store at 610 Broadway in one of the largest retail transactions to close in the Soho market this year.

The multinational sportswear brand occupies a three-level, 30,639-square-foot space in the building, which is owned by funds associated with LaSalle Investment Management (“LaSalle”). JLL represented the landlord in the transaction. Adidas was represented in-house.

Mike Winter, Managing Director of Asset Management at LaSalle, said, “Adidas’ commitment to maintaining high quality stores in key shopping corridors is a demonstration of the sustained strength of the New York City market in general and Soho in particular, and we are delighted to complete this long-term renewal with a leading global brand.”

Situated on the northeast corner of Houston Street, 610 Broadway is a six-story Class A office building built in 2004 with Adidas as its retail anchor. The modern property occupies a prime corner of one of the city’s most dynamic neighborhoods, where retail performance has remained positive despite economic headwinds throughout 2022.

JLL originally began negotiating the renewal with Adidas in 2019, however, the talks were sidelined when COVID forced both parties to focus on a shorter-term solution in 2020 and 2021.

“We are honored to have assisted LaSalle in its recent lease renewal with Adidas at 610 Broadway. Both parties worked through the challenges, and in the spirit of partnership, achieved a great outcome for the brand, the building and the neighborhood,” said JLL retail vice chairman Patrick A. Smith, who leads the 610 Broadway leasing team that includes managing director Erin Grace and executive vice presidents Matthew Ogle and Corey Zolcinski.

“This renewal is further evidence that Soho is where the world’s best brands need to be. Adidas originally planted its flag at 610 Broadway in 2004 and its downtown flagship store is considered by many as the “North Anchor” of Soho’s Broadway corridor, Soho’s most important retail corridor.”

Cushioned by a high-income resident population, Soho stores pushed through pandemic shutdowns and regained their footing quickly as tourism and office workers returned, recording the city’s highest leasing velocity in 2021.

In its Q3 2022 Manhattan Retail report, JLL noted that the neighborhood’s year-over-year availability rate dropped nearly 10% as apparel and accessories brands in particular flocked to the area. Among the big-name arrivals were British jewelry brand Vashi, luxury French atelier Cartier and high-end luggage retailer Tumi. With subleases now making up only 3% of all SoHo retail availabilities, the market continues to strengthen, according to JLL.