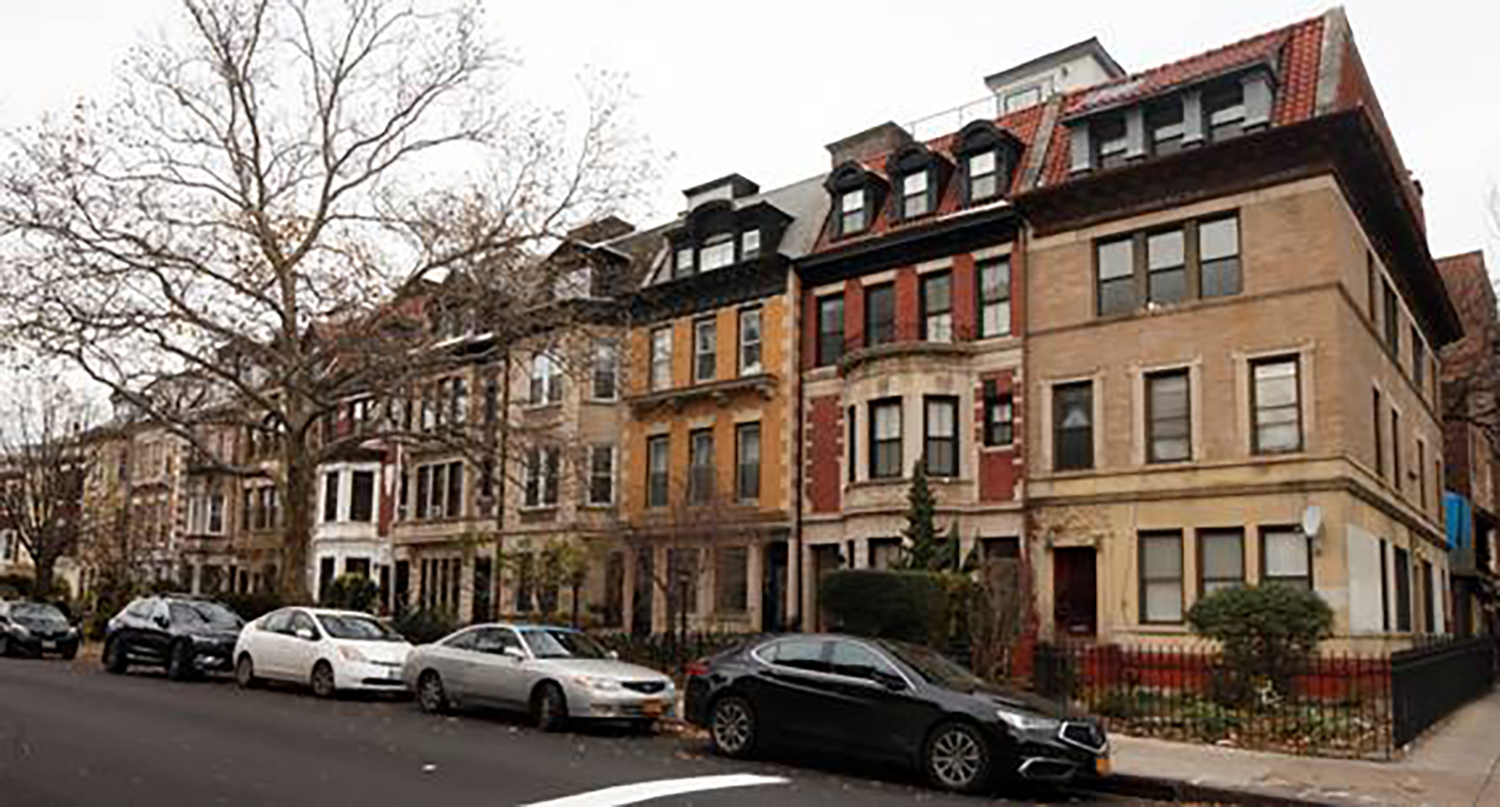 Today, the New York City Landmarks Preservation Commission (LPC) designated the Melrose Parkside Historic District in the Flatbush neighborhood of Brooklyn. The distinctive appearance and sense of place of the historic district derives from its two architects’ use of the then popular Neoclassical vocabulary in their designs to harmonize three different types of residences.

“The city’s 155th historic district is a truly stand-out block in the Flatbush neighborhood of Brooklyn,” said Landmarks Preservation Commission Chair Sarah Carroll. “The Melrose Parkside Historic District is a distinctive collection of early-20th-century row houses and duplexes designed in the Neoclassical style by two well-regarded Brooklyn architects. These incredibly well-preserved rows create a strong sense of place, which continues to reflect the history and diversity of Flatbush.”

“Congratulations to the residents of Parkside Avenue for the designation of Melrose Parkside as a Historic District,” said Council Member Rita Joseph. “I love our neighborhood for so many reasons, but the distinct architecture of it is one that often does not get enough attention, and this designation will ensure that future generations are able to appreciate the beauty of Flatbush. I thank the City Landmarks Preservation Commission for their expertise and leadership in this process.”

“It gladdens me to see this iconic block-already long recognized by residents and visitors– finally recognized and designated by the LPC. The charming architecture and friendly neighborhood vibe make this little corner of our great and sprawling borough a place that people remember” said Assembly Member Brian A. Cunningham.

The Melrose Parkside Historic District is a remarkably cohesive and intact group of 38 single- and two-family row houses located on Parkside Avenue between Flatbush and Bedford avenues.

Built between 1909 and 1915, the houses were designed by two of Brooklyn’s most prolific architects, Benjamin Driesler and Axel S. Hedman, for developers William A. A. Brown and Eli H. Bishop & Son.

Of the 38 houses within the district, 20 were constructed as two-family duplexes, sometimes referred to as “Kinko houses,” a distinctive residential building type that originated in Brooklyn. The other 18 houses were constructed as single-family row houses. Driesler composed six distinct designs with each house featuring twin entrances at the first story, facades with or without bowed or angled bays, and mansard roofs punctuated by dormers in a variety of configurations. He also designed a row of eight single-family houses with deep, open areaways, full-width terraces, shorter stoops, and an eclectic combination of classically-inspired design elements with Jacobean-style stepped gables. Hedman designed 10 single-family residences on the north side of Parkside Avenue in the Neoclassical style with alternating flat, angled, or bowed fronts with prominent central entrances. All 38 houses remain well-preserved.

Residents of the row houses and duplexes on Parkside Avenue through 1950 were white and predominately born in the United States. By the mid-20th century, Flatbush saw a large increase in African American and Afro-Caribbean residents, as Black families moved into the area from other neighborhoods in New York City and by the 1980s was a major destination for immigrants from Caribbean countries. Today, this vibrant block of Parkside Avenue continues to reflect the diversity of greater Flatbush. With its distinctive variety of well-preserved row houses and duplexes, united by classically-inspired design elements and uniformly deep front yards, the proposed Melrose Parkside Historic District has a strong sense of place that distinguishes it within the larger Flatbush area.