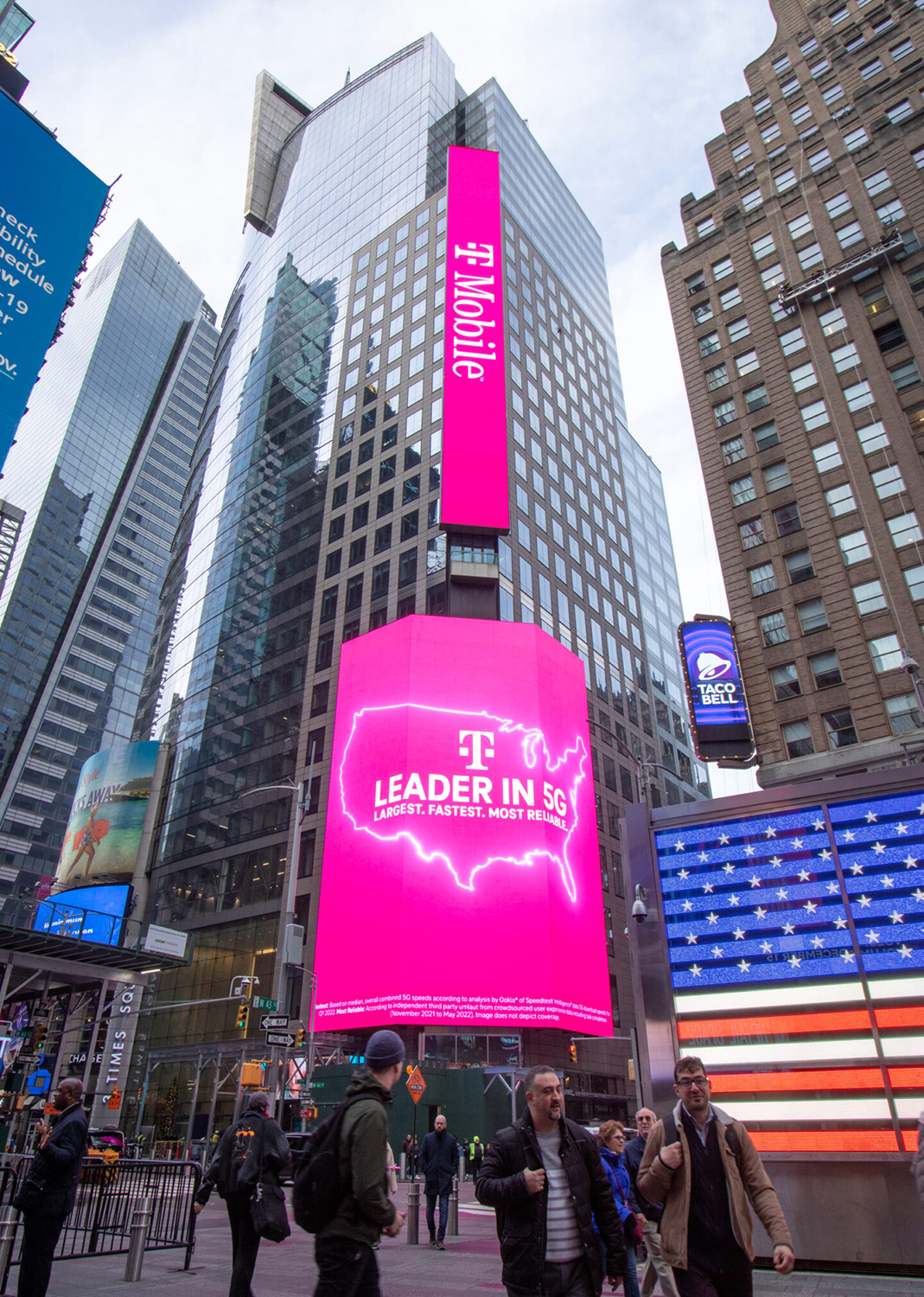 Branded Cities celebrates the launch of “The Midtown Financial” digital spectacular in Manhattan.

Branded Cities, North America’s premier and iconic Out-of-Home media company, today announced the launch of their new $9 million dollar digital spectacular located at 3 Times Square. Previously known as the Thomson Reuters digital display, the former 6-screen spectacular has been renamed as “The Midtown Financial,” or “MiFi” for short, and has consolidated its digital presence into a massive 2-screen large-format design.

Midtown Manhattan, which contains the Times Square subdistrict, is the largest central business district in the world and is a key economic driver for New York City as a whole. The area is home to the headquarters of major national and international businesses, as well as the Nasdaq Stock Exchange.

At over 10,500 total square feet, the full-motion digital display also marks a significant 40% increase in size over its predecessor and will provide brands with a state-of-the-art canvas for their campaigns. With its towering spire, the Midtown Financial ascends nearly 300 feet off grade, making it one of the largest and highest reaching displays in all North America. When paired with Branded Cities’ digital spectacular at Nasdaq, the new TS2 (Nasdaq and Midtown Financial) delivers over 20,500 square feet of digital signage, allowing a true domination of Times Square’s southern bow tie.

“Our media offering in Midtown Manhattan has grown significantly over the past few years and we are pleased to be partnering with Rudin Management on the re-development of this iconic digital spectacular” said Steve Ellman, Chairman & Chief Executive Officer of Branded Cities. “Now complete, brands have the ability to access over 40,000 square feet of spectacular digital and static signage through Branded Cities’ portfolio in the New York market.”

“This massive digital display will serve as a vibrant addition to the neighborhood and a perfect complement to the repositioning effort we are undertaking at 3 Times Square,” said Michael Rudin, Executive Vice President at Rudin.  “We are proud to collaborate with Branded Cities in creating a new visual icon that reflects and amplifies Times Square’s enduring energy, vitality and vibrancy.”

Branded Cities, which is owned by EL Media and Shamrock Capital, is a leading Out-of-Home media company with an integrated network of premier digital and static signage across North America. The digital and static media assets span across some of the largest markets in the United States and Canada (New York, Los Angeles, Chicago, Philadelphia, Toronto, Vancouver, Montreal and many more) and are situated in the country’s most valuable Out-of-Home environments such as Times Square, the Las Vegas Strip, West Hollywood, Union Station, Yonge – Dundas Square and Canada’s leading shopping centers. Branded Cities empowers brands to deliver impactful and engaging messages to North America’s most desirable, hard-to-reach audiences. EL Media is an affiliate of The Ellman Companies (“Ellman”).  Ellman is a privately-owned media, real estate and investments group founded in 1972 with diverse interests in the U.S., Canada and the Caribbean.