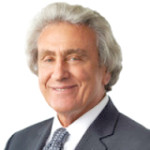 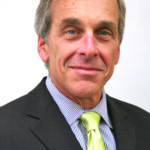 • Gammon and Associates, a corporate branding firm, signed a seven-year lease for 3,885 s/f of space on the fourth floor at 152 Madison Ave. The company, a former tenant in the building over a decade ago, had been occupying a commercial condo and, after selling that space, wanted to return to this building. Murray Hill Properties represented Gammon and Associates while ABS represented building owners Heskel’s Paramount LLC, part of Heskel’s Asset Management family of properties.
• Apple Ophthalmology, a vision services provider, signed a 12-year lease on the second floor for 4,700 s/f of space at 8 W. 38th St. The ABS team, who represented building owners Fraglow Realty Inc. Apple was represented by represented by J.F.W. Realty Corp.
• Also at 8 W. 38th St., the ABS team signed residential real estate firm Lofty LLC, which will be moving uptown from its current Flatiron location, to a five-year, 3,500 s/f lease on the second floor. ABS represented building owners Fraglow Realty, Inc. while Lofty LLC represented themselves.
• Human Resources International is consolidating its 7th and 9th floor space at 9 East 37th St. and will soon occupy the entire 8th floor (5,132 s/f) with a 10-year lease. ABS Partners represented the tenant and the owner, 9 East 37th Street Associates LLC, in this deal. 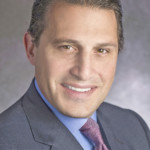 Stellar Management, in partnership with Imperium Capital, announced that the International WELL Building Institute (IWBI) has signed a 9,000 s/f lease at 220 Fifth Avenue. IWBI is relocating from its current space at the nearby 381 Park Avenue South. IWBI will be moving to the building’s 8th floor. Brian Waterman, Andrew Peretz, David Malawer, and Brent Ozarowski of NKF represented Stellar Management, while Michael Baraldi and Laura Pomerantz of Cushman & Wakefield represented the tenant. 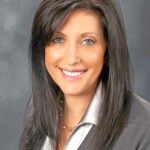 Cushman & Wakefield announced two retail leases at 231-237 Franklin Ave. in Nutley. David Townes orchestrated both leases on behalf of the landlord, a private ownership entity:
• Good Vibes Yoga & Kombucha Bar committed to 2,200 s/f. It will combine a healthy social environment with the individual practice.
• Mathnasium, a math-only learning center with more than 800 locations around the world, committed to 21,200 s/f.

Comcast has leased 4,000s/f and will open an Xfinity retail store at St. Georges Crossing in Woodbridge. The announcement was made by Levin Management Corporation (LMC), exclusive leasing and managing agent for the 343,000 s/f center, which sits at the intersection of heavily traveled Route 1 & 9 and Route 35. LMC Leasing Representative E.J. Moawad arranged the lease for the new prototype store for the cable, entertainment and communications giant. Jay Miller of CBRE represented the tenant in the transaction. 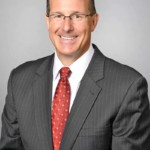 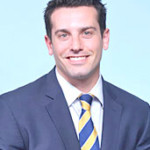 Denholtz Associates announced that Popcorn for the People has signed a lease for 3,958 s/f of flex space at 140 Ethel Road West in Piscataway. Established in 2015, Popcorn for the People is a social enterprise created by the non-profit Let’s Work for Good which focuses on creating employment for adults with autism and developmental disabilities. Popcorn for the People offers the opportunity to combine their unique worldview and passion with one of America’s top snack foods to create unique and fun popcorn flavors for sale at street fairs, neighborhood events and other venues throughout New Jersey. The non-profit will utilize their new space as a warehousing and distribution facility to fill orders for their popcorn. Christina Jordan, Director of Leasing at Denholtz Associates announced that Jaime Zimmel of Zimmel Associates represented Denholtz Associates and the tenant in the transaction.