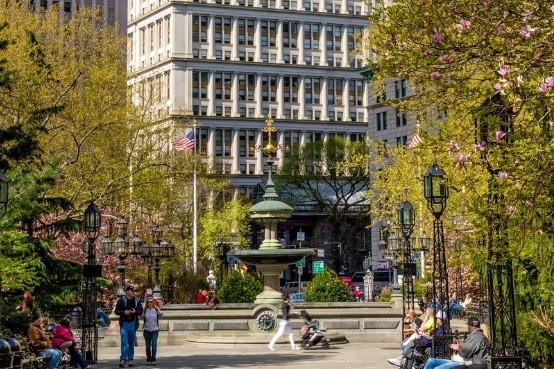 Getty updates its image with move to 195 Broadway

Getty will occupy the entire 42,000 s/f 10th floor of the Class A landmarked office building as a sublease with Sizmek.

Getty Images currently occupies the entire 5th floor at 75 Varick measuring roughly 78,000 s/f. NKF worked simultaneously with the Getty team to negotiate a sublease at 75 Varick while also working on a relocation to 195 Broadway.

“The challenges we faced were finding the perfect space that fits Getty’s needs and would be available for possession in a timely fashion,” said Patrick O’Shaughnessy, Vice President, Treasury, Investor Relations and Facilities at Getty Images.

“We were focused on highlighting Getty’s revitalized brand and were persistent in finding a space that matched the needs of their growing aesthetic, functionality and overall business goals. 195 Broadway checked all the boxes and offered them a fresh start.”

Getty’s space at 195 Broadway is newly renovated and fully furnished, with an original floor built by Rocket Fuel. Located in the heart of the financial district, 195 Broadway neighbors iconic buildings like City Hall and the World Trade Center, which also boasts fine dining and luxury shopping at Brookfield Place.