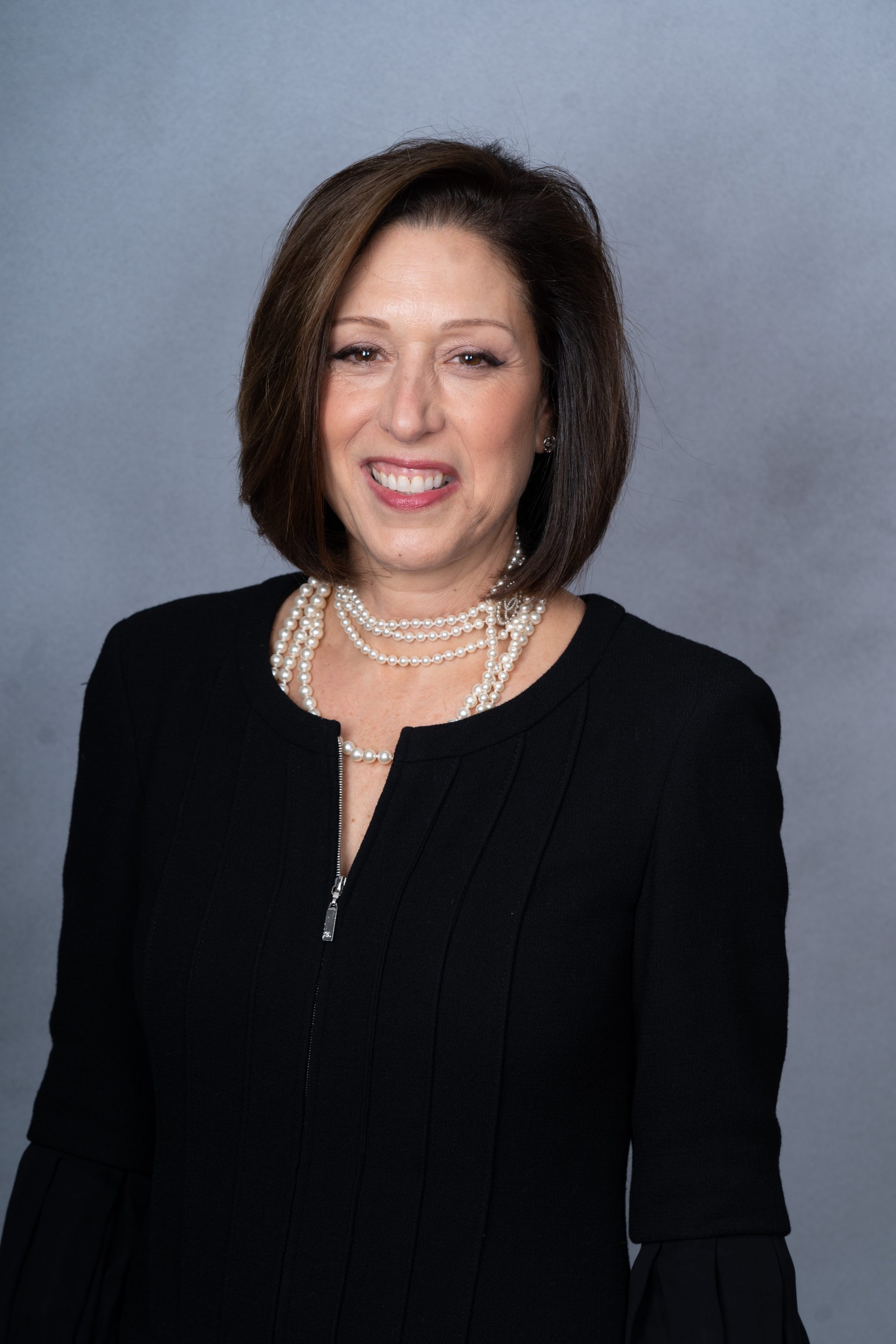 Politicians are returning real estate money like it came from a cartel and the state has brought back regulations not seen since the second World War.

But as the industry nurses its black eye, insiders like Suri Kasirer believe it must also work at rebuilding its reputation.

“New York’s real estate industry is a major employer and a hugely philanthropic body,” said Kasirer. “They care about New York very deeply and have a history of engagement in the city and helping it through difficult times They are doing great things in this city and that’s the story they need to tell.”

For her narrative, Kasirer points to projects such as the Cornell Tech campus on Roosevelt Island, which has bred over 50 start-up companies and 240 jobs since it opened in 2017, and the Midtown East rezoning that has already brought one gleaming new skyscraper and $220 million in transit improvements in and around Grand Central Terminal.

“Post Amazon, there is an important need to tell the story of attracting businesses to New York,” she said. “The real estate industry is playing an important role in building better and larger spaces for new companies to not just come to New York City, but to stay here.”

Kasirer has been telling the industry’s side of the story for the past two decades since founding her eponymous consulting firm in a studio apartment on the Upper West Side. She has grown to become one of the most successful lobbyists in the city with a specialist team that navigates the inner workings of New York in several different languages. She’s been a strategist and problem solver for the biggest names in real estate and a consensus builder across industries, causes and levels of government.
With an everyman manner born from her middle-class upbringing in Queens and a suffrage stirred by her family’s Holocaust history, Kasirer was an influencer long before it became a thing, travelling to Russia while a student at Yeshiva University to help liberate Jews trapped behind the Iron Curtain.

When she was asked to lead a similar grassroots effort to help 4,000 Syrian Jews, she jumped at the chance. Kasirer’s grandparents were Syrian and her mother, Gloria, a first generation American. Her late father Moses was Romanian and survived Auschwitz and Bergen-Belson before being brought to the US as an orphan by Eleanor Roosevelt’s Committee for the Care of European Children.

Her success at liberating those Syrians who wanted to leave left Kasirer with a taste for a good fight. “So I decided to give up teaching as a career and try to learn how to be a true advocate for others. I realized you couldn’t get a Ph.D. or a Masters in it, that it was really a matter of being in government, understanding how government functions and the political overlay of how to make change and use the opportunities of politics to influence government to make change. So, I went to work for the Clinton campaign.”

She helped Hillary Clinton win her Senate seat before landing at the office of Governor Mario Cuomo as special assistant in 1992. Two years later when he lost the election, she found herself “trying to figure out what lobbying was.”

At the time, she was dating now-husband Bruce Teitelbaum and planning a wedding “so I decided I would just take on projects to help pay for the wedding. I took on a lot of projects and, before I really realized it, I had a business.”

When he was tapped to lead the Lower Manhattan Alliance, Carl Weisbrod brought Kasirer in to lay the very early groundwork for turning the Financial District into the 24-7 community it is today. Her remit was to generate buzz about development opportunities in the neighborhood. But Kasirer said she recalled creating an “international incident” when, after managing to get chess grandmaster Garry Kasparov to play at the Borough of Manhattan Community College, she persuaded then Mayor Rudy Giuliani to ask him to play the world championships in New York City.
“There was a hush when Kasparov said yes, he loved New York and would be thrilled to play the championship here. We didn’t know it was supposed to be played in Berlin. I had to ask the mayor to help make it happen and he spoke to the governor and the WTC owners at the time and, ultimately the 1995 the World Championship was staged on the Observation Deck on the 107th floor.”

It wasn’t until the mid-2000s that Kasirer really got her real estate licks though, when she was hired to help the Museum of Art and Design create a new home at 2 Columbus Circle, a 12-story modernist structure also known as the Lollipop Building. Donald Trump had won a bid to buy the property from the city under Mayor Giuliani but, by the time Michael Bloomberg took office, the decision was reversed and the keys handed to MAD.
The way Kasirer tells it, the deal was one of serendipity and guile as she applied her now not insignificant lobbying skills to the task of landing the museum a new home in the face of protesting preservationists who stirred up a storm to landmark the building. “I met [former deputy mayor for economic development] Dan Doctoroff at my friend’s son’s bar mitzvah. We were sitting at the same table and so I spoke to him about the museum and what a great opportunity it would be.
“He said he’d look into it and the city ultimately decided to re-bid. We won the bid and took it through a difficult land use process. Seeing the building that is there today is rewarding. It is so beautiful and really brings life to Columbus Circle.”

She said it was Marc Holliday’s “visionary plan” to reinvent Midtown East for the 21st Century that led her to sign SL Green to her client roster for what would be another long an acrimonious campaign to re-zone 78 blocks of aging building stock to make way for some six million square feet of new office space that will allow the area to compete with newer, shinier business districts like Hudson Yards and the Financial District.
“Even with an as-of-right project, you have to engage and tell your story and why what you are doing is good for the community and good for New York City. If all you are trying to do is build something without a conscience or care about creating something everyone can be proud of, it’s not something I personally feel is going to be successful.

“When people come to me and say they have a great idea, my first question is ‘How flexible are you?’ Will your project bring community benefits? Will you provide landscaping or open space and have you looked at transit improvements? One Vanderbilt brought $220 million worth of transit improvements to an area that desperately needed it.”

Moving forward, Kasirer said developers have to acknowledge that the goal posts have shifted. “Long-standing zoning text interpretations by the Department of Buildings that have been relied on for decades are being challenged, particularly as they related to as-of-right developments.

“Developers are building great projects that are going to add a lot to the neighborhoods they are in. But people are now looking to the Department of Buildings to change their interpretations of what the zoning has been for years and that is creating a frightening situation where developers don’t know what to expect, so banks and investors are being asked to make a determination based on a historic interpretation that can suddenly change.
Kasirer said fear of gentrification pushing already struggling New Yorkers out of their homes is what’s at the root of the problem.

“Fear of gentrification is more powerful than the desire people have to create affordable housing. Even when you bring an amazing project into a neighborhood where there is very little affordable housing and low AMI (Area Median Income) and 40 percent of your building is going to be affordable, it’s the other 60 percent of market rate apartments that people are afraid of, because they are worried that their rents are going to go up.
“That’s what happened with Amazon. It was ultimately the people who were living in Long Island City who said, ‘I’m already paying over half my salary in rent and I can barely make ends meet. What’s going to happen to me when Amazon comes and this is the hottest neighborhood in New York and my rent goes up and I’m thrown out of the neighborhood? Where am I going to go?’ The city needs to continue to grow and we need more housing, but how do we do that and still balance the needs of the people who have a fear of losing their home?”

Kasirer believes it is possible to strike that balance. “When we went to Roosevelt Island, people were like, ‘Why would we want a $2 billion development on our little island?’ We met with the community. We met with the leaders many, many times and we addressed every concern and question they had and took their ideas into account, committing to things that the community cared about. Addressing them was as important to us as it was to the community because working together would allow everything to work.”

Today, Cornell Tech is a model of tomorrow’s world where educators, employers, builders, residents and government have managed to produce the kind of self-sustaining community that is producing next generation innovators who, according to Kasirer, will lead New York City into the bigger and better future.
“Imagine if we could do this all over the city. These are the kinds of stories the real estate industry needs to be heard. Development can work and it can be done in a way that is good for us all.”