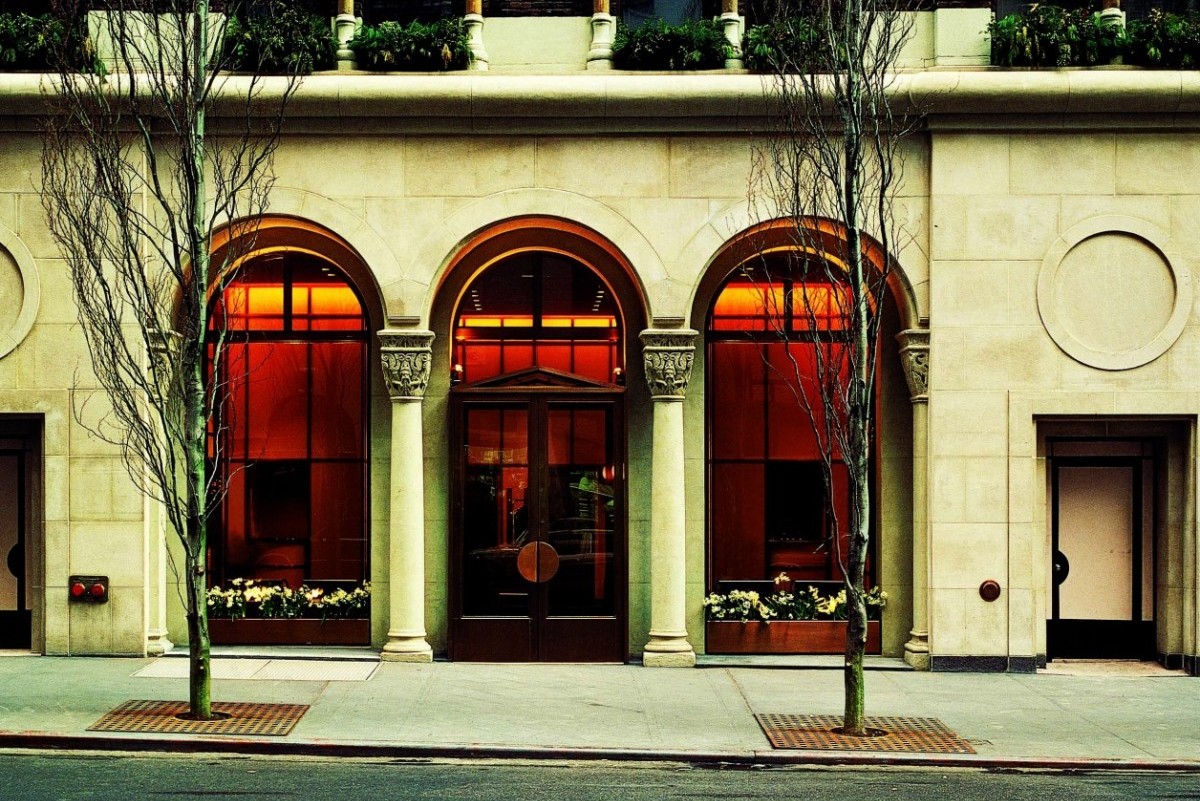 Investors in contract for Morgans Hotel

Real estate investment firms The Kash Group and Shel Capital are in contract to acquire the 117-key Morgans Hotel in Murray Hill.

The 17-story property, located at 237 Madison Avenue, was bought for $41 million, according to the Real Deal. The joint venture plans to convert the hotel, which was built in 1927 with designs from Andrew Thomas, into micro-unit condominiums.

“There is significant upside potential in the conversion of this architecturally distinctive, historical property, in a neighborhood with a distinctive community feel and convenient access to midtown,” said Shlomo Bakhash, the president of Kash Group.

“When completed, the property will offer residents an urban oasis in a market that has limited competitive properties of this type and continuing strong residential demand. We will be introducing an exciting, innovative and groundbreaking new product to this market,” he added.

The 71,000 s/f property will be delivered vacant. Kash Group and Shel Capital are planning capital improvements on the site as part of the residential conversion.

Shel Capital, which is led by co-founders Jonathan Bakhash and Rony Kravel, owns a collection of apartment buildings in Brooklyn. These include 770 St. Marks Avenue, 601 Greenwood Avenue and 286, 288 and 290 Clinton Avenue. The Kash Group, meanwhile, owns extended stay hotel The William at 24 East 39th Street.

The seller is Felcor Lodging Trust, which recently entered a $7 billion merger with RLJ Lodging Trust. Felcor has two Manhattan hotels remaining in its portfolio. These include The Knickerbocker at 1466 Broadway and the Royalton New York at 44 West 44th Street. The deal is expected to close next month.

The JV partnership originally purchased The Crossings at Jefferson Park in 2013. They launched a renovation and rebranding of the 525,000 s/f Class A property located at 115 South Jefferson Road, with a redesign focused on promoting health, wellness, and sustainability.

Vision founder and managing partner Sam Morreale said, “We purchased The Crossings for a smart price and invested significant capital in creating an environment that would attract today’s most discerning office space users.

“The fact that an existing tenant approached us with the desire to become owner/occupier provides the greatest testament to what we have accomplished.”

The partners also turned a former powerhouse structure at The Crossings into a stand-alone amenities center named The Powerhouse. The 11,000 s/f building provides gourmet food services, a business center and health and wellness facility located close to a bike share station and bike storage.

The Rockefeller Group has closed on the two New York development trades with Extell Development.

Fried Frank acted as counsel to Rockefeller in the sale of 45,000 s/f of development rights to Extell Development for its proposed development of a Hard Rock Hotel at West 48th Street, between Sixth and Seventh avenues.

Extell has teamed up with Hard Rock International to develop a new hotel on the block’s northside.

Fried Frank also acted as counsel to Rockefeller Group in connection with its acquisition from Extell of 30-32 East 29th Street in NoMad.

Rockefeller Group plans to develop a 170,000 s/f residential tower on the property acquired from Extell together with adjacent land at 34-36 East 29th Street and development rights from four additional parcels.

Fried Frank represented Rockefeller group in its acquisition of all fee parcels and development rights for the new development.

The Fried Frank teams for both deals were led by real estate partner Zachary Bernstein.

ONE Commercial Realty Services has been retained to sale or lease of 2335 12th Avenue, a warehouse building on the east side of 12th Avenue in West Harlem.

According to brokers Andrew Levine and Josh Lipton, the property is prime for an end-user to either purchase or lease 22,500 s/f, or a developer to utilize 45,774 buildable square feet (BSF) as of right.

All uses are considered for a retail tenant and the site has flexible MMU zoning.

“This retail/redevelopment opportunity is just steps away from the seven million s/f Columbia University Expansion Project, as well as many restaurants and bars catering to the retail demands of, what has been described, as the mini-Meatpacking District,” said Levine.

Phase 1 of the 17-acre Manhatanville expansion is nearing completion and Columbia University has reached agreements with the City to invest $160 million back into the Harlem community.

“The entire 17-acre campus is set to open in 2030 making this investment or retail space ideal for a long-term holder,” added Lipton.

MANE will occupy 70,000 s/f of the 102,000 s/f property, relocating its U.S. headquarters from Wayne, NJ. Two existing tenants, Hollister Construction Services and Ascend Laboratories, will remain in the building.

MANE purchased the property for an undisclosed price from Prism Capital Partners, which recently completed a series of capital improvements including an overhaul of the three-story atrium lobby and upgraded finishes throughout.

Prism will fit out MANE’s new headquarters, which will include office, research and lab space and will build a new cafeteria and fitness center for the company.

The facility, which is currently a distribution center for bath tissue and paper towel manufacturer Marcal, was sold for around $30 million, according to America Real Estate’s Richard Harris, who represented the seller.

According to NorthJersey.com, the deal is believed to be one of the largest industrial transactions in Northern New Jersey this year.

The building, at 35 Market Street, was sold by the Marcalus family, which established the paper mill in the 1930s. The family, which lost the company after filing for bankruptcy in 2006, retained ownership of the building. The family leased the building to Soundview Paper, which bought Marcal Paper Mills in 2012.

Soundview told NorthJersey that it does not expect the sale to affect its operations.

The sale comes about four months after a fire at the complex. At the time of the sale, the facility was still being used as a shipping and distribution facility.