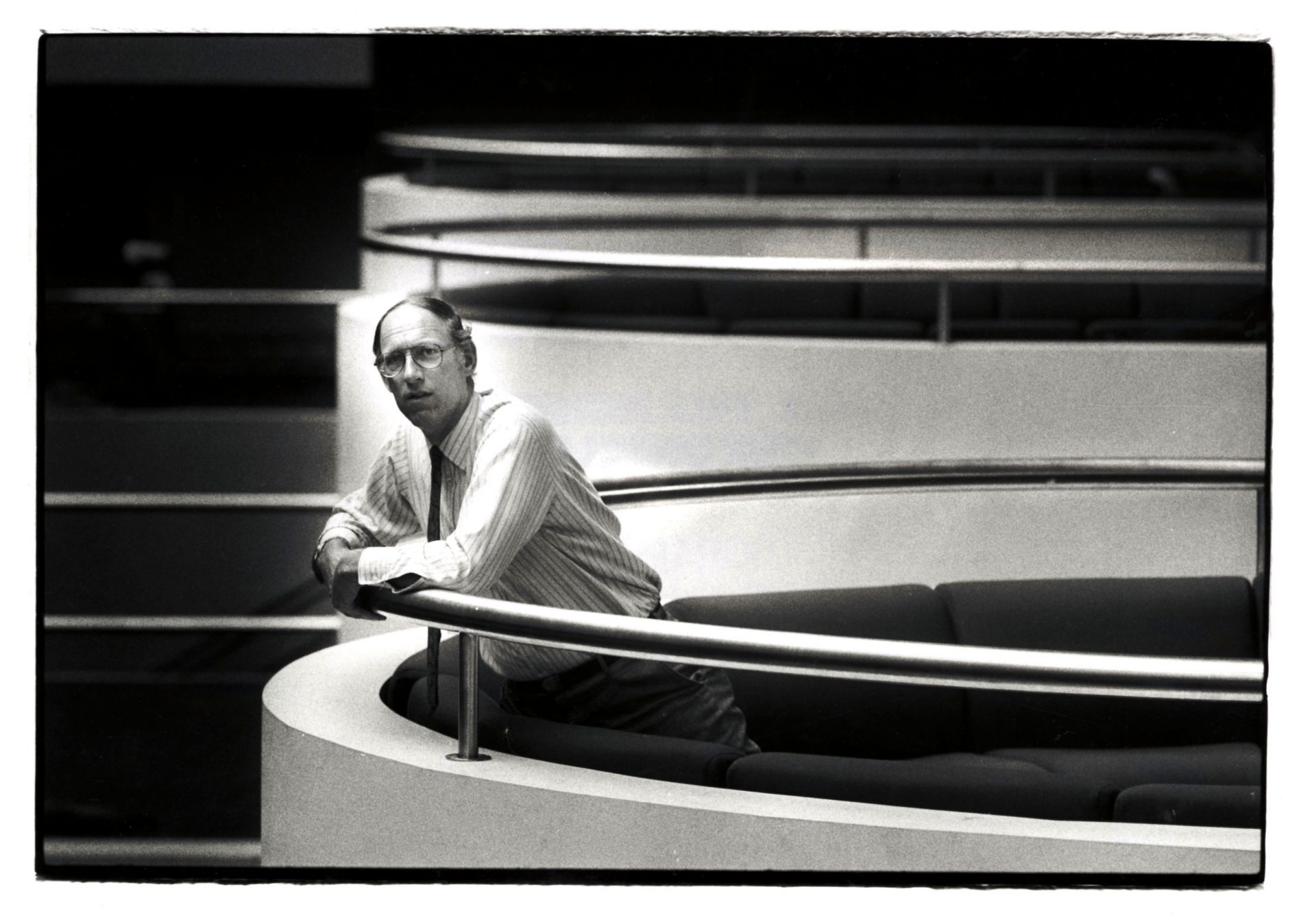 Art Gensler, an architect and visionary who propelled a small practice into one of the largest and most admired firms in the industry, has passed away peacefully at home in Mill Valley, California. He was 85.

Art was an industry icon and entrepreneur with the vision that we not only design spaces, but we do so with the understanding that they have the power to shape how we experience the world and who we become within it.

During a 65-year career, his gift to the firm was an ethos that has allowed Gensler to continue to grow and prosper. That ethos was distinguished by a belief in collaboration, support of design education and career advancement, respect for individuals, dedication to clients, and endorsement of sustainable design. All these values blended to form the unique and lasting culture he established at his namesake firm.

His vision of a collaborative culture that emphasizes a selfless client first design approach has become a characteristic Gensler trait, and has helped propel the firm to global prominence long after Art stepped down as CEO in 2005 and Chairman in 2010.

After Art’s retirement from the board, he remained a constant presence in the firm, renowned as a mentor to our next generation of leaders. Art made a profound difference in the lives of many people in the firm and the local, national, and international community.

Of all the architects of his generation, Art Gensler stands out as the preeminent firm-builder. He founded and built a collaborative practice that has had wide influence on the profession and become the industry benchmark for a well-run, conservatively managed business.

Born in Brooklyn, New York in 1935, he completed his Bachelor of Architecture degree from Cornell University’s College of Architecture, Art, and Planning in 1958, during which time he met his wife of almost 60 years, Drucilla (Drue) Cortell Gensler. The couple married in 1957 and moved from New York to San Francisco in 1962. In 1965, Art and Drue co-founded M. Arthur Gensler Jr. & Associates, Inc. with James Follett. They started the business in a one-room office with just one draftsman and $200 in the bank.

Art started the firm with a focus on work that fell below the radar screen for many architects — space planning and interiors. In the process, he virtually created interior design as a new category of architectural practice, bringing it to a new level of professionalism.

Under his leadership, the firm was pioneer in the practice of interior architecture, playing a significant role in developing client understanding of the value of the profession. Early in his career, he recognized the need for a new architectural discipline that came to be known as tenant development. Beginning with the Alcoa Building in San Francisco, the firm developed the programming practices that have become the framework for interior architectural projects throughout the profession.

In 2010, Art stepped down as the firm’s chairman — putting the Co-CEO model in place that still exists today with Andy Cohen and Diane Hoskins leading the firm. Art spent his later years giving back to the community and his alma mater, serving as a Trustee of the Buck Institute for Aging, San Francisco Museum of Modern Art, and the California College of the Arts.

Recently Art, along with his family, gifted $10 million to Cornell University’s College of Architecture, Art, and Planning (AAP) — a gift that will sustain AAP’s thriving New York City based program, which was a longtime dream of Art’s.

Accomplishments throughout his storied career include being named a Fellow of both the American Institute of Architects (FAIA) and the International Interior Design Association (FIIDA), and a professional member of the Royal Institute of British Architects. He received a Design Futures Council Lifetime Achievement Award in 2016. A charter member of Interior Design magazine’s Hall of Fame and a recipient of IIDA’s Star Award, he also received Ernst & Young LLP’s Lifetime Achievement Award and the Cornell Entrepreneur of the Year Award.

Art was predeceased by his wife of nearly 60 years, Drucilla (Drue) Cortell Gensler. He is survived by his four sons and their families: David and his children (Aaron, Thisbe, Dunia, and Pales) with Alisoun; Robert and his wife Gillian; Douglas and his children (Cortie, Cailin, and Mamie) with Kinzie; and Kenneth and his children (Morgan, Jake, and Sam) with Jennifer and grandchild (and Art’s great-grandchild) Charlotte.

Andy Cohen, Co-CEO, Gensler, commented, “Art’s passing is a great loss for our industry and for me personally. He was my mentor, coach, and great friend for 40 years. As our founder, he helped mold my career and those of so many other Gensler leaders. He laid the foundations for the company to become a global powerhouse – one that has repeatedly been recognized as the most admired design firm in the world. He taught us all about pursuing personal passions, opening doors for our people to excel at what they love to do, and working together to redefine the profession. He demonstrated how design has the power to create a better world. He showed us anything is possible.”