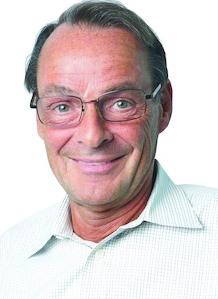 Mr Astley was a veteran of the office furniture manufacturing and distribution sector and was most recently responsible for managing the one million square feet of furniture for Condé Nast Publications at 1 World Trade Center.

Born in Norfolk, England, he was educated in Switzerland then worked and traveled across the globe.

Earlier in his career, he served as general manager for a major Canadian furniture manufacturer. Upon his arrival to the United States in 1992, he assumed the position of regional vice president for a leading furniture manufacturer and later held senior positions with several dealerships.

After joining Lane Office in 2000, Mr Astley was  responsible for the day-to-day management of the company.

Lane Office principal Gregory F. Burke said: “Hugh was not only my friend, he was an integral part of the team we built here at Lane Office. We will miss his leadership and wit.ˮ

Mr Astley is survived by wife, Denise, his five children Martin, Caroline, Dominic, Christopher and Joelle, and his six grandchildren.

Don’t let Airbnb and its ilk blow off the rules